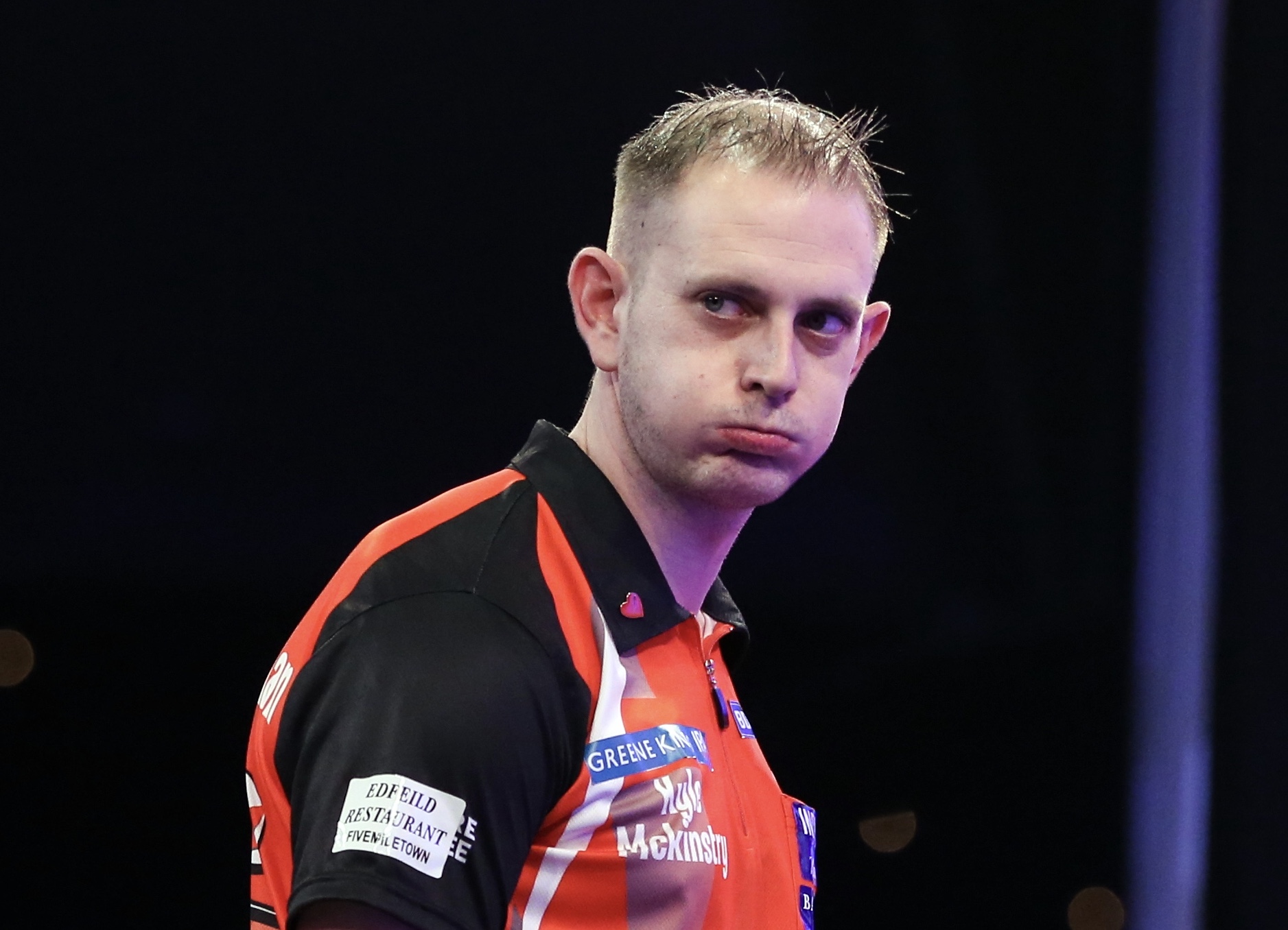 Kyle McKinstry has become the second player to confess to match-fixing during the recent remotely contested Modus Icons of Darts Live League.

McKinstry, 33, originally indicated his decision to appeal the matter, having been accused of match-fixing by the International Betting Integrity Association (IBIA) in two matches during the online competition.

However, the Northern Irishman has since admitted to the allegations and will now remain suspended from all Darts Regulation Authority (DRA) sanctioned tournaments, alongside Dutch youngster Wessel Nijman.

Both players are awaiting hearings from the sport’s regulatory body, and could receive extended bans from regulated tournaments, including the PDC Challenge Tour and Qualifying School, due to their avoidable actions.

A Professional Darts Players Association (PDPA) statement read: “The PDPA are aware that Kyle McKinstry has admitted to a charge related to match-fixing in a DRA sanctioned event, unconnected with the Professional Darts Corporation.

“The DRA are in the process of dealing with this case – which is considered to be serious. It was announced last week that McKinstry has been suspended from attending or competing in DRA sanctioned events until the conclusion of his DRA hearing.

“McKinstry has admitted a charge of match-fixing in a fixture against David Evans. There is no suggestion whatsoever of any wrongdoing by Evans.

“The PDPA is assisting all parties concerned, including McKinstry, and will continue to offer support in line with its duties as an organisation.

“Our primary purpose is to serve and support all of our members and we hope that McKinstry’s mistakes and any punishment he may receive will also act as a reminder of the severity of such an offence.

“Members are reminded to engage with our educational activities, including the e-learning module on betting integrity and our annual seminars. We also recently released new social media guidance – which includes the advice to report any integrity issues to the relevant authority.

“Any suspicious approaches should be reported to the DRA or players should contact the PDPA for assistance in such matters.

“The PDPA will be making no further comment on this case at this time, but would like to take this opportunity to remind all members to remain vigilant, educated and safe in this area.”

Since confessing to serious match-fixing allegations, McKinstry’s management stable MDA Promotions have ceased their affiliation with him.

A statement from Matthew Ward read: “It is with sadness that MDA Promotions and Kyle McKinstry have parted company by mutual consent.

“Following the disappointing match-fixing and betting revelations involving Kyle, we have been left with little option going forward.

“This management prides itself on sporting integrity at all times and has done for its entire involvement in any sporting activity, darts or otherwise.

“Therefore such actions are completely unacceptable. Kyle understands the position he has put MDA Promotions in.

“We would like to place on record that up until last week, Kyle has been a model professional and we regret having to part company.

“We would like to wish Kyle all the best in battling this huge setback and all the success for the future.”