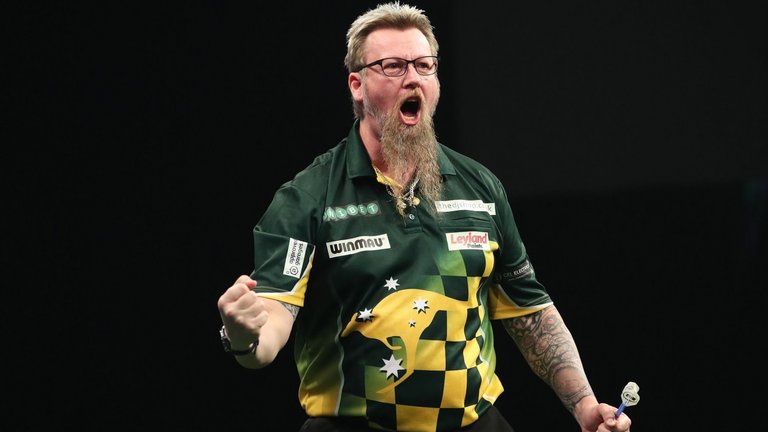 Well if you saw my earlier post today I said I fancied Corey Cadby to beat Simon Whitlock and I was wrong, hold my hands up and admit I was wrong. But Cadby should have went for double 15 and he would have been 5-4 up. Anyhow that’s darts.

I was right about Kyle Anderson being shocked by Damon Heta and all the other matches were landslides even Barneys who looked awful with mostly a mid 70’s average all match.

Here are the results:

ITV4 are showing the quarterfinals delayed from live coverage on Saturday and Semis and Final on Sundays.