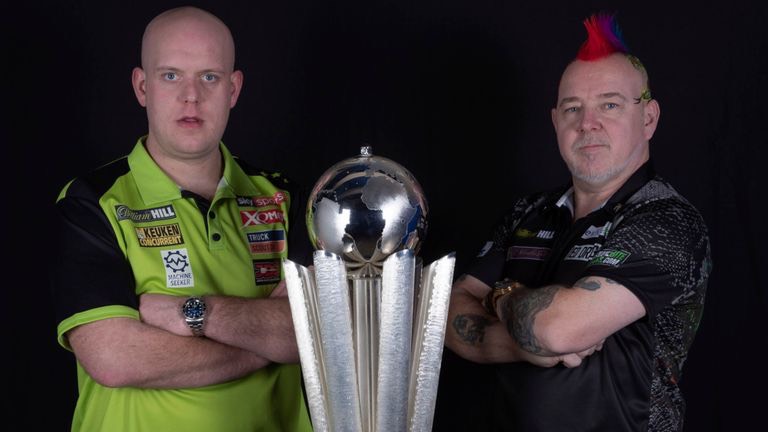 Sherrock’s achievements were played down by a certain van Gerwen – who on New Year’s Day sets sights on defending his World Championship crown for a first time.

Van Gerwen has thus far failed to find his blisteringly good form, with many therefore believing that Wright stands a valiant chance against the world number one, despite having lost all nine of their meetings in televised finals.

The Dutchman is yet to be rattled by anyone going into Wednesday’s final, after seeing off Jelle Klaasen, and whitewashing both Stephen Bunting and Ricky Evans leading up to the quarter-finals.

Darius Labanauskas of Lithuania was next to be ousted he the reigning world champion, prior to Nathan Aspinall being brushed aside in Monday’s semi-finals.

As for Wright, he’s endured a firm examination. His close calls commenced at his first hurdle as the PDC Asian Tour star Noel Malicdem squandered a match dart at the bull, with ‘Snakebite’ nailing 302 in six darts to prevail.

It was quite simply a breathtaking piece of composure and skill from the Scotsman, and one that without pulling off, he simply wouldn’t be into his second world final.

Another Asian opponent in Seigo Asada proved relatively straightforward for Wright, before he found himself in a yet another closely contested clash.

Wright opened up a 3-0 advantage against Jeffrey de Zwaan, eventually pulling through a 4-3 victor, before denying Luke Humphries in the last eight.

The former UK Open champion subsequently became embroiled in a semi-final tussle with Gerwyn Price, as words were exchanged between the pair both on and off stage, and antics in both corners were criticised post-match.

Both Price and Wright made up via social media, and the latter now eyes his first World Championship crown just two months before he reaches his half-century in age.

‘Snakebite’ has endured numerous battle scars whilst taking on van Gerwen in majors, and whether he can overcome them on New Year’s Day is another question.

He has without a shadow of doubt been the better player of the two leading into the showpiece staging, though, van Gerwen can flick that switch at any time and produce scintillating stuff on the biggest stage of them all.

The Dutchman lifted the World Championship, Masters, Premier League, World Grand Prix, World Series Finals and Players Championship Finals in 2019 as well as his ‘Green Sweep’ completion coming into existence at the Champions League of Darts.

As for Wright he claimed the German Darts Masters and three ProTour titles this year, whilst being runner-up in the Champions League and the Grand Slam of Darts – a status that is occurring way too much for his liking.

‘Snakebite’ Wright has already made the space in his Suffolk residence to place the Sid Waddell Trophy, is now the time that that empty glass cabinet will be filled with silverware? He’s not been defeated by a certain van Gerwen this decade, remember!

Van Gerwen’s ‘Seven Nations Army’ walk-on song was bellowed out over Westminster, London in the early hours as the New Year’s celebrations began.

That same song will be joined by a chorus of a ‘Oh…Michael van Gerwen’ come around 8pm, while Peter Wright will beforehand get the party started.

Where are they now? PDC’s top 20 at the start of the decade