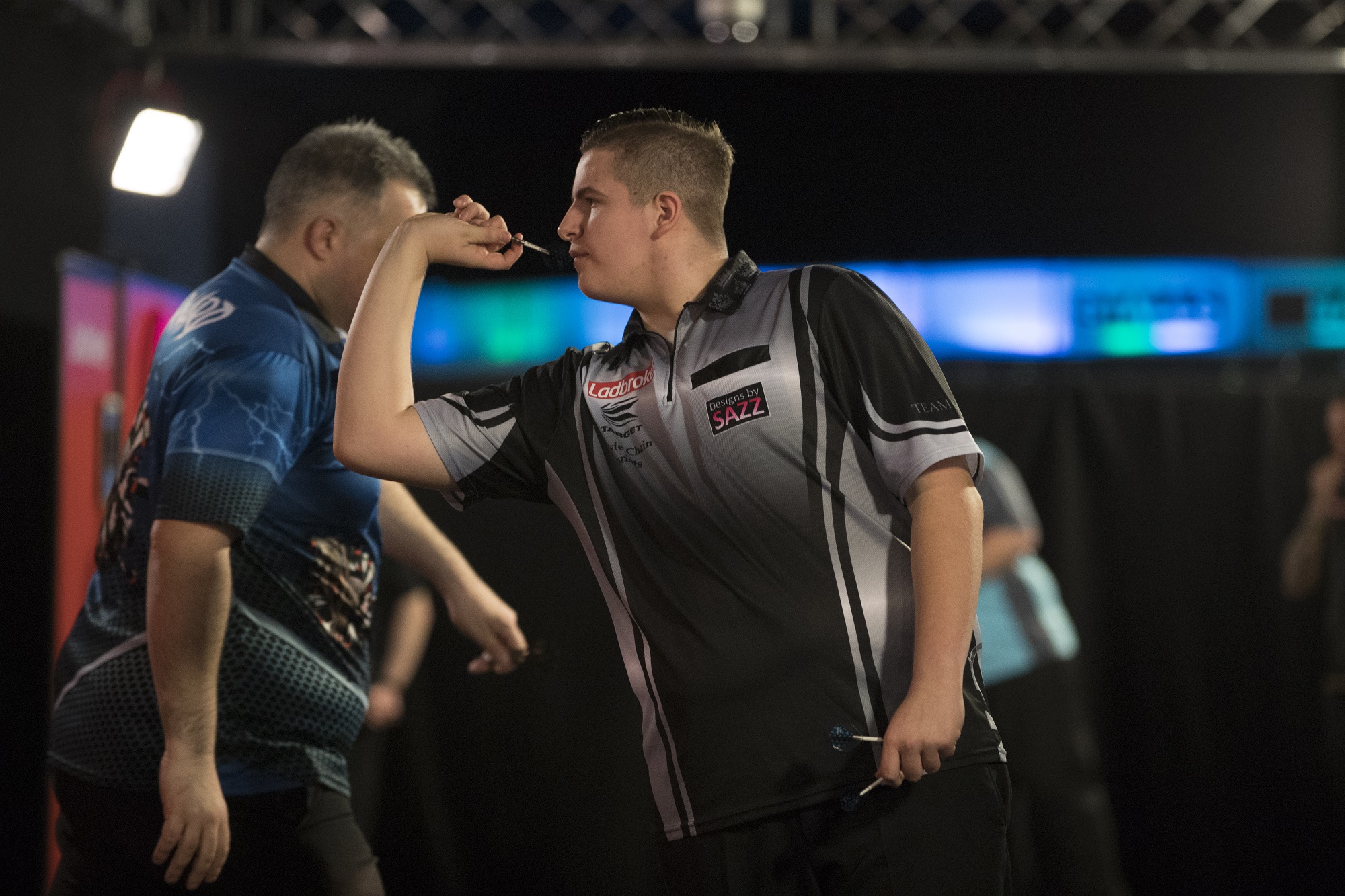 Phase Two of the Modus Icons of Darts Live League commenced on Monday, with youngster Jarred Cole claiming the Day One title on leg difference.

Cole, who impressed during the first phase of the Modus initiative, won five of his six match throughout an intense day – which saw 21 encounters take place in total.

‘The King of the Castle’ ousted BDO World Championship quarter-finalist David Evans in his opener, recording a scintillating 98.64 average and pinning a 121 checkout to seal a 4-2 victory.

Cole then once again averaged over the 95 mark in a comfortable win over Spain’s Jose Justicia, before enduring his only defeat of the day at the hands of Ritchie Edhouse.

He returned to winning ways by narrowly claiming the scalp of Fallon Sherrock, prior to producing his most prolific performance against Paul Nicholson.

Cole registered a 99.56 in his 4-1 thrashing of the former Players Championship Finals winner and executed 67 per cent of his attempts on the doubles.

The London-based ace subsequently concluded his afternoon’s work with his fifth ton-plus checkout and another 95-plus average in denying three-time world champion Martin Adams.

Despite not running out victorious, global sensation Sherrock played an integral part of the eventual outcome as she ended Edhouse’s five-match winning streak and scuppered his hopes of topping the table.

It was the only match Sherrock won during a difficult day at the office, while Edhouse was narrowly denied the title on leg difference despite beating Cole in the early stages.

Week One – Day One
Monday May 4