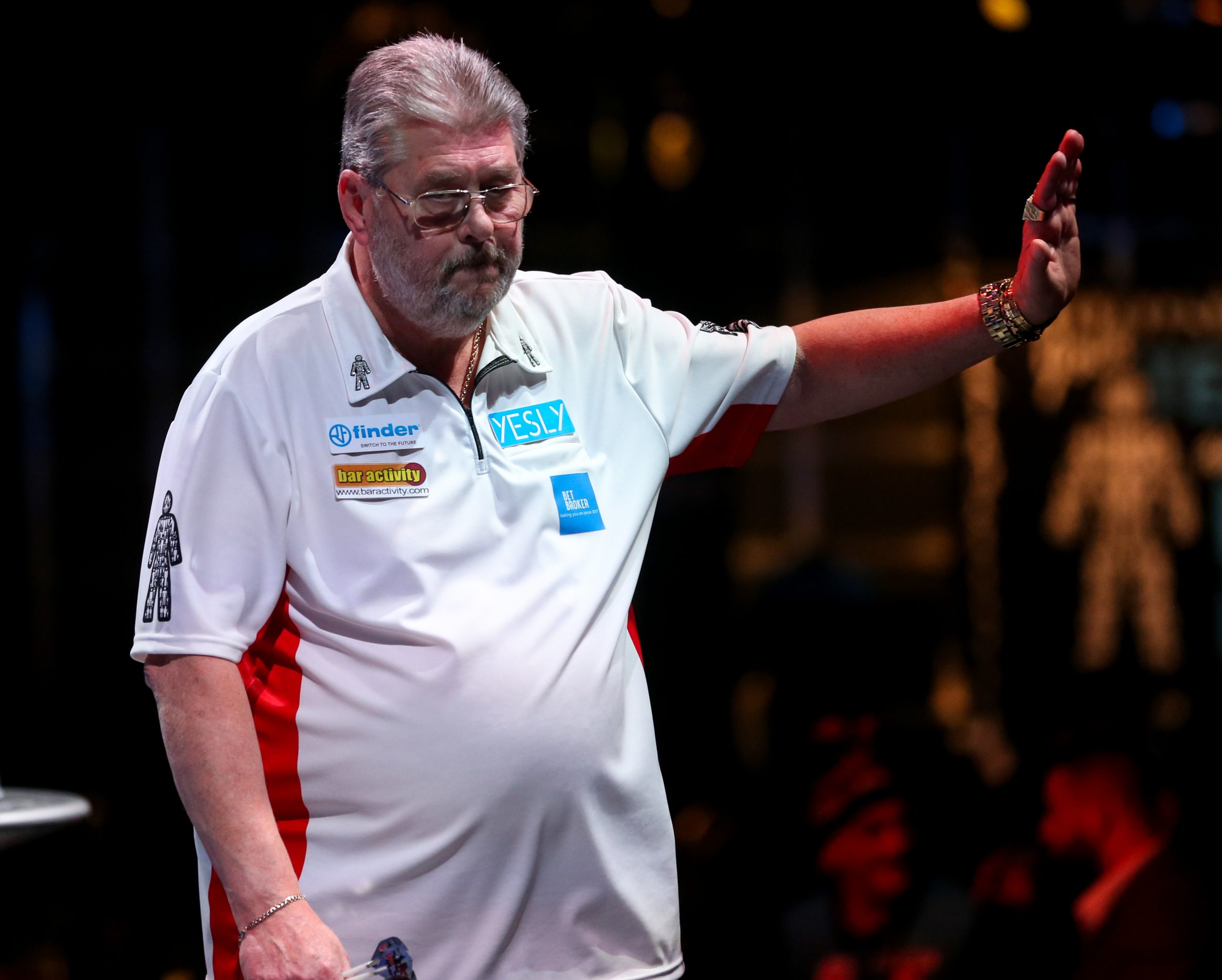 The 63-year-old won five of his six matches during a series of scintillating showings to become the third different player to reign victorious in this week’s Pool A.

Prior to Adams sealing top spot on Friday afternoon, David Evans and Jarred Cole claimed the spoils on Monday and Wednesday respectively, with Evans being denied a second success on leg difference.

Adams commenced his campaign with an emphatic defeat at the hands of Evans – who averaged over the 100 mark and pinned four of his seven attempts on the doubles.

The three-time champion of the world then thrashed Ritchie Edhouse 4-1, before repeating the same scoreline in an impressive victory over Spain’s Jose Justicia.

A scintillating 103.07 average was recorded by Adams, as well as an impressive 121 checkout on the bullseye and 80 per cent on the outer ring.

He then swept aside Monday’s champion Jarred Cole prior to narrowly seeing off Fallon Sherrock in a deciding leg, despite squandering a grand total of 18 darts at double.

Heading into the final match of the afternoon, Wednesday’s winner Evans was sat in pole position with only a 4-0 win for Adams being enough to scupper his top spot.

A 4-0 win was exactly what Adams achieved as he thrashed Paul Nicholson with a blistering display. The 63-year-old executed finishes of 72, 80 and 85, and clocked a convincing 100.20 average, as well as recording a clinical 80 per cent checkout rate.

With Pool A players’ week having come to a close, Adams will return to action on Sunday, facing Phil Taylor, Sherrock and Anastasia Dobromyslova in an exhibition evening.

The Modus Icons of Darts Live League will return on Saturday with Pool B players returning to the fray, including nine-dart hero Arron Monk.

Week One – Day Five
Friday May 8

Week One – Day Six
Saturday May 9