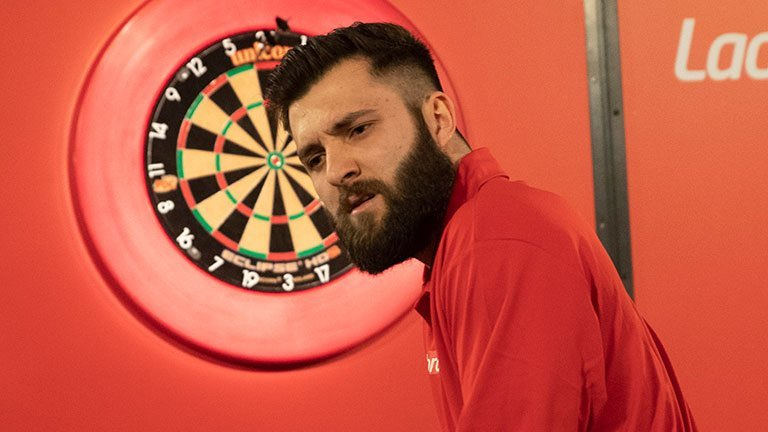 Modus Icons of Darts: Askew claims the spoils on Day One as Phase Three gets underway

Jason Askew claimed the spoils on Day One as the third phase of the Modus Icons of Darts Live League got underway on Tuesday afternoon.

Askew enjoyed success on one occasion as part of Phase Two in the Icons of Darts Live League, before triumphing on Tuesday with five victories to his name.

Askew commenced his campaign with his only defeat of the day at the hands of Keelan Kay as the Devon youngster pinned a clutch 78 checkout to seal the deal with his opponent sat on a two-dart checkout.

A customary 93.75 average and 50 per cent on the outer ring helped Askew get off the mark at second attempt in a convincing 5-2 victory over Saturday’s winner Andy Jenkins.

Askew then converted checkouts of 98 and 122 en route to overcoming Russian number one Boris Koltsov, before producing a scintillating standard in a whitewash win over 2015 BDO world champion Scott Mitchell.

Mitchell registered an impressive 98.68 averaged compared to his opponent’s blistering 107.36 average, with Askew also pinning five out of his eight attempts on the doubles.

After thrashing ‘Scotty Dog’ in fantastic fashion and therefore strengthening his chances of securing top spot, Askew clocked another doubling masterclass in a narrow 5-4 win over Mark Webster.

Former world champion Webster, who turned back the clock on Thursday to claim his maiden Icons of Darts Live League crown, was on the wrong end of eye-opening 120 and 170 checkouts from an astounding Askew.

Elsewhere, on a closely contested day in the tournament, Mitchell finished second best with three victories to his name, while the remaining quartet were separated by only leg difference.