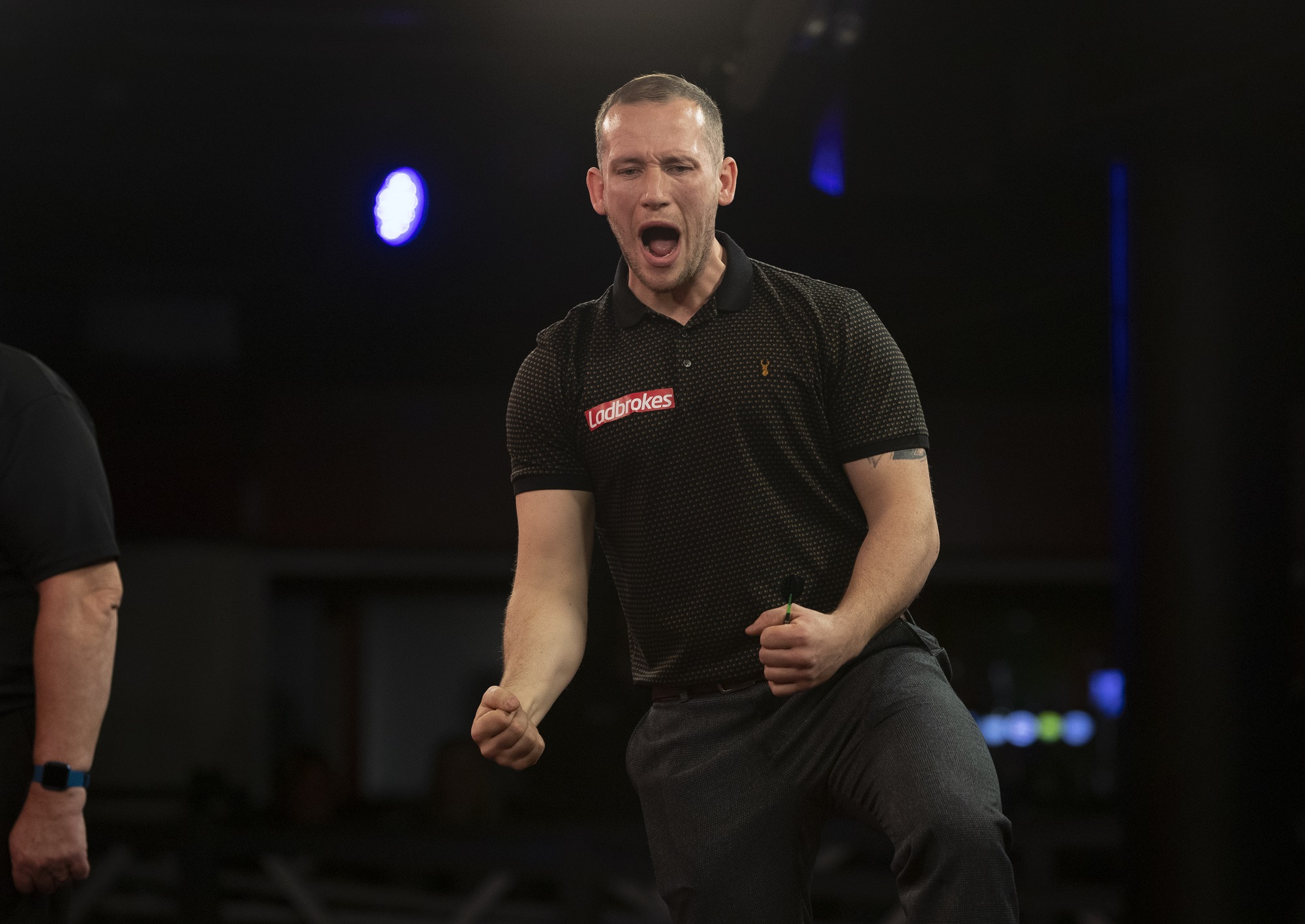 Arron Monk continued his blistering form as the second pool of players entered the fray on Day Two of the second phase of the Modus Icons of Darts Live League.

Monk, who has impressed since being elected to participate in the Icons of Darts Live League, won five out of his six matches during an intense session – which contained 21 intriguing collisions in total.

The former world youth champion began his campaign in spellbinding fashion as he ousted 19-year-old Wessel Nijman with a scintillating average of 107.16 and pinning four of his five attempts on the doubles.

Monk then averaged over the 100 mark once again despite enduring his first defeat of the day at the hands of Andy Jenkins, before coming through a high-quality affair with Jason Askew.

The Andover-based ace clocked a blistering 110.05 average compared to Askew’s 104.01 in a match which saw the former pin a 10-darter and the latter execute a 164 checkout.

Mark Webster was then on the wrong end of a masterclass from Monk – who once again averaged in excess of 105 in another remarkable display.

Both Askew and Jenkins were denied top spot on leg difference, with farmer Mitchell playing an integral role as he pinched two legs from both in the latter stages.

The Modus Icons of Darts Live League resumes on Wednesday morning with the first pool of players returning to competitive action and major champions Martin Adams and Paul Nicholson colliding in the opener.

Week One – Day Two
Tuesday May 5

Week One – Day Three
Wednesday May 6