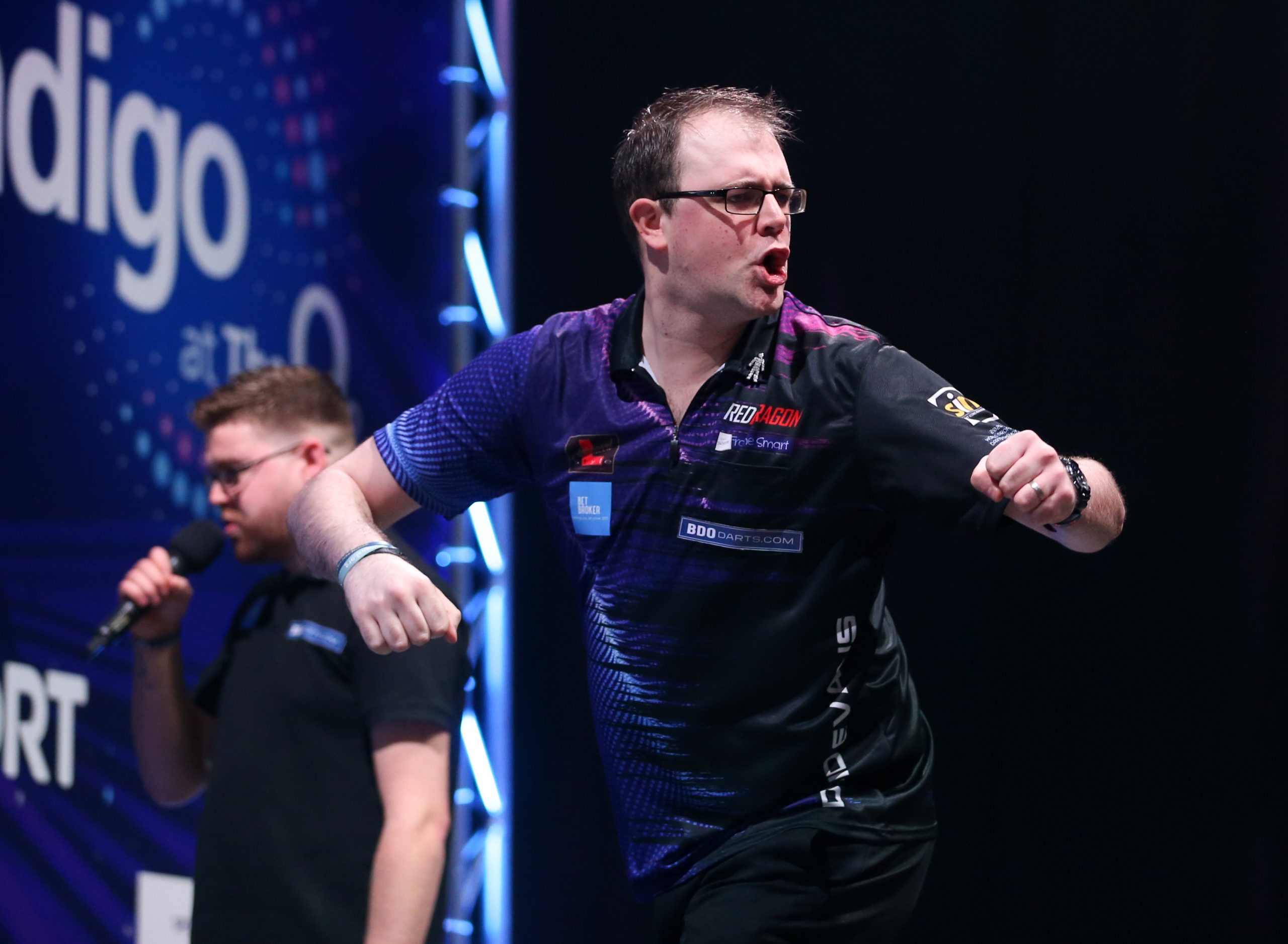 David Evans came close to nailing a nine-darter during his triumphant campaign on Day Two as the second week of Phase Two in the Modus Icons of Darts Live League continued.

Evans, who reached the quarter-finals of the BDO World Championship in December, maintained an unbeaten streak throughout the duration of the afternoon, winning six out of six in a scintillating string of performances.

Evans pinned back-to-back maximums in the second leg against the former world youth champion, before snatching at his attempt at double 12 for the illusive 141 checkout.

The 30-year-old then recorded another ton-plus average in comfortably overcoming Adam Huckvale, prior to ousting a well below-par Darryl Fitton – who was making his Icons of Darts Live League debut on Tuesday afternoon.

Scott Mitchell was subsequently beaten by Evans, before the Manchester-based ace capped off his remarkable afternoon’s work with a 4-1 win over Paul Nicholson despite squandering ten darts on the outer ring.

Phase Two of the Modus Icons of Darts Live League resumes on Wednesday with Pool A players returning to action.