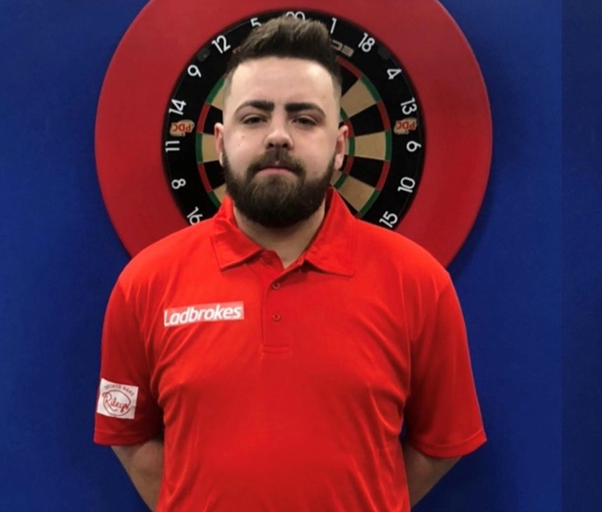 Smith, 22, claimed the spoils on Monday afternoon after winning five of his six matches, and emulated that form two days later whilst topping the table once again.

Absolutely over the moon to win the for a second time this week ! Massive thankyou to @ModusDarts180 for the opportunity and @TheAsset180 for your time and everyone involved with it and my manager @cosenstom for everything !! Onto Friday ??? https://t.co/IUJ3FTVrXB

He began his campaign with a 4-0 win over Adam Huckvale despite missing a staggering 19 darts at double, before enduring defeat at the hands of Fallon Sherrock in a last leg decider.

Smith then returned to form in fantastic fashion in the subsequent match, recording a 103.27 average in a 4-2 victory over three-time world champion Martin Adams.

After executing finishes of 127 and 160 in an impressive performance against Adams, Smith ousted Diogo Portela, before making it three wins on the spin with victory over former world youth champion James Hubbard.

In his culminating clash of the afternoon, the Welshman overcame Boris Koltsov, massively hindering the Russian number one’s hopes of clinching the Day Three crown.

Koltsov led 2-0 and pinned a 131 checkout in the early stages and was seemingly en route to strengthening his chances of topping the table, though, Smith upped the ante and reeled off four legs in succession to prevail.

Cardigan-based Smith topped the pile with a four-point gap come the end of Wednesday afternoon’s action, with Koltsov’s defeat in the final match at the hands of Diogo Portela meaning that five players were separated by only leg difference.

Brazil’s Portela produced the performance of the day as he averaged 105.47 in a 4-0 rout of the Russian, pinning four of his six attempts on the outer ring.

Phase Two of the Modus Icons of Darts Live League resumes on Thursday morning with Pool B players returning to action, including Tuesday’s winner David Evans.