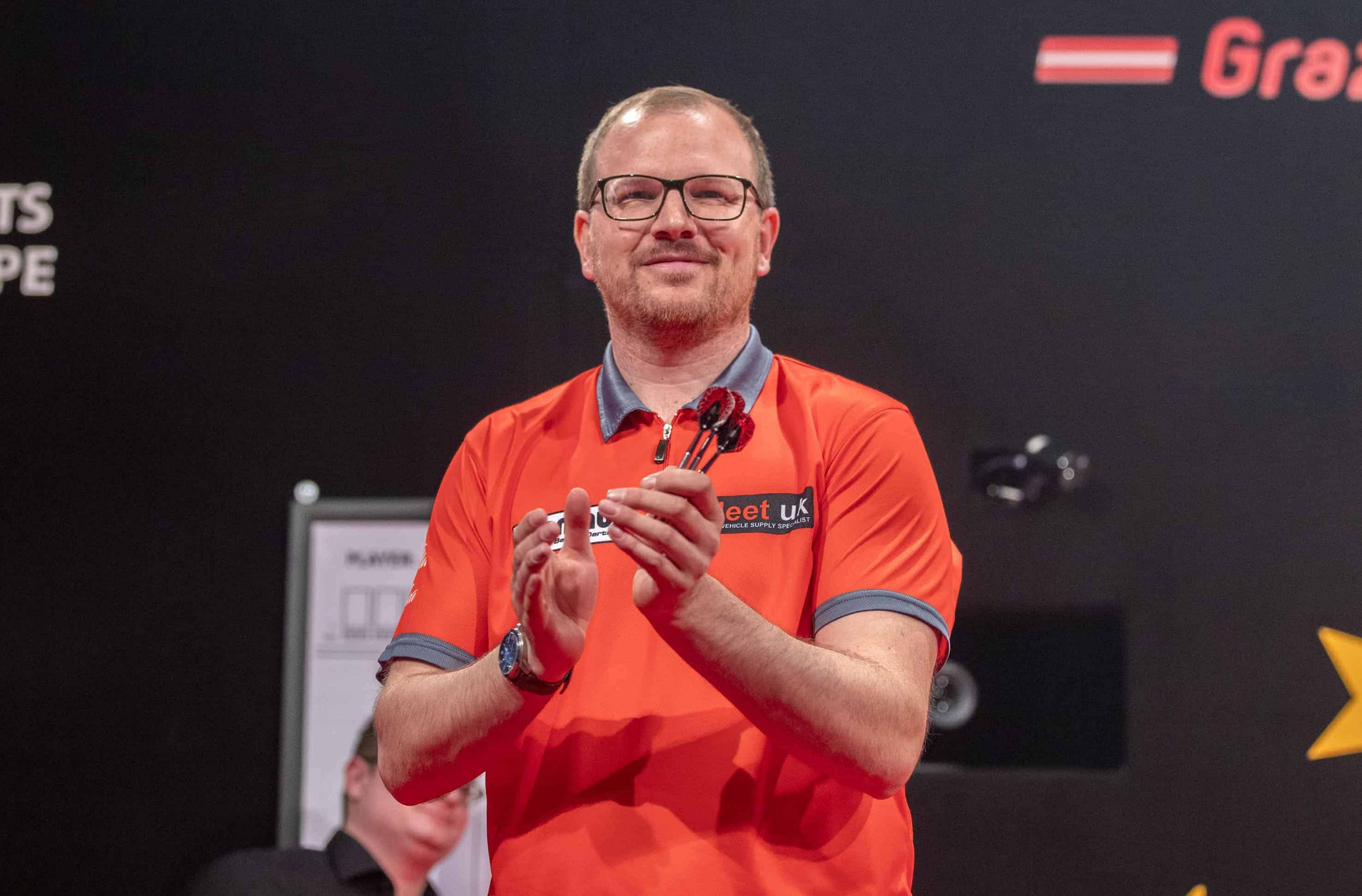 Mark Webster turned back the clock to top the table in Phase Two of the Modus Icons of Darts Live League for the first time on Thursday afternoon.

Webster’s nine years on the professional circuit ceased at the culmination of last season, and the former BDO world champion opted against attending Qualifying School in the hope of earning his PDC tour card back.

Instead he chose to spend a year away from the playing side of the sport and focus on his media commitments, only to receive an invitation for the broadcasted Icons of Darts Live League.

‘The Spider’ originally struggled upon gracing his practice board, spending the majority of his time involved at the foot of the table. However, Webster rolled back the years on Thursday, claiming five victories from a possible six.

There were signs developing of a Webster resurgence during Tuesday’s session as the Welshman recorded multiple averages of around the 100 mark.

Those performances would soon prove a distance memory in his opener two days later. Scott Mitchell dispatched him with relative ease, with Webster registering a meagre 72.08 average.

Nevertheless, the indications began to emerge once more. He brushed aside former world youth champion Arron Monk with four out of seven on the doubles, before thrashing David Evans with an impressive 96.75 average.

Mark Webster taking to the stage during his time on the professional scene (Photography: Chris Sargeant)

Following the conclusion of title rival Mitchell’s campaign, Webster could only afford to drop a pantry six legs if he was to run out victorious, achieving that with flying colours.

Jarred Cole, Ritchie Edhouse and Andy Jenkins were all trounced to the loss of a mere three legs, with Webster visibly ecstatic after sealing the deal with a 164 outshot against former World Championship semi-finalist Jenkins.

Mitchell’s highlight of the afternoon arrived in his concluding match as he converted an exhibition 125 checkout whilst utilising two bullseyes.

Phase Two of the Modus Icons of Darts Live League resumes on Friday morning as double winner Martin Adams returns in hope of completing the hat-trick.