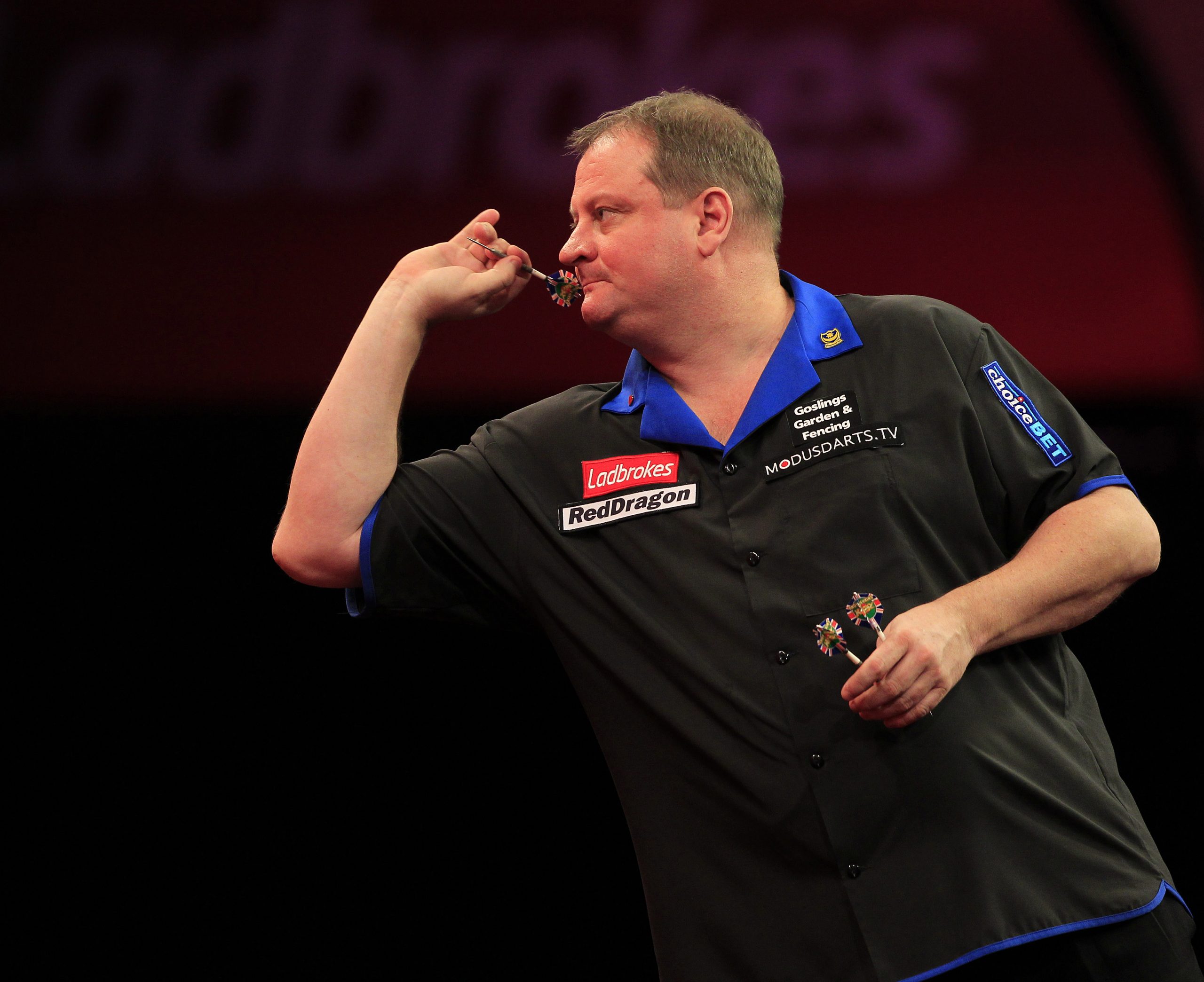 Andy Jenkins edged out Scott Mitchell and Arron Monk on leg difference to finish top on the final day of week one of Modus’ Icons of Darts Live League Phase Two.

Former PDC World Championship semi-finalist Jenkins had missed out on the title on both Tuesday and Thursday on leg difference, but made up for those shortcomings by winning four of his six games on Saturday to end the day with the best record of the seven players.

Monk and Mike Warburton had taken top spot earlier in the week, but the Welshman struggled to find his best all day and a 4-0 defeat for Monk against Mark Webster was arguably the result that stopped him making it a double.

Jenkins’ campaign got off to a nightmare start, averaging just 83 in a 4-0 defeat to Jason Askew, but he made amends immediately by seeing off Hampshire’s Monk 4-1. He hit 50% of his checkout attempts and averaged 98.5 to get off the mark for the day.

His leg difference was quickly restored after the opening defeat with a 4-0 thrashing of Wessel Nijman. Two 13-darters and a 14-darter helped ‘Rocky’ to a whitewash win of his own with an average of 103.7.

Meanwhile, Arron Monk had also got two wins on the board in a closely-fought group. Jenkins then made it three straight successes with another big average in a 4-2 defeat of Webster.

His next game was slightly scrappier, but Jenkins managed to pick up another two points, seeing off Scott Mitchell 4-2.

Mitchell won all three of his following matches to make a charge towards the top of table, but the margins of victory weren’t big enough to see him leapfrog Jenkins.

Monk also picked up a couple more wins, putting the pressure on Jenkins, who failed to seal top spot against Warburton, going down 4-2.

However, his blushes were spared as former Lakeside champion Mitchell only beat Webster 4-3 to hand Jenkins the Day Six title.

Their Live League will then continue next week with two more groups of seven players expected to fight it out.