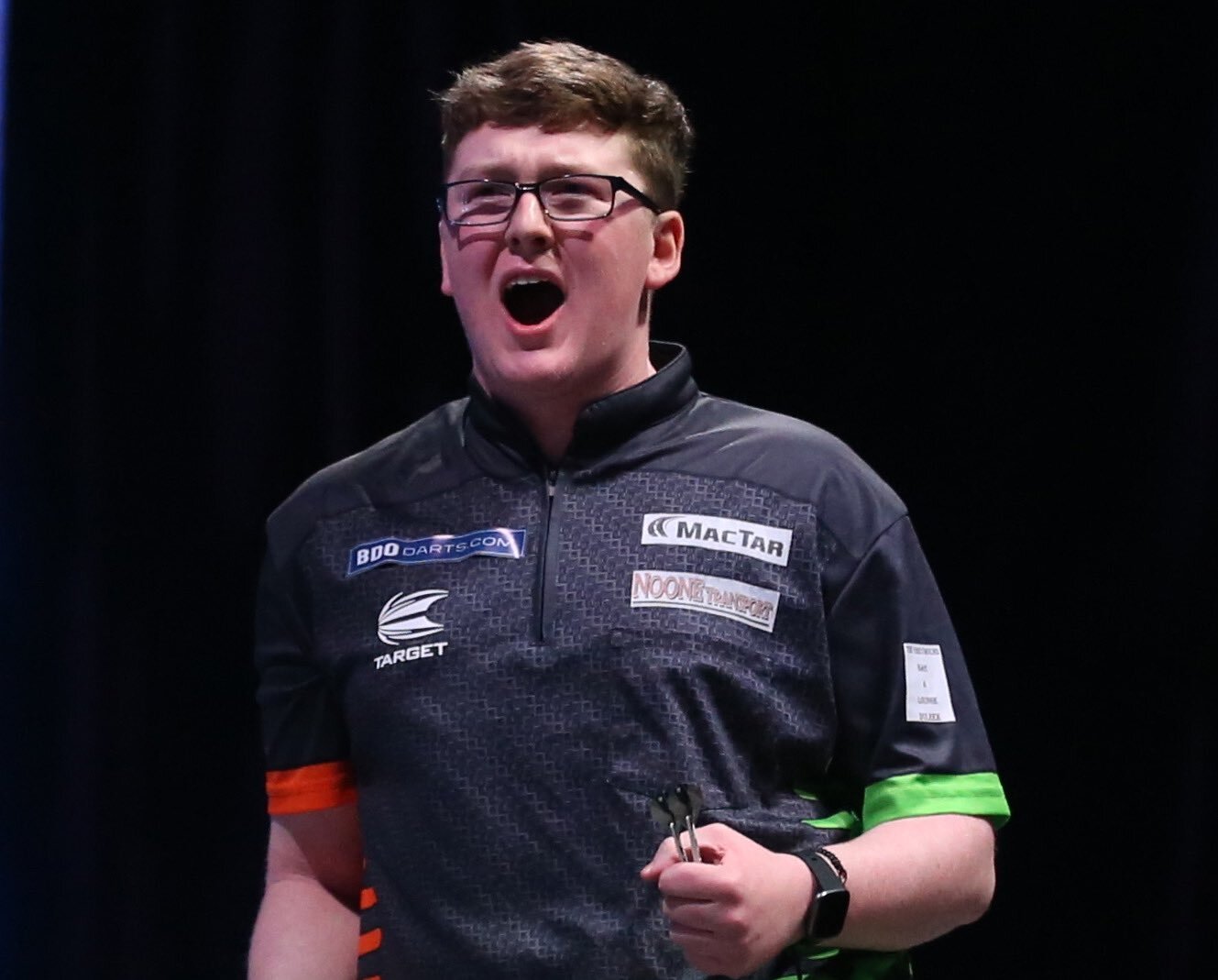 Modus Live League: Keane Barry does the double after edging ahead of Mark Webster

Keane Barry claimed his second Modus Icons of Darts title in as many days, winning his final three games of the campaign to edge ahead of Mark Webster in the week’s final group.

The 18-year-old Irishman only made his debut in the Phase Three of the online competition on Thursday, but already has a couple of titles to his name.

The day began with a fantastic win for former World Champion Webster as he brushed aside Paul Nicholson 5-1 with 4 180s, a 109 average and 4/7 on the doubles.

Webster didn’t live up to those standards against his countryman Mike Warburton, but still got over the line 5-3, before Warburton came up short once again in a 5-4 defeat to Nicholson.

Denbigh thrower Webster then made it three wins from three games as he saw off Stephen Burton 5-2, averaging 96 in another impressive performance.

The next two contests saw the final two players in the group make their entrance, and they both picked up two points as Scott Mitchell whitewashed Nicholson 5-0 and Barry survived a match dart to beat Warburton 5-4.

Webster went to the brink of the title relatively early on in the day by picking up his fourth win, a 5-4 scoreline against Mitchell with an average of 99.

Nicholson then beat Barry 5-4 and Warburton beat Burton 5-3 in two closely-fought encounters, before Barry converted five of his nine darts at double in a 5-2 win over Webster, a game which would prove pivotal in the final reckoning.

Burton and Mitchell collected wins in the day’s following matches, but the story was Irish youngster Barry surging towards the top of the table.

He beat Burton 5-3 to keep his hopes alive, and despite a good recovery from ‘Bertie’ to beat Mitchell 5-2, Barry got the result he needed against the 2015 Lakeside champion to edge ahead of Webster on head-to-head.

Barry averaged 93 in a 5-3 win against ‘Scotty Dog’, which meant he finished level on both points and leg-difference with Webster, pipping the Welshman by virtue of his victory against him earlier in the day.