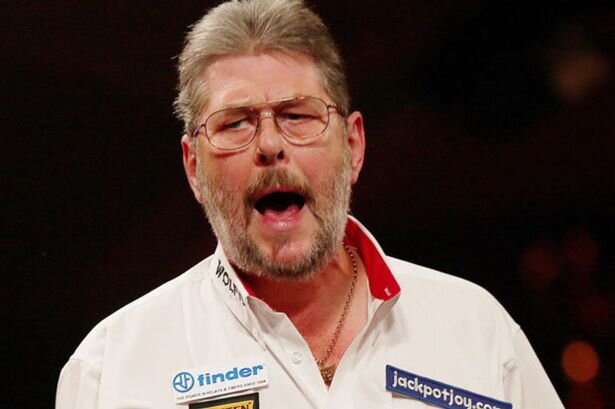 Martin Adams won for the second time this week in the Modus Icons of Darts Live League Phase Four as he went unbeaten to finish top ahead of Boris Koltsov.

The same group of players met online on both Monday and Wednesday, with Keane Barry and Adams claiming the titles, and the BDO legend made it a double on Friday without conceding more than three legs in any game.

The day got underway with a nervy win for Jose Justicia against Parletti, and that seemed to affect the ‘Architect’ as he went down 5-2 to Adams. ‘Wolfie’ also beat Spain’s Justicia in the early stages, averaging 95 for a 5-1 success.

Justicia couldn’t raise his performance level above the mid-80s, and Boris Koltsov capitalised on that to beat him 5-3, before Jarred Cole made his bow with an excellent whitewash of Parletti.

Cole averaged over 90 again in his game with Justicia to double his points tally, while Adams beat Barry 5-3 in what many may have seen as the day’s deciding clash.

That wasn’t to be as Barry lost out to Koltsov later on, but before then, the Irishman whitewashed Parletti as Adams collected another comfortable win via a 5-2 scoreline against Koltsov.

The Russian star rebounded immediately by hitting 5 of his 7 darts at doubles against Parletti, but ‘Wolfie’ completed his clean sweep of victories with a 5-3 victory over Cole. The latter’s winning record came to an end despite 100% on the doubles.

Two games remained in the day in order to determine the final positions, and the defeat to Adams didn’t do Cole any favours as he lost both of them, 5-1 to Koltsov and 5-4 to Barry.

The young Irishman averaged 101 in an impressive performance, but three-time World Champion Adams stole the headlines with a 100% record giving him yet another title.

Week One of Phase Four concludes on Saturday.