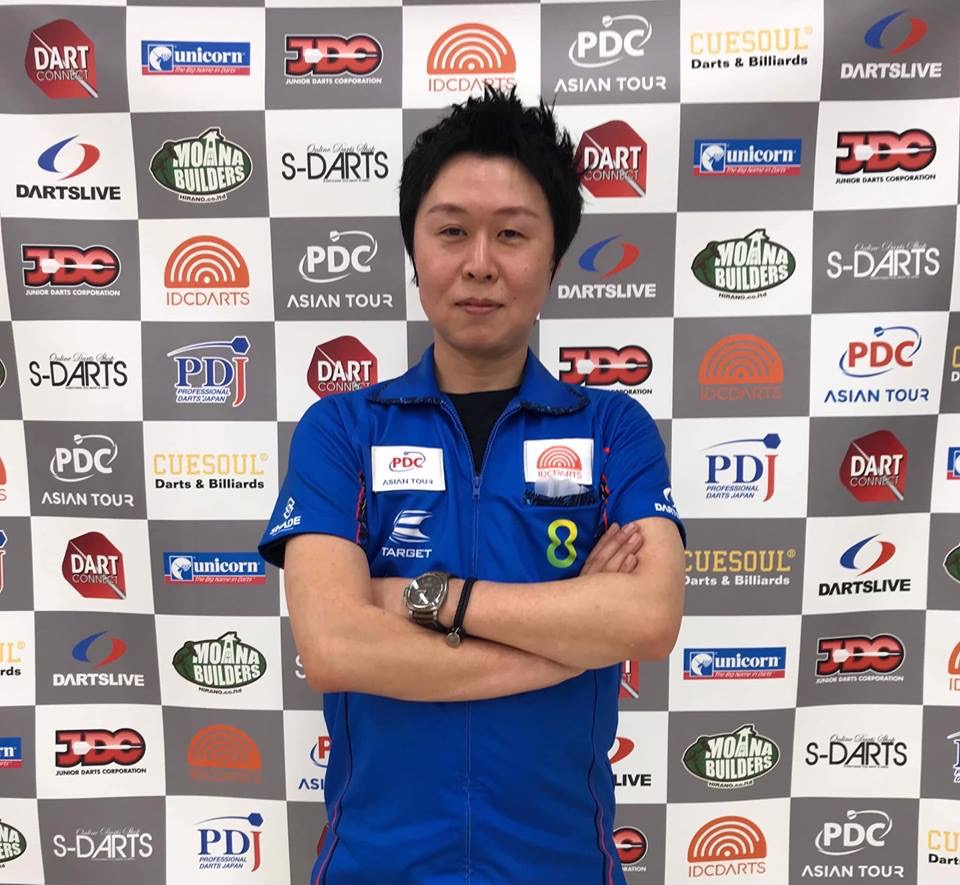 Haruki Muramatsu lifted his maiden PDC Asian Tour title following a 5-3 victory over his compatriot, Seigo Asada, in the final in Kobe, Japan.

Over 160 throwers flocked inside the Kobe Sanbo Hall for the third PDC Asian Tour event of the year, but, it was Muramatsu reigned victorious for a first time on the circuit following a successful day in his home country.

The ‘Rising Sun’ began his tournament with a 5-3 win over Ki Fu Joe Ng, before a whitewashing of Kamarduin Ahmad, followed by a 102.8 average in seeing off Akihito Morita, and a 5-3 win over Shingo Enomata put the Japanese ace into the last eight. Muramatsu booked his place in the final with a 5-4 victory over three-time PDC Asian Tour event winner, Royden Lam, after already denying Melvin Kent Pelona at the quarter-final stage of proceedings.

41-year-old, Muramatsu, raced into a 4-1 lead in the final, and despite a brief comeback from his compatriot, Asada, he managed to close out a 5-3 success and pocket $3,000 as well as his maiden PDC Asian Tour title.

There were three Suzuki’s involved in Kobe, but, none of them were reigning BDO World Champion, Mikuru Suzuki, who opted out of this weekend’s staging for an unknown reason.