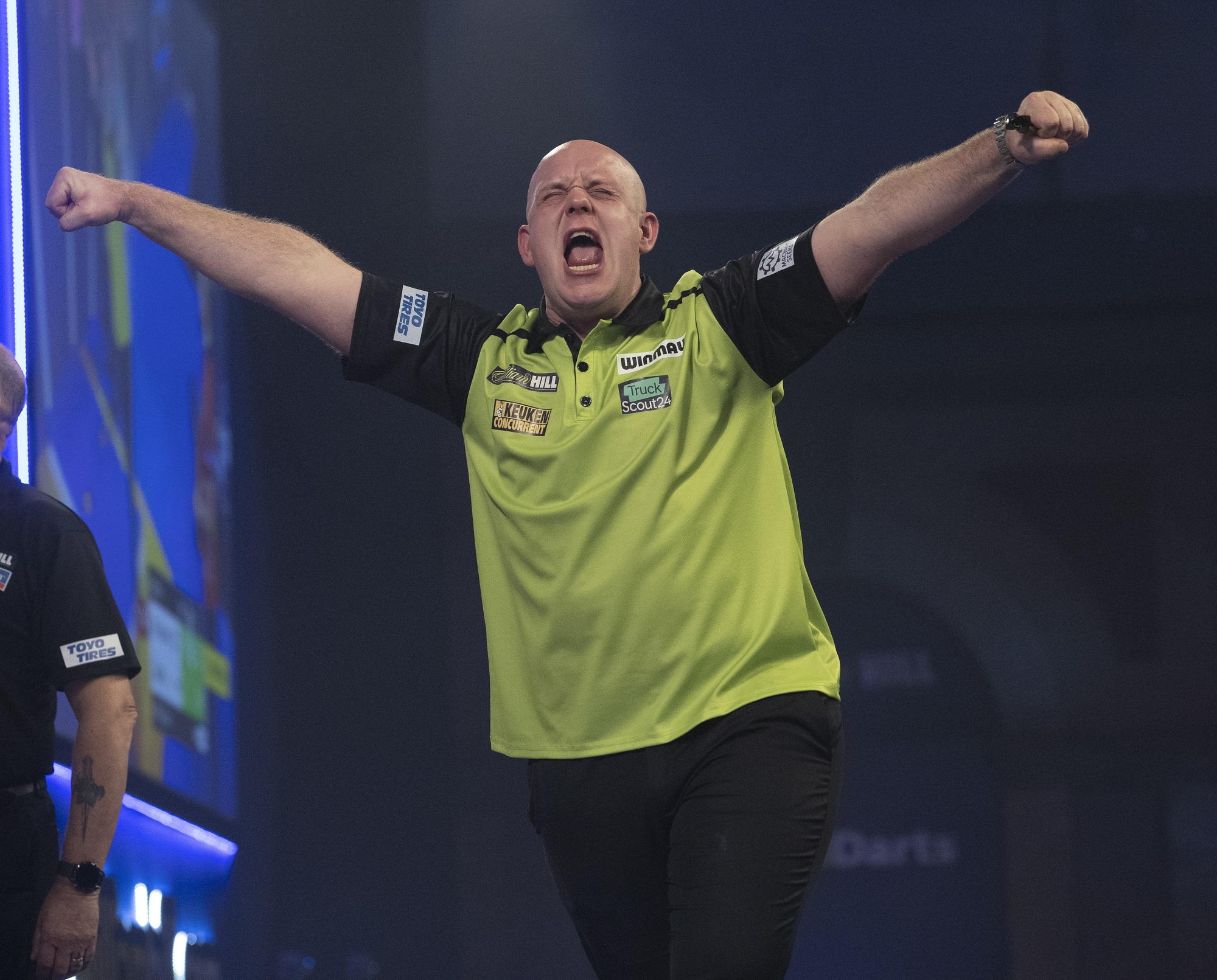 Michael van Gerwen came from 3-1 down to edge past Joe Cullen in a World Championship classic as the world number one kept his hopes of a fourth world title alive.

Cullen missed two darts to win an astonishing match where all but one possible leg was played and ‘The Rockstar’ hit a record-equalling 19 180s.

The action got underway with two-time semi-finalist Wade against former BDO world champion Bunting, and ‘The Machine’ lived up to his nickname on the doubles in the first two sets to lead 2-0.

From there, Bunting upped it and Wade’s scoring didn’t improve, so the multiple major champion could hardly get any darts at doubles. ‘The Bullet’ levelled at 2-2, before Wade produced a nine-darter from nowhere.

His third on TV and the tenth in PDC World Championship history wasn’t enough to stop him losing the fifth set, and Bunting got over the line in set six to complete an admirable comeback.

Gurney’s disappointing year may still be saved at Alexandra Palace after another 100 average staved off a tough challenge from Dobey.

Solid scoring combined with no-nonsense finishing from the Northern Irishman helped him to the 4-1 success, which started in style.

A 25 checkout under pressure won the first set before two 13-darter and an 11-darter doubled his lead in set two.

Dobey wasn’t far behind in his performance level, but another tricky two-dart finish in a decider was taken out by Gurney with no fuss to make it 3-0.

‘Superchin’ missed a dart to take the fourth set all the way, a set he lost, but a whitewash set five sealed a fantastic victory and progression to the last 16 of this event for only the second time.

Jason Lowe couldn’t produce the form that saw him oust fourth seed Michael Smith against Petersen, and although the South African wasn’t at his best, he ran out a fairly comfortable 4-0 victor.

The early stages were scrappy, but a 160 checkout won Petersen set three, and an 11-darter and a 13-darter set him on the way to winning the fourth set and a third last 16 appearance at Ally Pally.

The evening session began with a flying start for Danny Noppert, under the new nickname ‘The Freeze’ as he won the first six legs against Dave Chisnall.

Back-to-back 120 finishes won him the second set, but that was as good as it got for the Dutchman as ‘Chizzy’ reeled off 12 of the next 14 legs.

The two-time quarter-finalist was close to his top level, and the comeback was never in too much doubt as Noppert couldn’t find the standard which has seen him perform as one of the best players on the ProTour this year.

That saw the end of round three, with the last 16 getting underway immediately. Gabriel Clemens, the man who knocked out the reigning champion, took on Krzysztof Ratajski.

It was closely-fought all the way through, with again, all but one possible leg played, and a few missed doubles in there to add to the drama.

The Pole nicked the first set from 2-0 down, and that was to be a pattern as two of the most consistent players on tour exchanged sets almost robotically.

Clemens took out a clutch 72 to make it six straight sets won on throw, and the first four legs of the decider were also all won by the players throwing first.

It looked like Ratajski would get over the line, leaving 56 in the final leg, but both players squandered chances and ‘The Polish Eagle’ found double one with his 22nd dart of the leg to become the first man through to the quarter-finals.

Afterwards, Van Gerwen’s match with Cullen started as it was played all the way through as ‘The Rockstar’ suffered from a mathematical error in the first set, but wrapped it up in the fifth leg with his last dart.

‘Mighty Mike’ came roaring back to level, before Cullen took the next two sets in deciders, despite MVG averaging over 100 in them both and only one leg being won in more than five visits to the board.

Van Gerwen missed three darts to win set three in a decider, and two-time European Tour event winner Cullen checked out 85 to unbelievably go within a set of a big upset.

Despite Cullen’s level hardly dropping and the 180s continuing to flow, the three-time champion won the fifth set against the darts to stay in it and survived a match dart at 90 from Cullen in set six.

Cullen held his throw twice in the deciding set, missing a dart at 164 to win, but Van Gerwen kicked off 180 in the deciding leg and never looked back, surviving a massive scare to set up a tricky quarter-final with Chisnall or Dimitri Van den Bergh.

The darting world has a little over twelve hours to catch its breath before the fourth round continues on Wednesday.