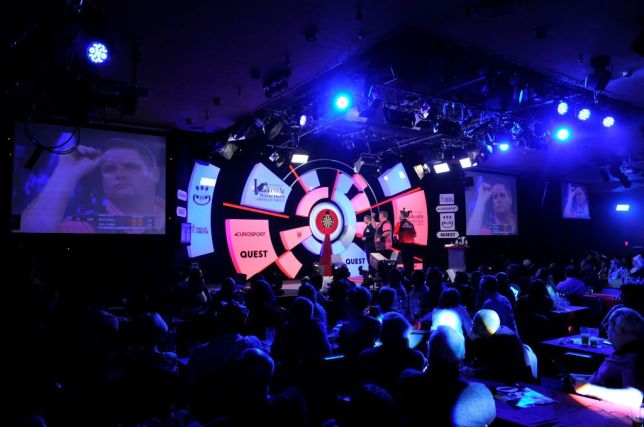 Live Darts have exclusively revealed that a new tournament is to be held at The Lakeside in April 2020.

Earlier this month, Lakeside owner Bob Potter OBE revealed his intention to stage a new event at the iconic venue, following the BDO’s announcement to leave the Frimley Green after 33 years. The IndigO2 in London is the new venue for the BDO World Championships from 2020.
The event will bring together a multitude of players, but this will exclude PDC Tour Card holders, and will be determined based on the existing ranking systems, including both male and female players from the BDO, WDF, PDC Challenge Tour, Development Tour and soft-tip circuit.
The tournament will also have a prize fund of £200,000, with the winners’ share to be decided.
It is also believed that it will be a 32 man tournament, but the format has also yet to be decided.
The tournament, is being put together by an independent consortium, and hopes to cut through the great darts divide.
Negotiations are also currently taking place with major darts brands over a potential sponsorship, and tickets are expected to go on sale before the end of the year.
The news will come as a bombshell, especially for the BDO, who have endured a tough 2019 with failings over the World Trophy venue and organisation, and with a controversial re-draw at last weeks World Masters.
Photo: Metro
BDO: PDC: Lakeside

MVG to face Price or Smith in World Series opener