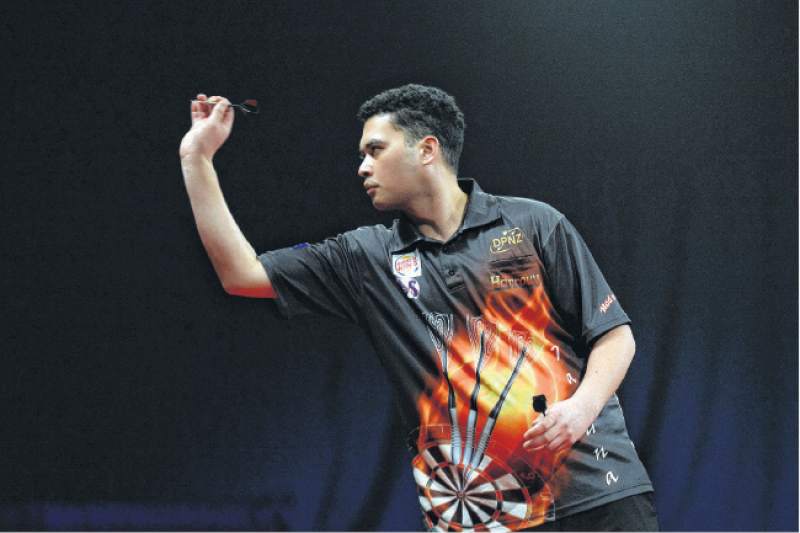 BDOBDO Latest NewsBen HuddLatest Darts News
By Ben Hudd
0 Comments
Tahuna Irwin and Wendy Harper were triumphant as the 42nd Puma New Zealand Masters took place in Porirua, New Zealand.
Irwin lifted his second ranking title of the season after denying Jonathan Silcock 6-2 in a one-sided final. Silcock himself was a runner-up this year’s Canterbury Open and a quarter-finalist at the North Island Masters – where Irwin reigned victorious.
The Kiwi prodigy breezed into the quarter-finals with dominant victories over Marty Isaac and AJ TeKira, before edging past Mike Day with a narrow 5-4 win.
Brian Sneed reached the quarter-finals at the Canterbury Classic earlier this year and was next to be dispatched by a rampant Irwin as he suffered a 5-1 defeat, before the 22-year-old sealed the deal with a 6-2 victory over Jonathan Silcock in the final.
Darren Herewini, a Canterbury Open and Classic winner and a South Island Masters and Ted Clements Memorial finalist, remains at the pinnacle of the New Zealand rankings despite enduring a quarter-final exit thanks to Brian Sneed.
Wendy Harper clinched the ladies’ crown after denying an in-form Tori Kewish in the final.
Jo Sneed, the wife of Brian and defending champion, exited in the last eight, while four-time winner, Tina Osbourne was thrashed 4-1 by Kewish in the semi-finals.
The BDO returns down under next weekend as the Australian Grand Masters takes place in Canberra with the next New Zealand event being at the beginning of August.
BDOTahuna IrwinWendy Harper