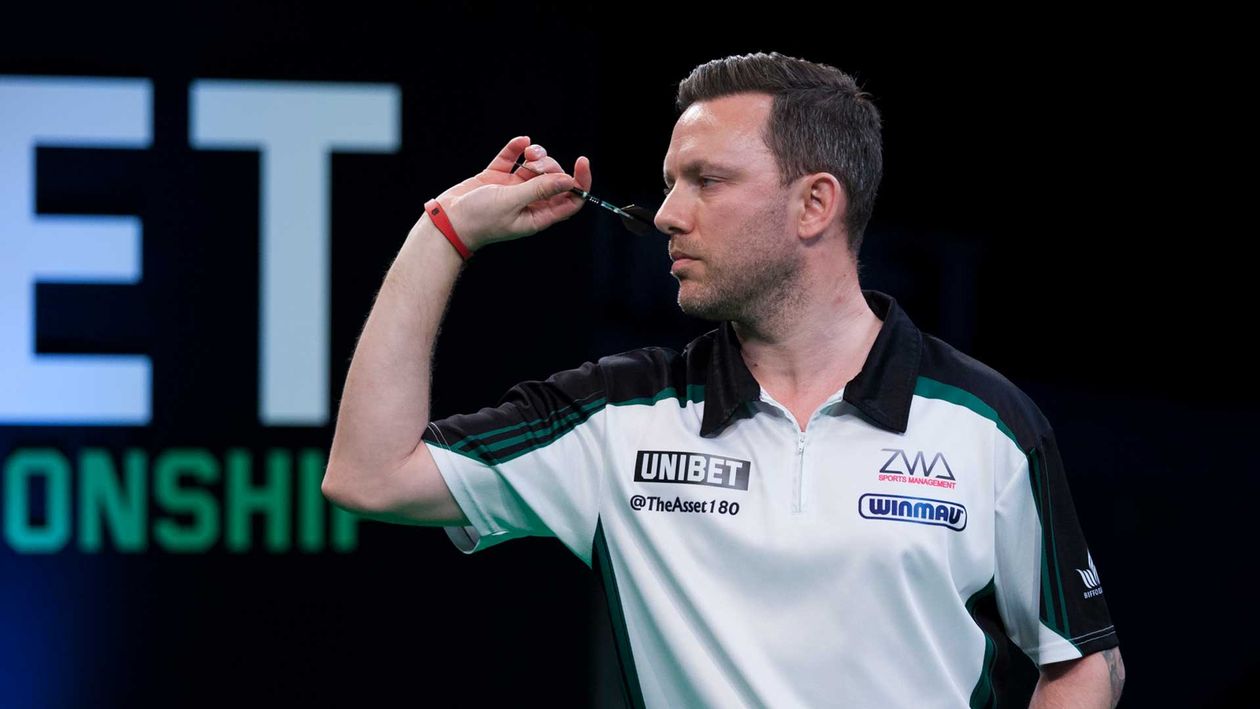 Nicholson, who sits tightly at the top of the overall Icons of Darts Live League standings, continued his fantastic vein of form as he scooped four successive victories.

‘The Asset’ pulled off a remarkable comeback in his opener as he battled back from 4-1 down against Andy Jenkins, recording a 91.35 average and pinning 50 per cent of his attempts on the doubles.

The pair traded ton-plus checkouts in the early stages of the affair, before Jenkins formed a three-leg advantage, only for the former Players Championship Finals winner to reel off three legs in succession and force a decider.

Subsequently, ‘The Asset’ produced a doubling masterclass in a rampant 5-2 win over rock bottom placed Adam Huckvale, clocking an impressive 102.46 average and a five-star performance on the outer ring.

He then narrowly overcame Wednesday’s nine-dart hero Arron Monk in a match which saw 27 darts missed at doubles between the two, before culminating his afternoon’s work with his first defeat in eight matches.

James Hubbard ended Nicholson’s winning streak as he fought back from 3-1 and 4-2 behind, eventually capitalising on a disappointing deciding leg from Friday’s table-topper.

If you’d have offered me three wins from four today I would’ve taken it, but I can’t be happy with the way I felt.
Everything was a grind but you get days like that, and you have to look forward. Take the tough and smooth and go again tomorrow. @ModusDarts180 #IconsofDarts ?

Elsewhere, 19-year-old Nijman, who topped last week’s standings, enjoyed an unbeaten evening as he picked up maximum points and ended Martin Adams’ A Night At The Darts dominance.

Three-time world champion Adams, 63, had rolled back the years in winning three consecutive groups prior to Friday’s action commencing, but surprisingly fell to four defeats on the night.

Nijman recorded averages of 97.51 and 104.12 in his opening two emphatic victories over Jason Askew and David Evans respectively.

He then denied Adams in a deciding leg despite missing 14 darts at double, before sealing the deal with a win over another former world champion in Scott Mitchell.

The Modus Darts double-header comes to a conclusion on Saturday with action commencing from 11am and streamed via a number of bookmakers’ websites and Modus Darts on YouTube.