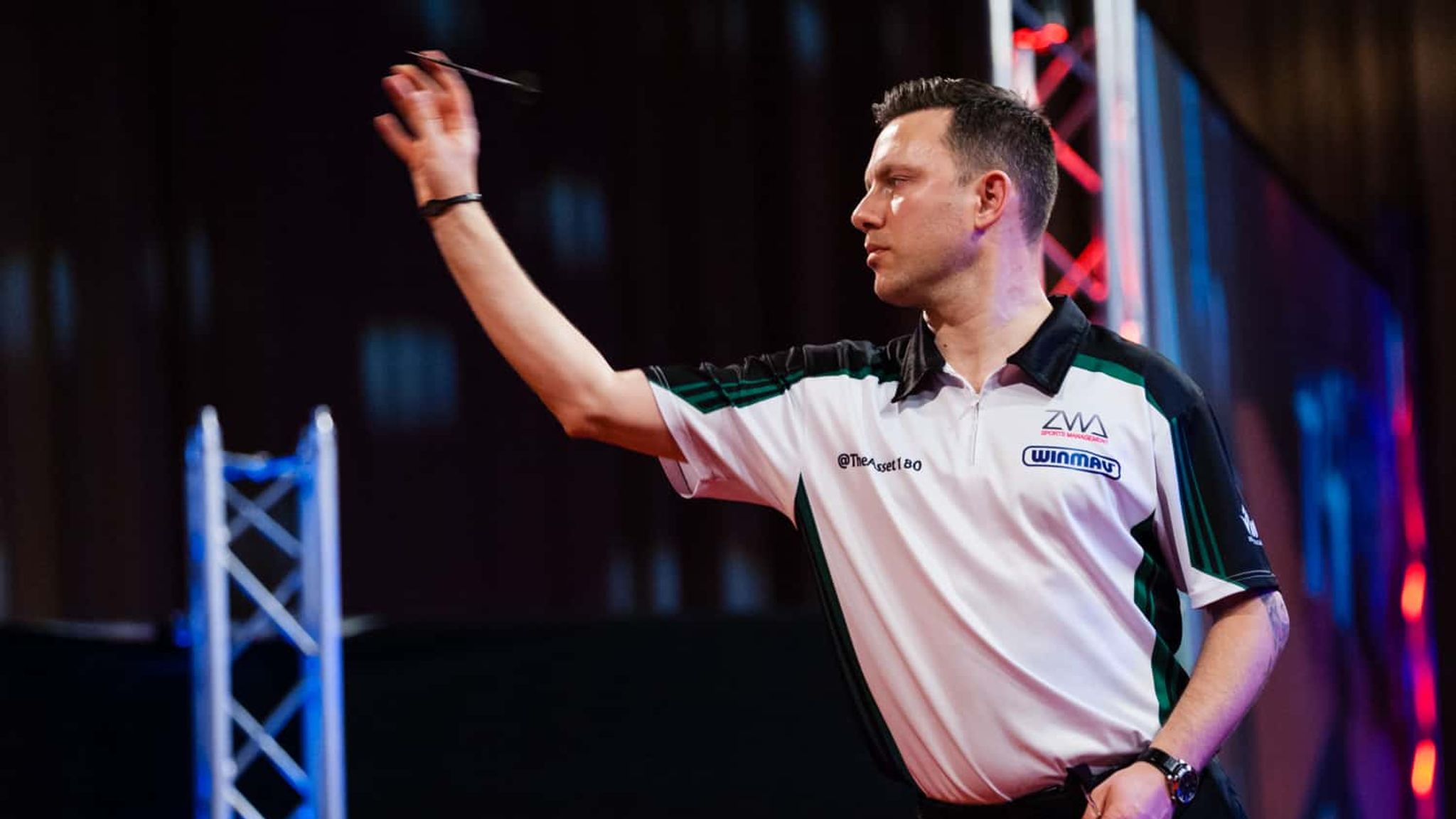 Paul Nicholson wrapped up his second Modus Icons of Darts Live League success in three days as Wessel Nijman continued his Modus A Night At The Darts dominance.

Since the beginning of this week, Nicholson has won seven of his 12 matches, topping the group on two occasions, and as a result stands in good stead in the overall standings.

‘The Asset’ began his campaign with a 5-4 defeat at the hands of Monday’s winner Jason Askew, with the latter hitting a magnificent 170 checkout on his way to a narrow victory.

Nicholson then got the show on the road as he pinned five of his eight attempts on the doubles in a 5-2 win over Jarred Cole, before doubling his points tally with another doubling masterclass in ousting Robert Collins.

Meanwhile, Askew – the son of former back-to-back World Championship semi-finalist, Dave – was denied top spot for the second time in as many days following a last-ditch 5-1 defeat against rock bottom placed Robert Collins.

After denying Nicholson, Monk and Cole, Askew fell at the final hurdle against the recent PDC Challenge Tour event winner – who registered a 101.24 average and five out of five on the outer ring in a relentless display.

Elsewhere, in the evening session, Dutch youngster Nijman extended his lead at the top of the A Night At The Darts overall table, after narrowly topping Group Four.

19-year-old Nijman thrashed Martin Adams 5-2 to get his campaign underway on Thursday evening, in a match which proved pivotal in the eventual outcome of the group.

He then defeated Ritchie Edhouse by the same scoreline, firing home six maximums in the process, before being handed his first defeat of the night at the hands of former world champion Scott Mitchell – who recorded an impressive average of 97.51.

The two-time PDC Development Tour event winner proceeded to fend off a solid five-time champion of the world in Raymond van Barneveld, averaging 102.15 to clinch top spot based on his head-to-head record against Adams, after the pair finished equal on both points and leg difference.

Three-time world champion Adams finished second best on the day, with his aforementioned loss to the young Dutchman becoming more and more essential as the night progressed.

‘Wolfie’ whitewashed van Barneveld to open his Group Four campaign, before overcoming Mitchell and then averaging 96.02 and pinning two ton-plus checkouts in a high-quality win over Edhouse.

Modus’ A Night At The Darts will resume on Friday evening from 6pm as David Evans returns in replace of the dominant Nijman.

Coverage of the two simultaneous tournaments is available via a number of bookmakers’ websites and free of charge via Modus Darts TV on YouTube.

Nijman, 19, tops Modus’ A Night At The Darts Group Three