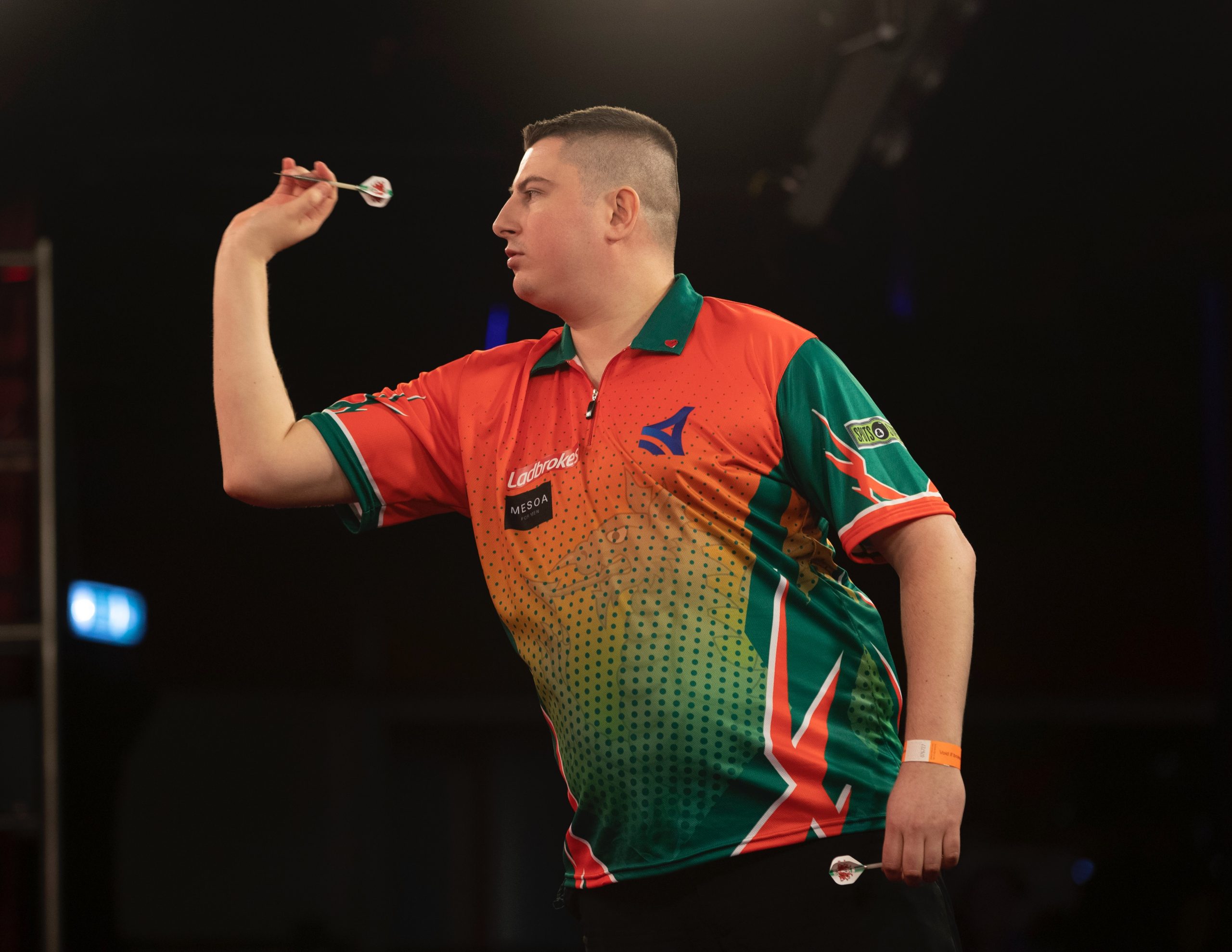 Despite having his maiden season on the professional circuit partly suspended by the coronavirus pandemic, Nick Kenny has acquitted himself to the lockdown period with great aplomb.

Having endured a disappointing first round exit as the fifth seed in the BDO World Championship in January, Kenny crossed the darting divide, winning through on the culminating day at Qualifying School with a scintillating string of showings.

The reigning Romanian Open champion ousted Scott Taylor in the decider at Wigan’s Robin Park Leisure Centre to secure his tour card earlier this year, recording a blistering 110.50 average in the process.

Kenny managed two last 16 appearances on the ProTour prior to the season being brought to the ground, and has since took the innovative PDC Home Tour by storm, progressing to the second phase with relative ease.

Nick Kenny rounds off a perfect evening with a 5-3 win over Devon Petersen to make it three wins from three, crowning him the winner of Group Five! pic.twitter.com/8QXizQLnap

“I was really nervous going into it because I wasn’t actually playing very well,” Kenny told Josh Gorton for Sky Sports. “I managed to get over the line convincingly in the end. I missed a few doubles but my scoring was really good.

“I’d never had a board in the house – we put it up just before lockdown. I went down to Argos, bought myself a board.”

He added: “The motivation now is brilliant because I’ve taken it up another couple of levels. I am doing really well in a couple of online games.

“I don’t play online too much but I’m posting high averages, scoring a lot more 180s and 140s so I’m just looking forward now. It is motivation to get back on the tour and see what I can produce.”

Following his unbeaten start to life in lockdown, Kenny now graces his practice board once again, with World Championship quarter-finalist Humphries once again comprising in the same group.

His fellow Welshman Jamie Lewis also features in the third evening of the second phase, however, a collision with two-time world champion Gary Anderson is one which Kenny is savouring.

“Growing up Gary Anderson was my favourite player,” the Welshman added, “he was the one I looked up to and I remember watching him in the BDO, and then he came over and won the two World Championships in the PDC.

“Luke I have beaten once, that’s the only time I’ve played him and Jamie Lewis – I played Welsh youth with him back in 2009 and I’ve been mates with him ever since. I’ve beaten him a few times as well.

“I’m looking forward to the first game against Gary and if I can start off well I could be in with a good chance. I am not just there to make the numbers up. I want to really have a good go at winning the group.”

Away from the oche, Kenny has been working to improve his endurance and fitness levels ahead of a seemingly gruelling return to the professional circuit once the spread of coronavirus decreases.

Joe Cullen’s motivation struggles during the lockdown period have been well-documented as well as numerous others, though, the former World Trophy semi-finalist has revealed that the dry spell could be a ‘blessing in disguise’.

“I’ve not put darts on the backseat but I’ve tried to change my lifestyle around. I’ve lost about two stone since I last played on the Home Tour,” Kenny expressed.

“I’ve changed my diet, bought myself a bike and I’ve been out running. I’m trying to slim down and I feel much better for it. The break has been bad for so many people, but for me, it may have been a blessing in disguise.

“When we return I think we could end up playing for a week at a time to catch up because there is the European Tour on the weekend. I can see the Players Championship using mostly midweeks.

“Lots of the boys are in good shape on the tour. You just have to look at Gezzy [Price] and Josh Payne. They’re all in great shape and they’ve got the stamina. Maybe looking back I didn’t have the stamina to cope with the long days.”