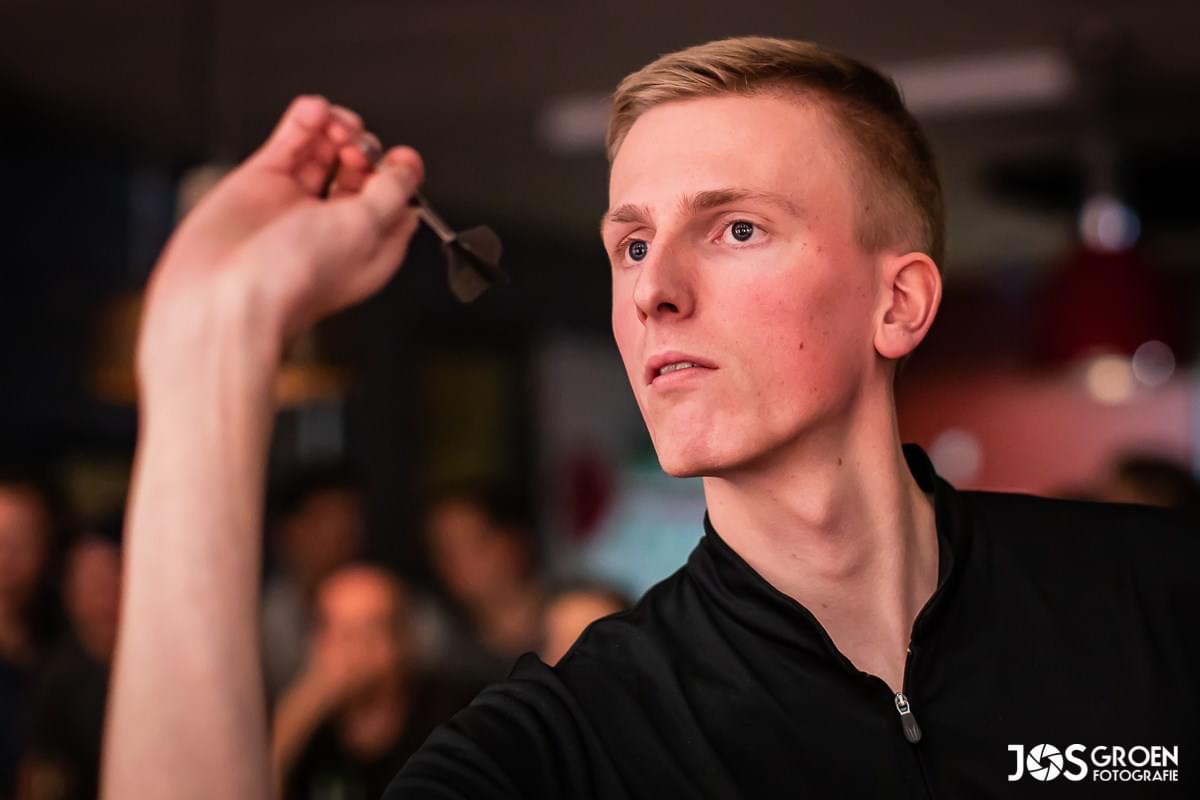 Wessel Nijman has admitted to match-fixing and breaching rules regarding betting during the Modus Icons of Darts Live League.

The innovative Icons of Darts Live League took place throughout the coronavirus pandemic, in order to provide players with remotely contested competitive action whilst the season was shutdown.

The pair both have ‘a case to answer’ in relation to DRA betting rule breaches and have been suspended from attending or competing in DRA sanctioned events until the conclusion of any hearings.

Nijman was identified by the International Betting Integrity Association (IBIA) following a 4-0 defeat at the hands of David Evans.

The Dutchman will now face an arranged hearing and will remain suspended by the DRA until any decision regarding a fine or extended ban has been reached.

Nijman pictured during a local tournament in the Netherlands (Photography: Jos Groen)

Nijman has already admitted to match-fixing during the Icons of Darts Live League after being pressurised to lose the match against the BDO World Championship quarter-finalist.

“I would like to place on public record my sincere regret and apology for the mistake I made in relation to betting and match-fixing,” Nijman said in a Professional Darts Players Association (PDPA) statement.

“I was put under some pressure to lose a match and I agreed to do this. I have admitted the offence and take full responsibility for it and will accept my punishment.

“I should have spoken to my management, the PDPA, DRA or police when I was put in this position and would advise any other player who finds themselves in a similar position to do that. Instead, I went along with it and made a stupid mistake that I am rightly being punished for.

“It was a one-off error of judgement which I want to put behind me and do everything I can to put right.

“I have made private apologies to the people who I have let down, including my family who have backed me through my whole career, my management and sponsors, and I want to publicly apologise to them and everybody involved in darts, including fans.

“My actions are a personal mistake made by me and not a reflection on the sport of darts. I want to move on, rebuild my career and reputation and am committed to helping to educate others through my own unfortunate experience so that this kind of offence can be prevented.”

The Professional Darts Players Association (PDPA) are treating the case as a serious matter, and have provided Nijman will the necessary assistance, guidance and education.

The 20-year-old currently sits in second place on the PDC Development Tour Order of Merit after winning his second title in February, though, his position is now under threat due to his avoidable acts.

The top two on the final Development Tour standings usually receive a World Championship spot and a two-year professional tour card, with Nijman probably missing out on both.