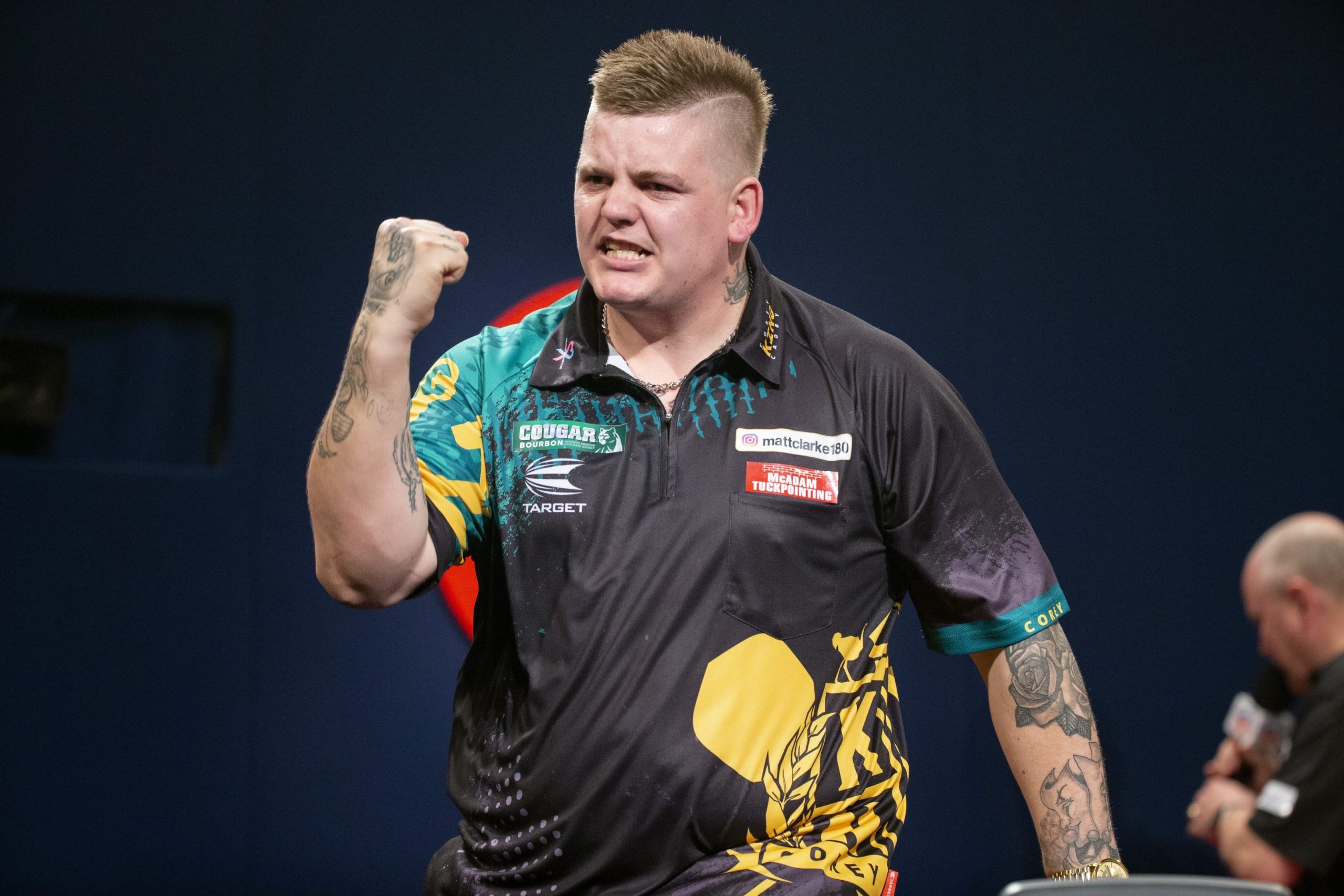 Nine UK-based players completed a qualification double on a vital day of action at Robin Park in Wigan. 89 players were vying for 18 spots in the European Tour events in both Prague and Vienna; the former taking place next week and acting as the final event before the cut-off for World Matchplay places.

That meant that Kyle Anderson, Ross Smith, Keegan Brown, Ryan Searle and James Wilson were amongst the places desperate to book their ticket to the Czech Darts Open. That quintet seemed to feel the pressure, and as a result only Brown qualified for both tournaments, while Anderson, Smith and Wilson had to settle for a spot in Vienna. Crucially, though, that event takes place later in the year so has no bearing on this year’s World Matchplay.

That means those players’ hopes of qualifying for Blackpool hang in the balance, along with Ryan Searle, who failed to make it to either event. Keegan Brown’s double was complemented by perfect afternoons from Stephen Bunting, Chris Dobey, William O’Connor, Brendan Dolan, Justin Pipe, Corey Cadby, Jamie Hughes and Ted Evetts. Perhaps the most eye-catching name there, Cadby, had failed to qualify for a single Euro Tour until now, but saw off good friend Glen Durrant in the final of the ET10 qualifier to seal a dream campaign.

‘Duzza’ did manage to qualify for Prague, alongside the likes of Mervyn King, John Henderson, Steve West, and Brendan Dolan. Meanwhile, Robert Thornton’s resurgence continued as he booked a spot in the Czech Republic, Devon Petersen continued his stunning form with a convincing progression, Andrew Gilding qualified for his second European Tour of the year, and Kevin Garcia sealed his debut on the circuit. William Borland also booked a rare Euro Tour outing.

Those qualifiers had a quick turnaround to get ready for the Austrian Darts Championship qualifier. The final tournament in Vienna takes place from 30 August to 1 September, and amongst the notable names set to make an appearance in Austria are Kyle Anderson, Mark Webster, Josh Payne and James Wilson. Luke Humphries seems to be recovering well from his well-publicised mental health issues, and overcame Harry Ward and Simon Stevenson to seal his place at ET10.

Cameron Menzies qualified for his first European Tour of 2019, while Gavin Carlin booked his second appearance and Ross Smith sealed a vital qualification with a strong possibility of a berth at the European Championship for ‘Smudger’. Finally, former world finalist Kirk Shepherd made the final day of a Euro Tour for the first time last weekend and will look to repeat the feat in Vienna after he saw off Ryan Searle and George Killington.