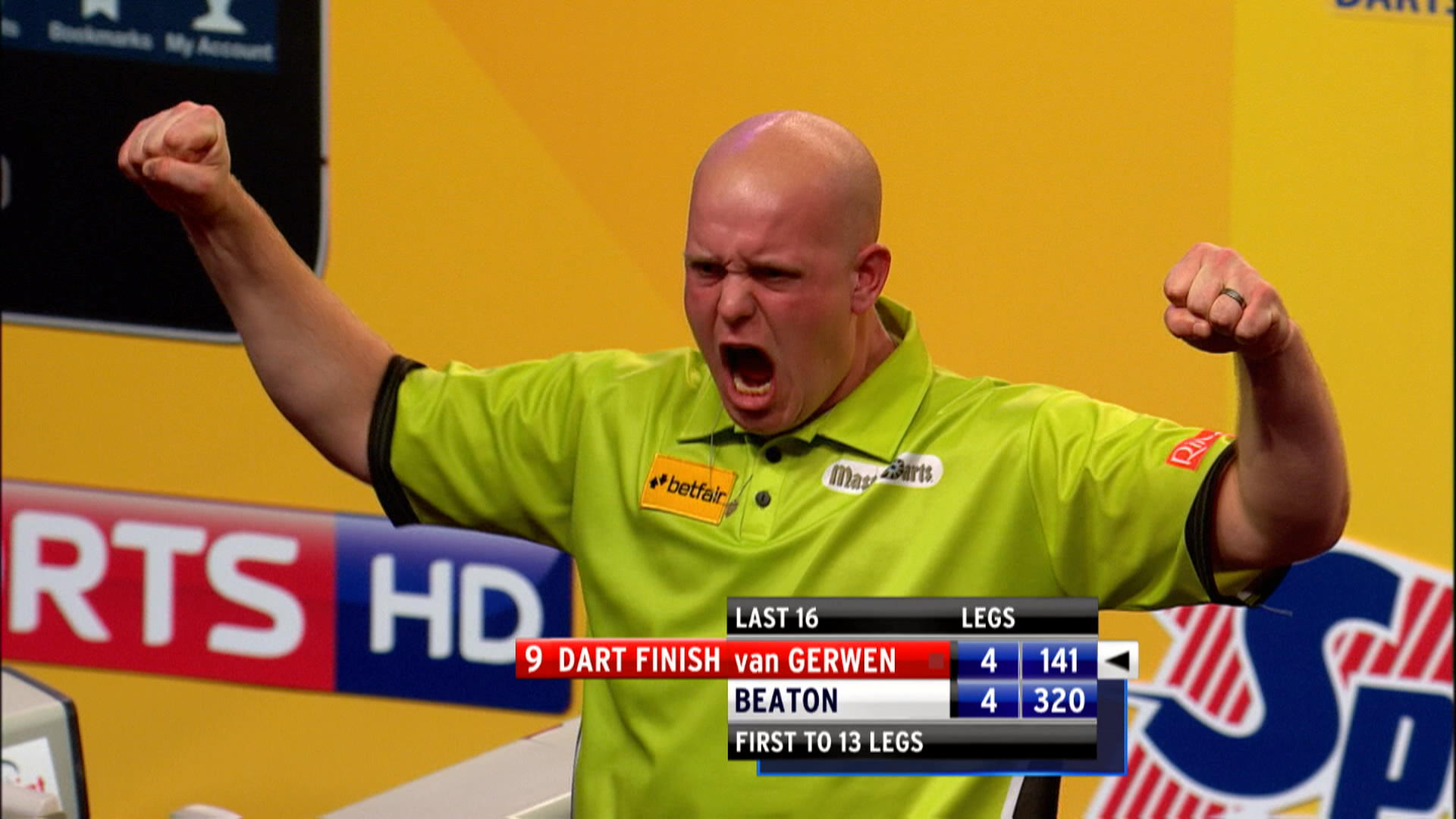 That darts and snooker have a lot in common is undeniable. They were both originally middle class pursuits before being refined and taken to a (far) higher level by predominantly working class participants after the war. I am not about to do extensive research into the respective histories of the two sports but I do know that the then King and Queen played darts on TV in the early decades of the 20th Century, which is not something that would happen now, let’s face it. The only King to grace the modern day oche is called Mervyn. I for one won’t complain.

Modern day snooker is also one of Barry Hearn’s masterpieces and although audiences, compared to darts, have dropped since the days of that amazing black ball final in 1985, it is still going very strong and its own top professionals are, like MVG, making a decent pile of cash from playing, and being sponsored for it too.

Granted, snooker audiences tend to keep quieter than us darts fans, and attend the Crucible in more formal clothing, but they and we absolutely love to see the games greatest spectacles – the 147, and the nine-dart finish.

RVB posted on Twitter (yes, I caved in and opened an account @NineteenDarter ) a video of Ronnie O’Sullivan’s latest maximum break a few days ago, and in the immediate response to the Tweet was a comment that ‘we can’t compare a 147 and a nine darter’.

On reflection, maybe we can’t. A 147 would involve 36 shots and each of these would entail positional play and some tactical awareness, which with a perfect leg of darts, we have to accept are not really features. A nine-dart finish in our brilliant sport is precisely that, nine darts, so on this basis, isn’t it fair to say the snooker equivalent of absolute mastery is harder to achieve?

So might we ask ourselves then, if one is easier than the other, why there are comparatively few darts players achieving the feat in televised matchplay? Phil Taylor got 11, MVG has 5, and some other great players like Eric Bristow never actually got even one on the telly. Ronnie’s this week makes 14. If you can trust Wikipedia then let’s go with these stats https://en.wikipedia.org/wiki/Nine-dart_finish#List_of_televised_nine-darters

Unless we are going to start arguing that snooker players are more talented, which is not true and unprovable anyway, we have to look at the statistics and the frequency at which each feat is achieved. After all, to find out how difficult something is, we only need ascertain how often people manage to do it.

Since 2015 there have been nine or so (check out the brilliant @Ochepedia for the facts) televised nine darters compared to the same number of broadcast 147s in snooker. Naturally, a darts player would likely hit more in practice than a snooker player would 147s in the same situation, and most of us know that last year MVG casually landed two in the UK Open qualifiers in a single match.

But off camera, or at least, away from the uproar of a boisterous and excited crowd, things are inevitably easier. Snooker players do not have to contend with the mass hysteria which accompanies every successful dart from as early as the fourth one, nor do they have the constant singing and banter of thousands of people throughout every match.

To my mind, as somebody who would be pleased to get the first six balls of a 147 and the first three darts of a nine-dart finish, I can’t honestly say which of the two requires more actual technical ability, but in truth, it does make sense to me that over the course of 37 shots, as opposed to nine, there are more things that can go wrong. To get a 147 requires the player to sustain their concentration for longer and if the cue ball goes out of position, it can be a struggle to regain it.

Yet they can do this. Once one dart misses that 60, it is over. Snooker players have more flexibility in their next shot than a darts player, who can effectively only put the arrow in ONE place. (and a very small place at that). A snooker player, much of the time, has a choice of balls to play, and a choice of places to leave the white. Darts players can choose between a few possible out shots when down to 141 or 144, but they do not have the luxury of leaving the harder balls until last (when they might be easier to pot), and cannot use their shots along the way to pave the way for a simpler finish.

If the perfect leg in darts was easier to achieve than the 147 in snooker, we would see the former more often than the latter. It is a matter of subjectivity which of the two would be harder, because we all have different talents and abilities.

And while on paper the 147 involves more, and OK, is probably a harder thing to do in itself, the psychology of matchplay darts, the crowds, the pressure, the fact that the slightest tremor in the throwing arm can send a dart inches off target, and I think it would be fair to say that anybody who throws the perfect leg of darts on TV, is worth at least the same plaudits as somebody who gets a 147.

If not, let’s just go crazy anyway! Some of us darts fans work hard week-in week-out to have the cash to go and see darts, which as we know is not cheap. When that dart at the double-12 hits the middle of the bed, one of the holy grails of professional sport, enjoy it we will!

Especially if your name is Andrew Flintoff 😀