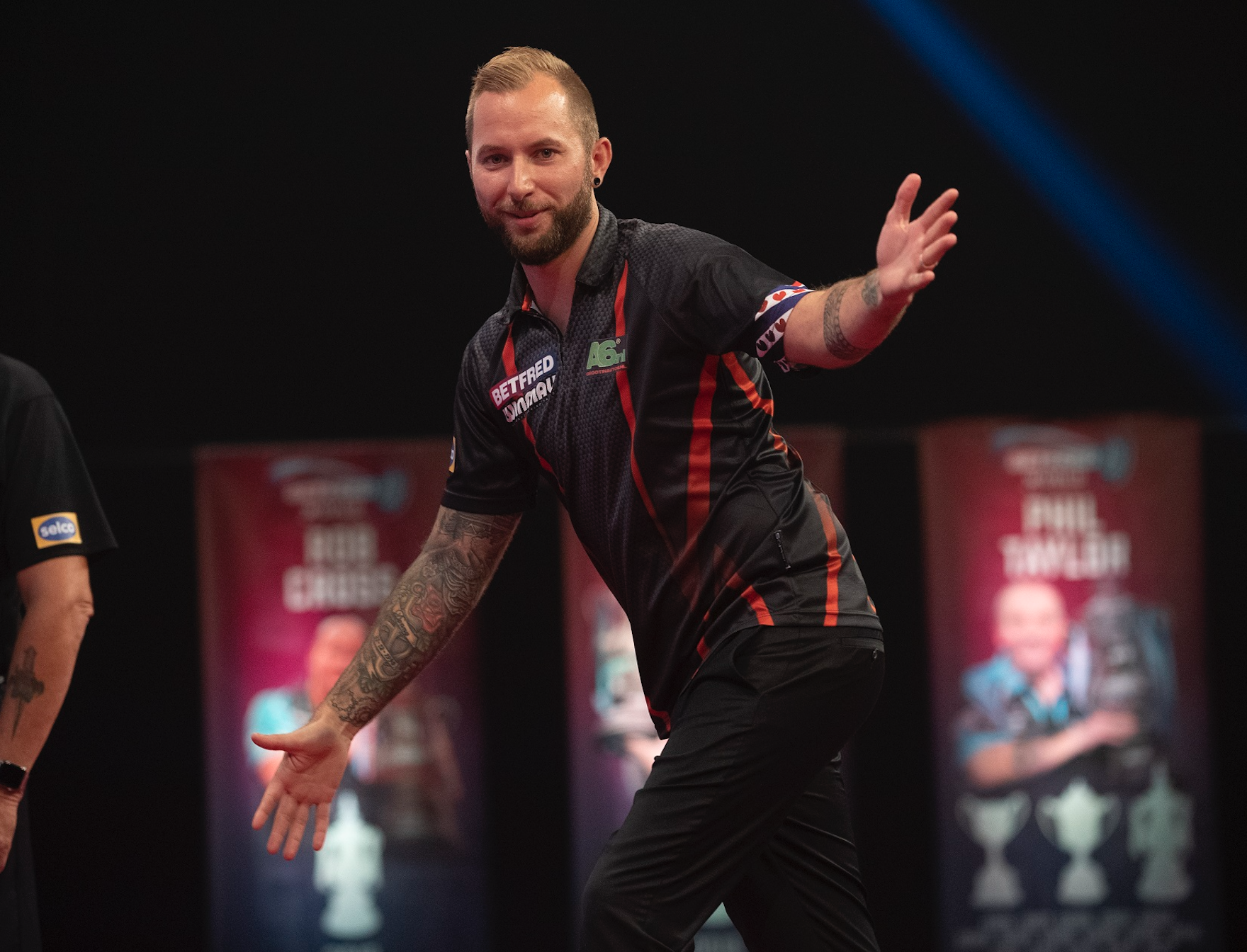 Price, who entered the tournament on the back of three consecutive opening round defeats at the Winter Gardens, endured another early exit in an event that has eluded him since his remarkable rise into the upper echelons of the sport.

The Welshman drew first blood with a mesmerising 115 checkout in the opening leg which was met by a trademark roar, before Noppert reeled off three in succession to gain a foothold.

Price then punished multiple missed darts at double from his opponent to move into the interval one leg adrift at 3-2, and returned with two of the next three legs and finishes of 122 and 70 to level proceedings at four apiece.

However, the two-time Grand Slam of Darts champion’s form worsened and Noppert claimed five of the next six legs to move on the brink of a maiden World Matchplay victory.

Price teased the comeback with combination checkouts of 98 and 52, though, a sixth maximum and a clutch 88 checkout to round off a 12-darter meant Noppert prevailed and the UK Open finalist departed.

“It is a big win, I’m a really happy man,” said Noppert. “He didn’t play his best game, and it wasn’t my best game but I’m really happy to win.

“It was different at the beginning of the match, a little bit strange without a crowd, but I’m always happy to play on stage and I can look forward to the next match.

“I won and that’s the most important thing – I can play better and I need to perform better. I believe that I can beat everyone if I play at my best level but you need to learn from every game.”

Noppert awaits Adrian Lewis in the second round after the Stoke-on-Trent man performed well, averaging 97.27 and recording a checkout rate of 58 per cent in an extra-time win over fellow world champion Steve Beaton.

Lewis suffered a disappointing Summer Series campaign last week, but made amends with six maximums and clinical finishing in a closely-matched contest with the legendary veteran.

Bradford’s Cullen raced out of the gates to construct a 3-0 advantage, but two maximums from White, legs of 14 and 15 darts and an impressive 118 checkout meant the 50-year-old would only trail by a solitary leg at the break.

White returned with a 12-darter and a blistering 151 checkout to level the scores at three apiece, before mounting his charge and winning five of the next six legs to move two away from the finishing line.

Nevertheless, three successive legs won in 15 darts or less from Cullen followed by several squandered double attempts from White meant that parity was restored, and the match was surely destined for overtime.

Both players held their throw with considerable expertise in the subsequent eight legs to force sudden death – where White’s scoring power evaded him and Cullen was handed progression to the second round.

“I felt great on the practice board,” admitted Cullen. “I genuinely thought I was going to blow Ian away, but that didn’t happen when I got up there.

“At 8-4 to him it could have been the same score to me, but I had to tighten up my loose darts.

“I’ve put a lot of work in since the Summer Series and it’s all a learning curve, but the target was to beat Ian because of what happened to me last year and I’ve managed to do that.”

In the evening’s opener, Vincent van der Voort rolled back the years with his first opening round victory at the World Matchplay in a staggering nine years, seeing off the highly-fancied Dave Chisnall.

Despite the Dutchman fabricating an early 3-0 lead, a resilient Chisnall withheld an initial rampage from van der Voort to claim three in succession himself, executing checkouts of 81, 68 and 130 in a series of scintillating finishing.

Chisnall then took the lead for the first time courtesy of numerous missed darts at double from the former UK Open finalist, before the next five legs went with throw to level up affairs at six apiece.

Van der Voort proceeded to reel off four consecutive legs to prevail, ending the match with a tally of seven maximums and an imposing 98.95 average.

The ‘Dutch Destroyer’ will lock horns with last year’s semi-finalist Daryl Gurney in the second round after the Northern Irishman ousted Ricky Evans for the second successive year.

Kettering’s Evans held the upper hand nearing the halfway stage, leading 5-4, but from there Gurney dominated and reeled off six legs in succession to reach round two for the fourth consecutive year.

The World Matchplay resumes on Tuesday evening with world number one Michael van Gerwen returning to the fray and Gary Anderson and James Wade locking horns in a mouth-watering contest.

Opinion: World Matchplay returns but rather different in appearance