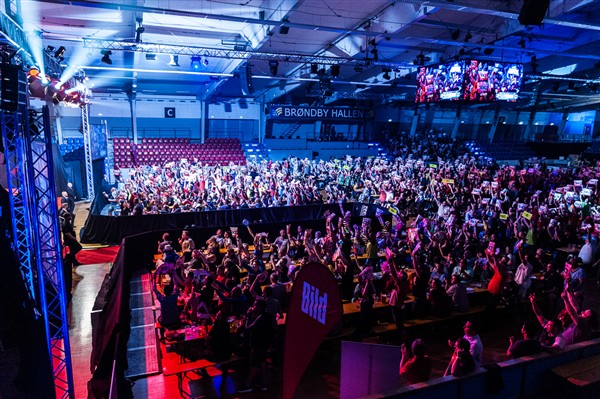 The inaugural staging of the Nordic Darts Masters has been postponed until June 2021 due to the ongoing effects of the coronavirus pandemic.

It was due to be held from 23-24 October at Forum Copenhagen with the likes of Michael van Gerwen, Peter Wright and Fallon Sherrock in attendance, but fans from Denmark will have to wait until next summer to see their first World Series event.

It means the 2020 World Series will only consist of one tournament, the finals in Salzburg from 18-20 September, but the dates being freed up may pave the way for another European Tour event to be held.

The likes of Darius Labanauskas, Madars Razma and Daniel Larsson are still expected to play in the tournament in its new slot from June 11-13. As it stands, it will be the second of five World Series events for 2021, following New York and preceding the triple-header down under.

The return to the three-day event may also see a slightly longer format in the latter stages, compared to what we have seen in the last couple of years with the quarter-finals, semi-finals and final all played in one big session.

Speaking to pdc.tv, PDC Chief Executive Matt Porter said: ““There had been a great deal of anticipation for the Nordic Darts Masters, and whilst the event cannot now proceed in 2020, we’re already looking forward to visiting Forum Copenhagen next June.”

“The Nordic and Baltic region has enjoyed real growth in recent years and it has been encouraging to see the development of players, and the Nordic Darts Masters will be a great opportunity for them to show their talents on a global stage against the biggest names in the sport next June.”