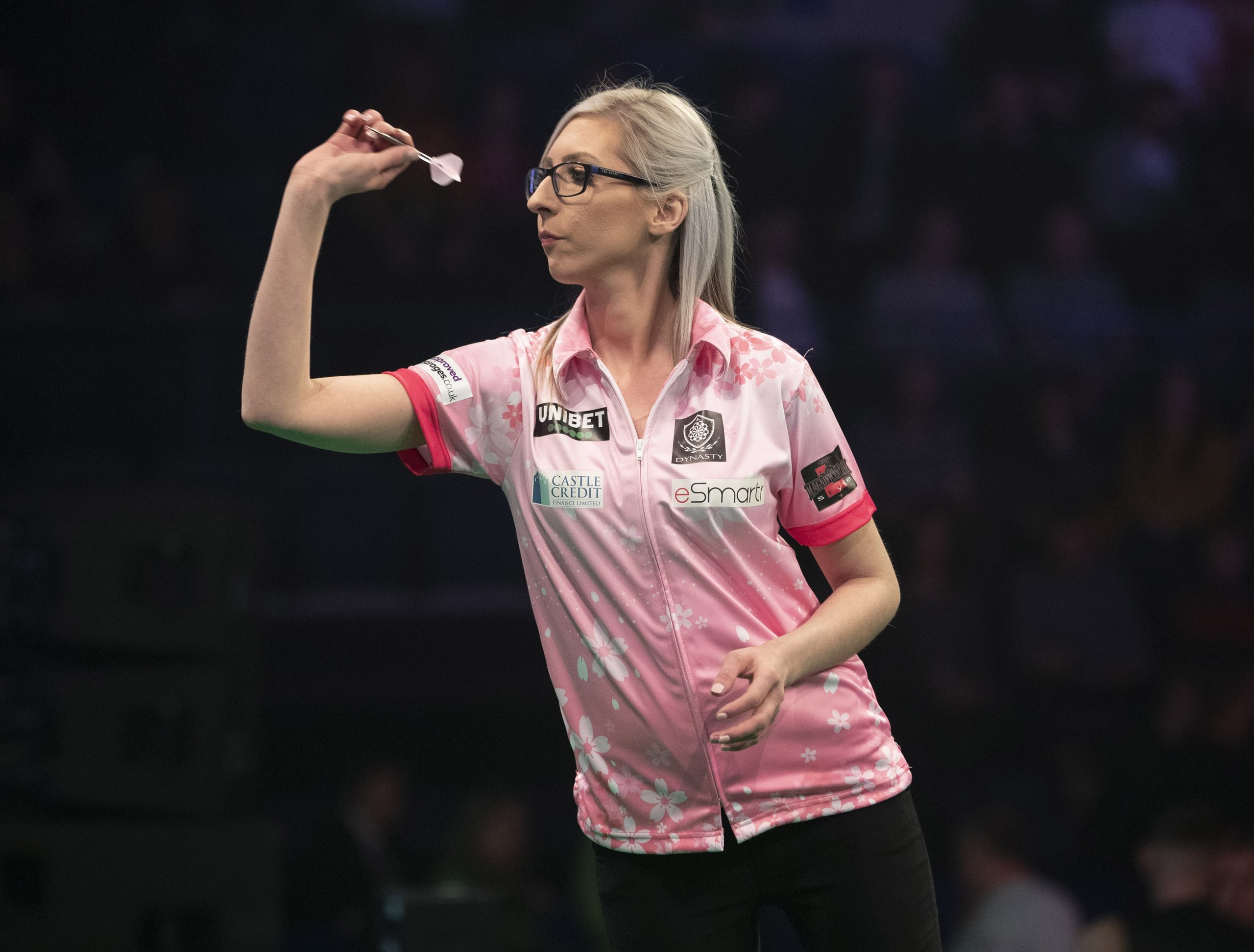 Fallon Sherrock claimed a historic draw as a challenger in her Premier League match against Glen Durrant on night two of the tournament in Nottingham.

Sherrock again rose to the big occasion as she overturned a 3-2 deficit to lead 6-4 thanks to some clinical finishing including a checkout of 92. This put her on the brink of becoming the first challenger to win a match in the Premier League. However, three time BDO champion Durrant rallied and held his nerve to win the last two legs and avoid defeat. Sherrock had the opportunity to claim the final leg but could not checkout 106, failing to even give herself a match dart with two loose throws. This left Durrant needing 70 to ensure things ended all square, and he duly made light work of finishing it off.

Durrant’s ‘slip up’ meant he was deposed from the top of the standings by world number one Michael Van Gerwen. The Dutchman hammered Daryl Gurney 7-1 with an impressive average of just north of 105. He is now the only man with a 100% winning record after two matches as he looks to win a fifth straight Premier League title. With recent shock defeats to Jonny Clayton in the first round of the Masters and Jamie Hughes at Barnsley in the last 16, there has been plenty of speculation about how well he is getting on with his new Winmau darts. However, he answered any questions people had, emphatically tonight with this ruthlessly dominant performance.

Elsewhere on the night, the only other former Premier League winner in action, Gary Anderson, held World Champion Peter Wright to a 6-6 draw. It was a match played at a high standard and a ferocious pace. There was very little to choose between the two players throughout although Anderson threatened to sneak a victory in the final leg. He applied pressure by getting down to a finish at the same time as Wright despite not having the darts. This meant Wright had to checkout 104, to earn his first Premier League point of the season.

Michael Smith surrendered a 6-2 lead to end up sharing the spoils with Gerwyn Price in the most dramatic match of the evening. Smith missed two match darts and even admitted post match to making a mathematical mistake which cost him the chance to wrap up the match. He failed to recover and Price took full advantage with some sharp finishing to stage an impressive fight back and claim a point, maintaining his unbeaten start to the Premier League season.

Earlier, in the first match of the night Rob Cross had edged past Nathan Aspinall 7-5 in a hard fought contest. The 2018 World Champion held his nerve at the crucial moments to find a way to record his first victory in the Premier League this season. Aspinall twice broke the throw of Cross but was twice broken back immediately. Cross secured victory with a break in the final leg when he managed a superb checkout of 112 to confirm victory.