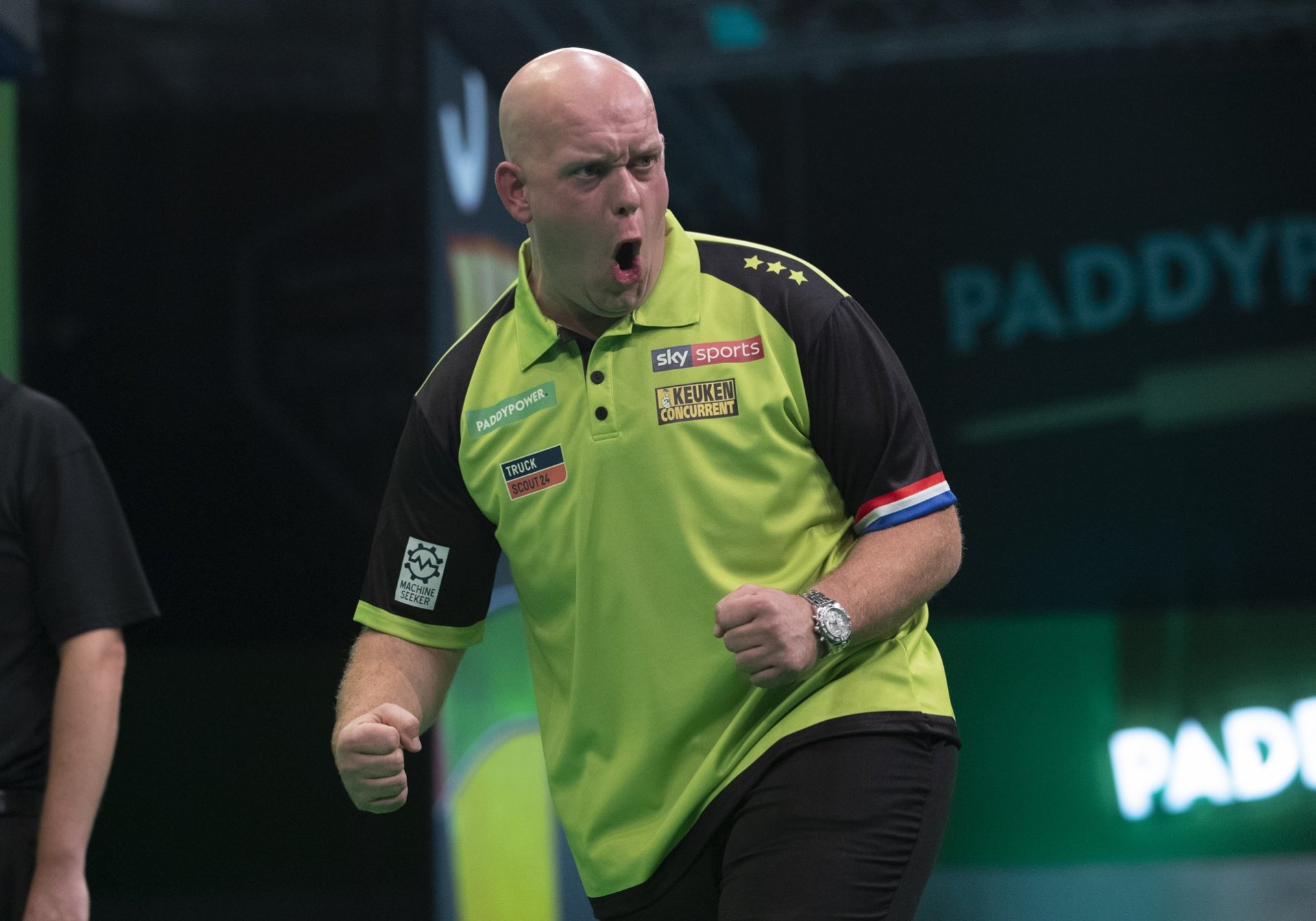 In a busy day at the Morningside Arena in Leicester, defending champion, Gary Anderson crashed out of the Paddy Power Champions League  after two straight losses in the competition.

Anderson’s day began as well as it could do, forging 3-0 and 5-1 leads against Michael Smith, but “Bully Boy” roared back to clinch a 10-7 win. The Scot was unfortunate in both of his matches, as he played well enough, but just didn’t get the result, and this was proven when he met James Wade in his second match of the day.

Anderson held a 9-7 lead over Wade, but the Aldershot man crucially took out 121 on the bull to force a decider, which he duly won to edge out his rival, 10-9.

This now gives Wade a shot at the semi finals, where he faces a shootout with Michael Smith. Wade’s campaign started brightly against Michael Van Gerwen, as he went 4-2 up on the World Champion, but he eventually slipped to a 10-8 defeat.

Smith took on Van Gerwen after his win over Anderson and watched the Dutchman build a commanding 5-0 lead. Although Smith tried his best t get back into the match, Van Gerwen reached the last four with a 10-6 win.

Following Anderson in elimination is World Matchplay Champion, Rob Cross, as he suffered back to back defeats in the East Midlands.

“Voltage” was comfortably defeated 10-5 by Gerwyn Price in his opener, and later on Daryl Gurney took an 8-2 lead against him, before closing out a 10-6 win.

Joining Michael Van Gerwen in the semi finals is Peter Wright, who impressed after a slow start.

Wright trailed Gurney 3-0, before bouncing back for a 10-7 win, reeling off three straight legs from 7-7. “Snakebite” then took on Gerwyn Price in what turned out to be a high quality affair.

Group B’s final games are Peter Wright against Rob Cross, and Gerwyn Price and Daryl Gurney play each other for a place in the semis.