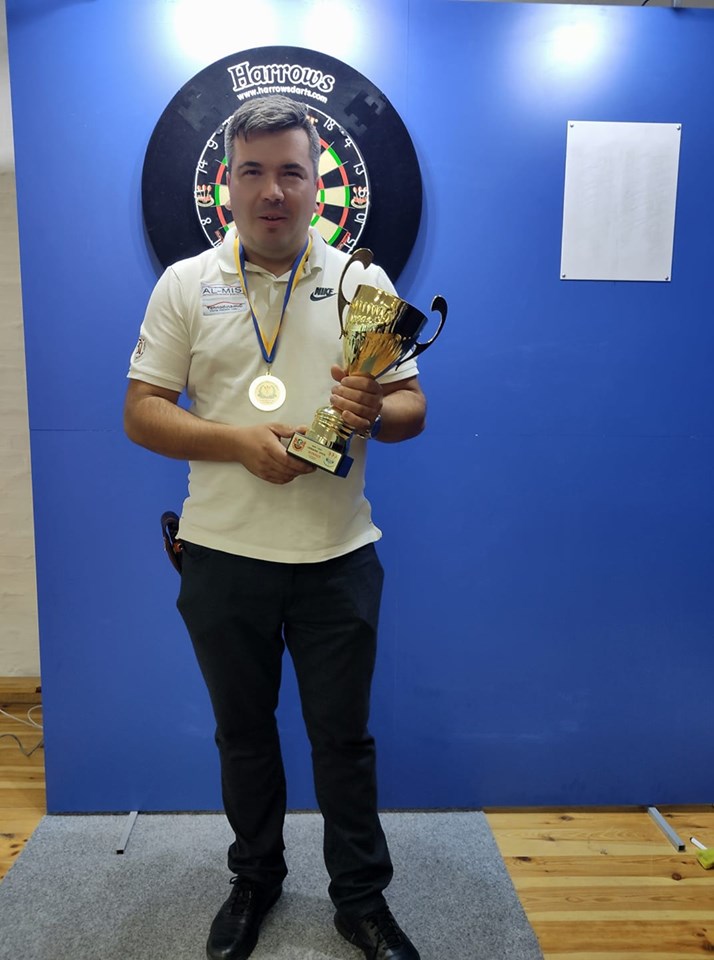 Gabriel Pascaru won the Ukraine Open and provisionally booked his place at the 2020 BDO World Professional Championships as the BDO made its first trip to the Ukraine.

The Romanian picked up the win and the €450 top prize courtesy of a 5-3 win in the final over Ukraine’s own Artem ‘Gunfire’ Usyk.

Pascaru came into the weekend as the third seed after the late withdrawal of Belgium’s Brian Raman, who did not have the correct paperwork to make the trip to Kyiv.

After topping his group with four 3-0 wins, the former Gibraltar Open winner beat Roman Tlamolov and Siargey Shilakau 4-0 to reach the quarter-finals, where he beat Oleksii Bushui 4-2. Pascaru followed that up with another 4-2 win, this time against Yury Hrekau from Belarus to set-up the meeting with Usyk.

Usyk had had a harder route to the final, needing last-leg deciders to beat Wayne Halliwell and World Trophy semi-finalist Sebastian Steyer, but he was blown away by Pascaru, who won his first BDO ranking title at the second time of asking after losing in last year’s Hungarian Masters final.

The Romanian thrower fell in the last 16 of the Kyiv Masters, which was eventually won by Ukraine’s Oleksandr Mamyka.

Mamyka beat Pal Szekely and Poland’s defending champion Lukasz Waclawski before winning four legs on the spin to see off compatriot Vitali Rogov 4-1 in the semis.

In the final the Ukrainian met Turkey’s Alper Subasi, who won the Mediterranean Cup singles earlier in 2019.

Subasi had recorded good wins over Andrei Pontus and Halliwell to make the final, but he wound up on the losing end as Mamyka edged a scrappy game 5-4 to win his first BDO ranking title.

It was a first ranking title for Moiseienko, who trousers €250 for her win and earns a spot at next month’s World Masters.

The two women met once again in the Kyiv Masters final, with Klochek gaining a measure of revenge with a comfortable 5-0 win.