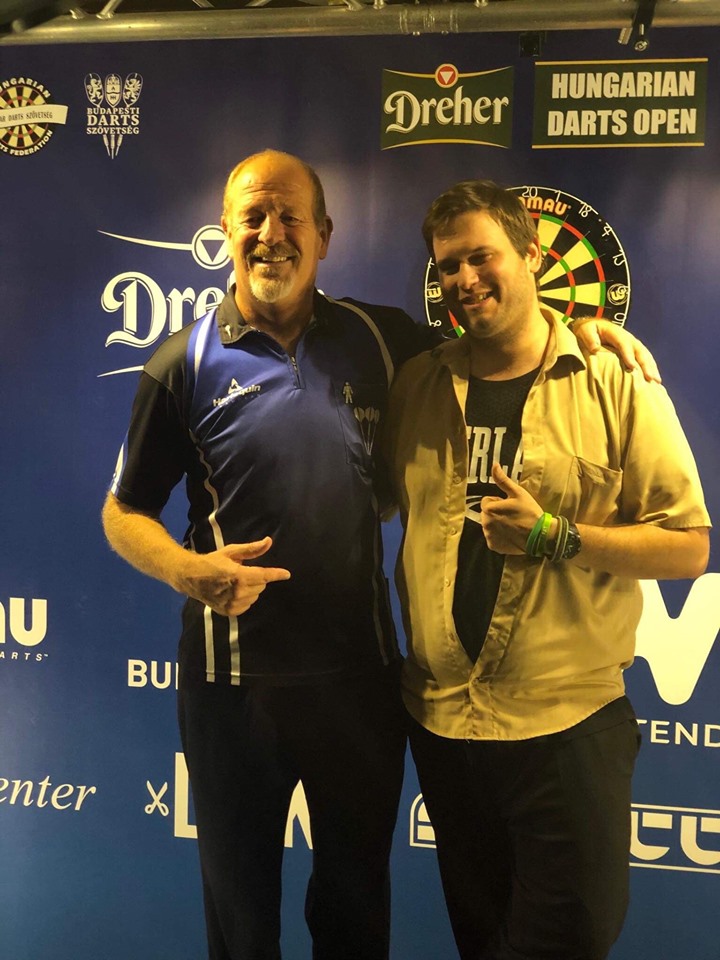 Gabriel Pascaru and János Végsõ took the men’s singles titles at the Hungarian Darts Festival in Budapest as Deta Hedman did a double in the ladies’ events.

The Hungarian international lost in the final of last year’s Classic to Benjamin Pratnemer but he made up for that in 2019 by winning the title, with Pratnemer only getting to the final four, where he was joined as a losing semi-finalist by Sensenschmidt.

Steyer once again lost out in the last eight, as did Brian Lokken, Pal Szekely and Miroslav Petrov.

In the ladies competitions, Deta Hedman added a further two titles to her already enormous collection.

Tamara Kovacs, who reached the quarter-finals in both senior ladies competitions, did the double in the Girls’ youth events to cap off a very successful weekend for one of Eastern Europe’s most promising young female throwers. In both finals she recorded victories over Viktoria Laczi.

Rajmund Papp lost in the final of the Boys Classic on the Saturday to Zsombar Budavari but he improved on that run in the Boys Masters as he beat Barnabas Nagy to pick up the title.