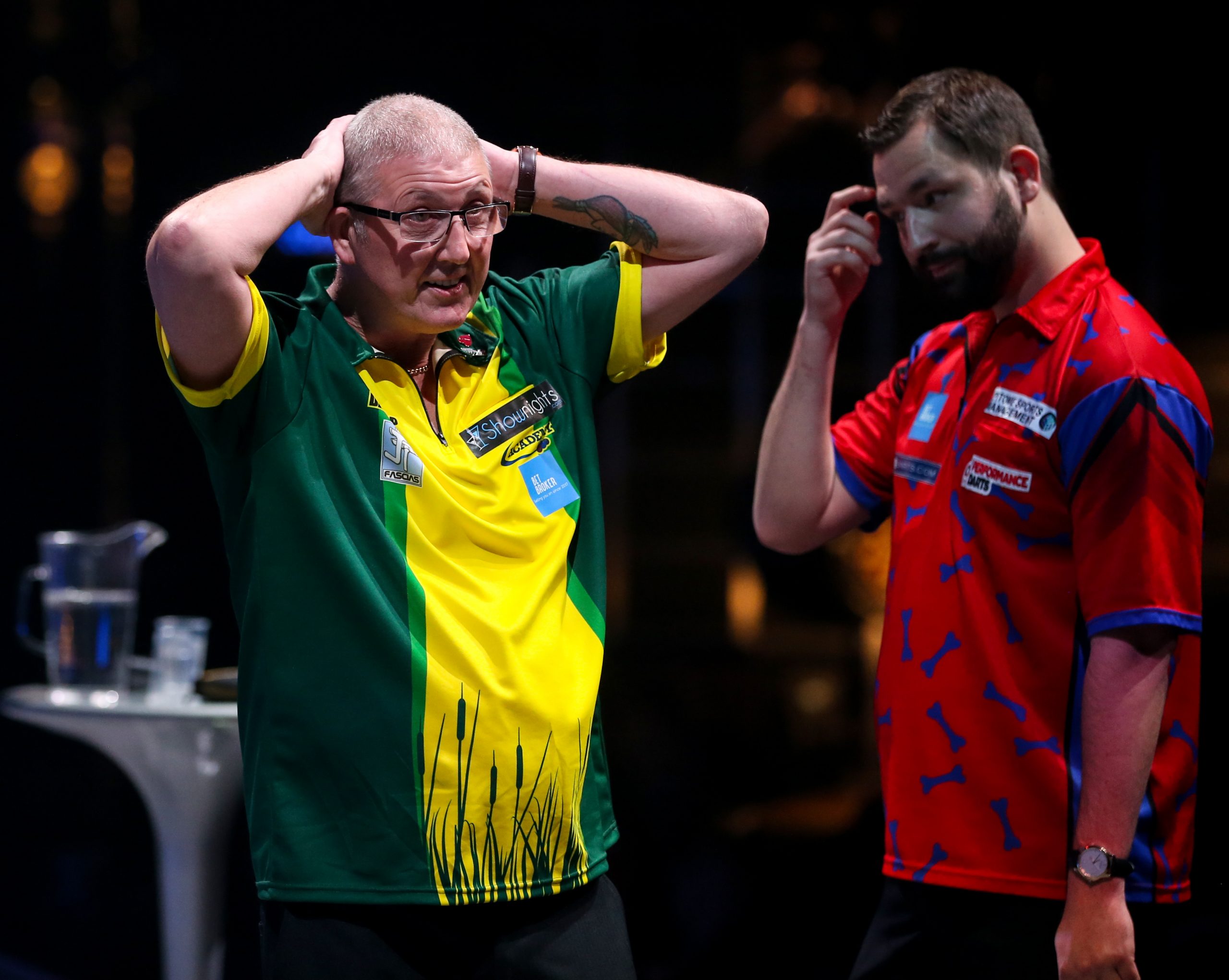 Known predominantly for defeating both Gary Anderson and Adrian Lewis in successive rounds  at the prestigious UK Open three years ago, Paul Hogan has remained a persistent threat when taking upon the oche.

His Anderson and Lewis scalps failed to go unnoticed. The Dudley-born thrower recorded averages in the high nineties throughout the entirety of the tournament, pinning double 18 to defeat Lewis – who became the second two-time world champion to be ousted by Hogan.

That very same double, located in the top right-hand corner of the dartboard, would be narrowly missed by Hogan at the ongoing BDO World Championship, after ‘Crocodile Dundee’ had beforehand nailed eight perfect darts.

Millimetres away from a nine-darter at the BDO World Championship…

As his hands were placed firmly on the back of his head in disbelief, Hogan was left bemused and bewildered as to how his well-thrown arrow didn’t nestle in the segment he was aiming for.

History would have been formed if that dart had fell in between the four wires separating his favourite double – the same double he pinned to complete a nine-dart finish at a British International event, held almost two years ago.

His opponent, former World Masters champion Adam Smith-Neale, was left stunned as the Basingstoke-based ace whitewashed him with a simple scintillating showing, averaging just short of the 100 mark to progress to the last 16 for the first time in four years.

Glen Durrant was his opposition on that particular occasion, with ‘Duzza’ somehow producing a miraculous comeback from 3-0 behind to deny Hogan en route to lifting the first of his three world titles.

This time around, it’s the reigning Welsh Open champion, Martijn Kleermaker, who enters the stage alongside ‘Crocodile Dundee’. The Dutchman has become renowned for his success on the BDO circuit in recent months.

Hogan, who defeated Belgium’s Brian Raman in the first round, will be vying to emulate his exploits whilst up against the seeded reigning French Classic champion, Smith-Neale.

The 1995 World Championship quarter-finalist, who lost to eventual champion Ritchie Burnett 25 years ago, could potentially lock horns with heavy favourite Jim Williams in the last eight if he was to overcome the ‘Dutch Giant’.

115.62 first set average for Paul Hogan ? tonight at the BDO World Championships in which he wired a 9 darter! ???#darts pic.twitter.com/6Hbr3su0Aj

As Elton John’s ‘Crocodile Rock’ echoes around the Indigo at the O2 on Thursday evening, we could be laying eyes on the eventual champion.

Hogan has on multiple occasions provided further evidence towards his ability to throw world class darts, and that illusive, larger scale tournament triumph could well be in the making.