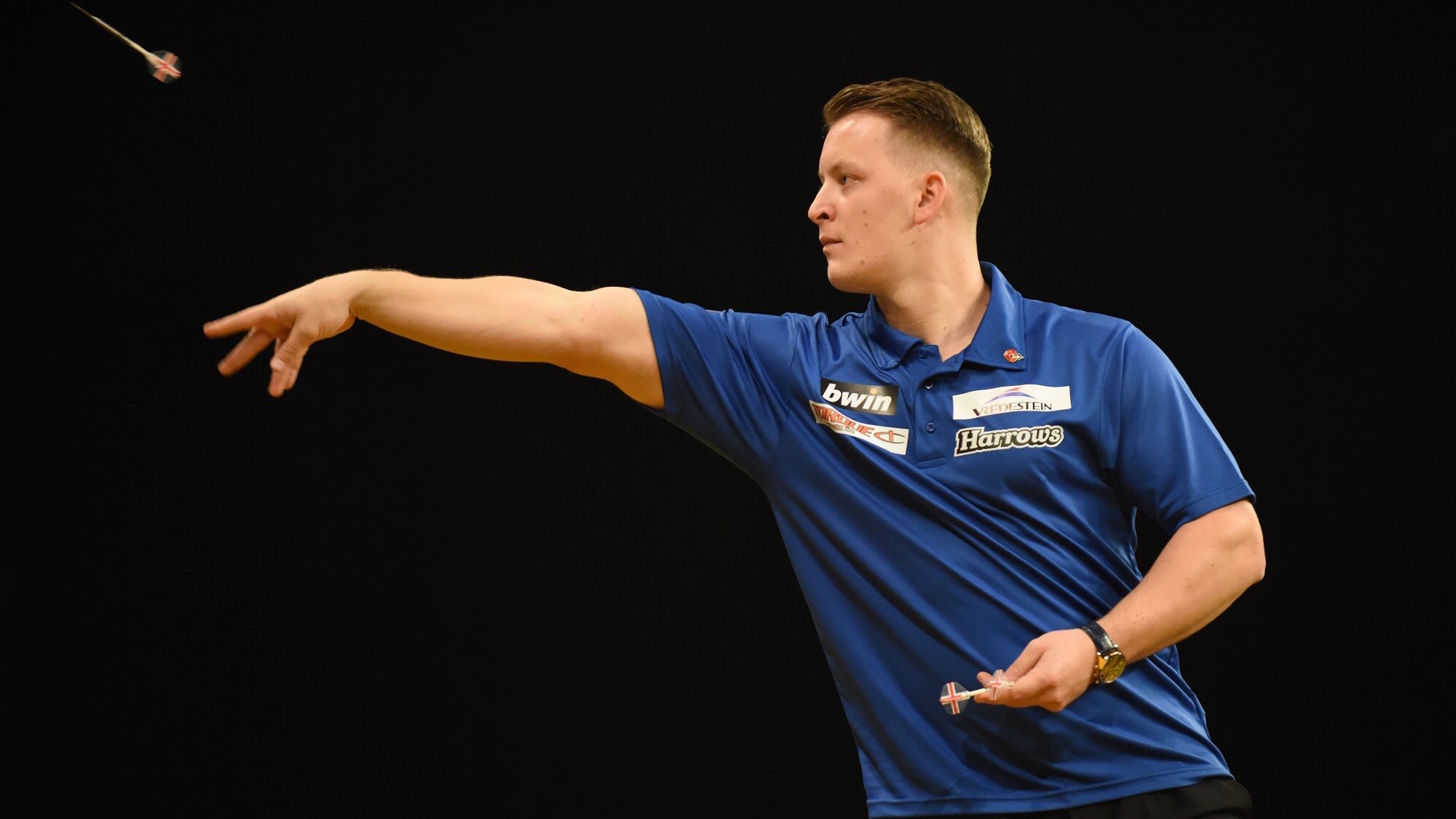 Stephen Bunting continued his unbeaten run in this year’s Grand Slam of Darts as he pulled off a stunning showing in a 5-1 demolition of former BDO World Champion Scott Mitchell. The St Helens ace topped Group G after his victory and Mensur Suljovic’s narrow defeat to Germany’s number two Martin Schindler. Vienna-based Suljovic joined Bunting in the second round following Scott Mitchell’s failure to win the legs needed to progress. ‘The Bullet’ will face Dimitri van den Bergh on Wednesday evening while Mensur Suljovic setup a thrilling encounter with Rob Cross.
After Gerwyn Price’s place in the last 16 was confirmed following yesterday’s action, it was Australia’s Simon Whitlock who joined him after edging out the Welshman in a last leg decider. Whitlock fired in two 170 checkouts and a 108.86 average in a simply scintillating display.
Glen Durrant agonisingly missed out on the second round after suffering a shock 5-4 defeat to Andrew Gilding in a last leg decider that saw Gilding throw a 15-dart leg to win. Durrant will head back to Teeside after averaging over 97 in all three of his matches up on the Wolverhampton stage.
Grand Slam of Darts debutant Josh Payne booked his place in the second round despite suffering a narrow defeat to Peter Wright, following Jim Williams’ 5-4 win over Max Hopp. Payne was handed with the task of winning three legs against the former UK Open champion in which he completed and therefore setup a second round clash with Gerwyn Price. Wright will face Simon Whitlock after Wright topped his group with victory over Payne.
It was a maiden Grand Slam of Darts victory for Jim Williams as he edged past Max Hopp and ended the German’s hopes of reaching the second round. Despite enduring an early exit, it will be a moment the Welshman will cherish. He produced a finishing masterclass as he hit five out of his six attempts at the outer ring. Williams also hit three maximums and a 101.6 average in a scintillating showing.
The reigning World Champion Rob Cross and Dimitri van den Bergh qualified through Group H, with Hastings-based Cross topping the group with three straight victories. Cross seems to have found his feet up on the big stage once again after three solid showings with van den Bergh once again showcasing his talent on the big stage.
The Grand Slam of Darts group stages will conclude tomorrow evening with Michael van Gerwen needing a win to secure his spot in the second round.
2018 bwin Grand Slam of Darts