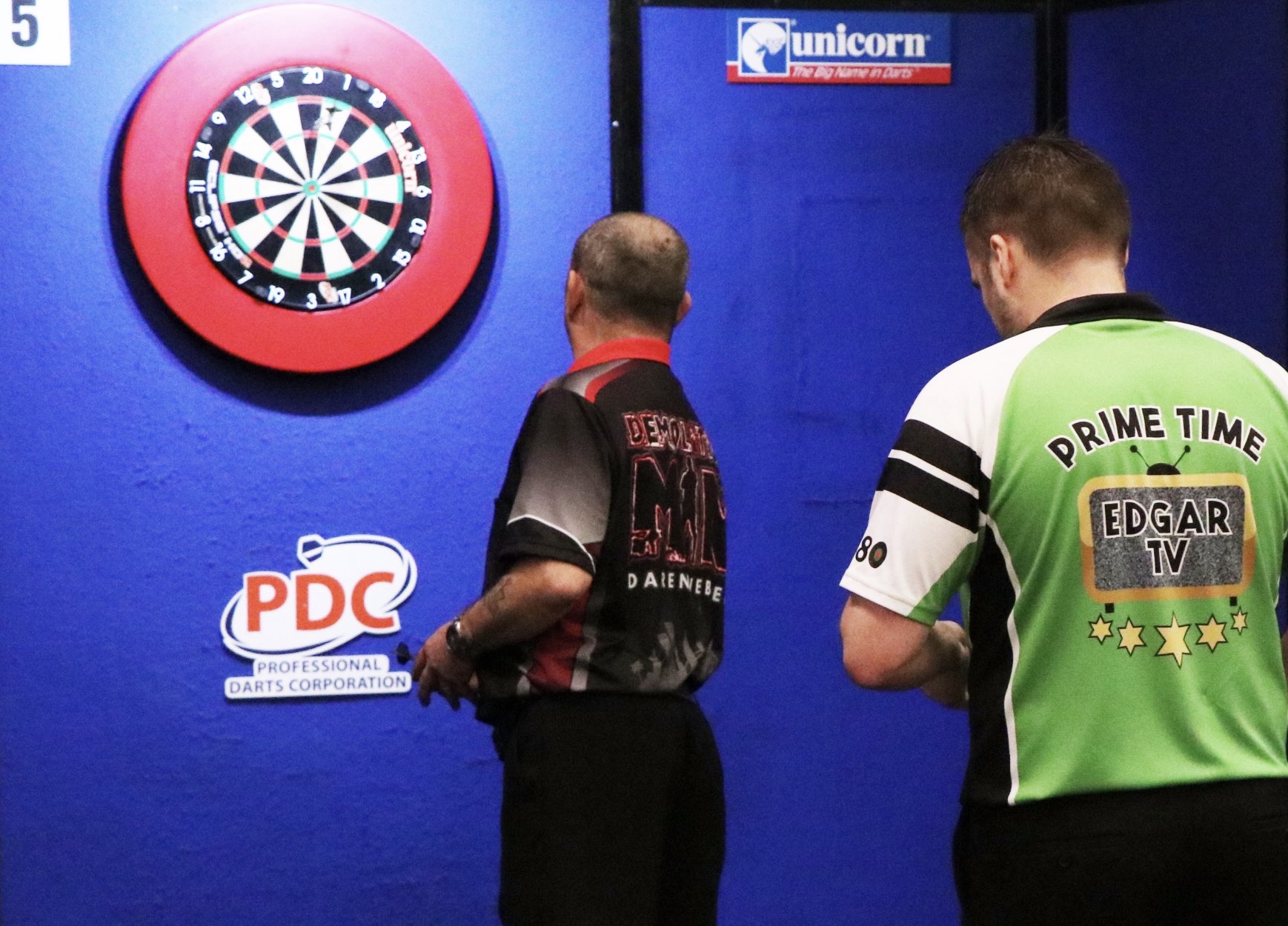 The upcoming PDC Autumn Series will not go ahead in Hildesheim from September 12-16 and has instead been given the green light to take place in Niedernhausen, Germany.

Following the success of the Summer Series in early July, the PDC opted to introduce a second seasonal series, consisting of five Players Championship events and a Grand Slam of Darts spot.

Having originally been scheduled to take place at Halle 39 in Hildesheim, the five-event series has instead switched roughly three hours south due to changes to both flight schedules and travel advisories.

Similar to the Marshall Arena – the host of the recent Summer Series – the H+ Hotel in Niedernhausen will provide on-site accommodation and secure an exclusive ‘bubble’ environment for players and staff throughout the duration of the tournaments.

Players will be tested upon their arrival to the venue and then forced to self-isolate until the following morning. If they receive a negative result, they will be eligible to enter the venue.

The H+ Hotel in Niedernhausen will host its first ever professional tournament in September (Photography: H-Hotels.com)

As well as five £75,000 events, a qualifier for the World Series of Darts Finals will take place beforehand in Germany, with four spots for the televised tournament up for grabs.

“This change has been carefully considered in response to the ever evolving pandemic situation in different territories,” said PDC Chief Executive Matthew Porter.

“As with everything we have done since returning to action, the health and safety of our players and staff is our top priority, and we believe this is the right thing to do.

“We have a large number of non-UK Tour Card Holders and staging events outside the UK is absolutely fair, but only if it can be done under satisfactory conditions, and we will be able to achieve that in Niedernhausen.

“Following several flight cancellations in to Hannover and the confirmation of the World Series Finals in Salzburg being able to take place immediately afterwards, it became apparent that travel to and from Hildesheim would be more challenging, and with players and staff due to be spread across various hotels, we have worked with our partners at PDC Europe and the PDPA to replicate the bubble environment that has worked so well for us in Milton Keynes.

“We will provide transport for players from Frankfurt airport where possible and are establishing testing protocols to ensure the events are played in a fully quarantined environment.

“We have been in contact with players regarding travel arrangements and most had not yet finalised their details, but any who have are asked to contact the PDPA directly so that their situation can be resolved.

“For everyone else, we advise direct travel either to Niedernhausen by road where possible and suitable but otherwise a direct flight in to Frankfurt am Main airport is the best option and accommodation details are being provided to players by the PDPA for booking through PDC Europe.”