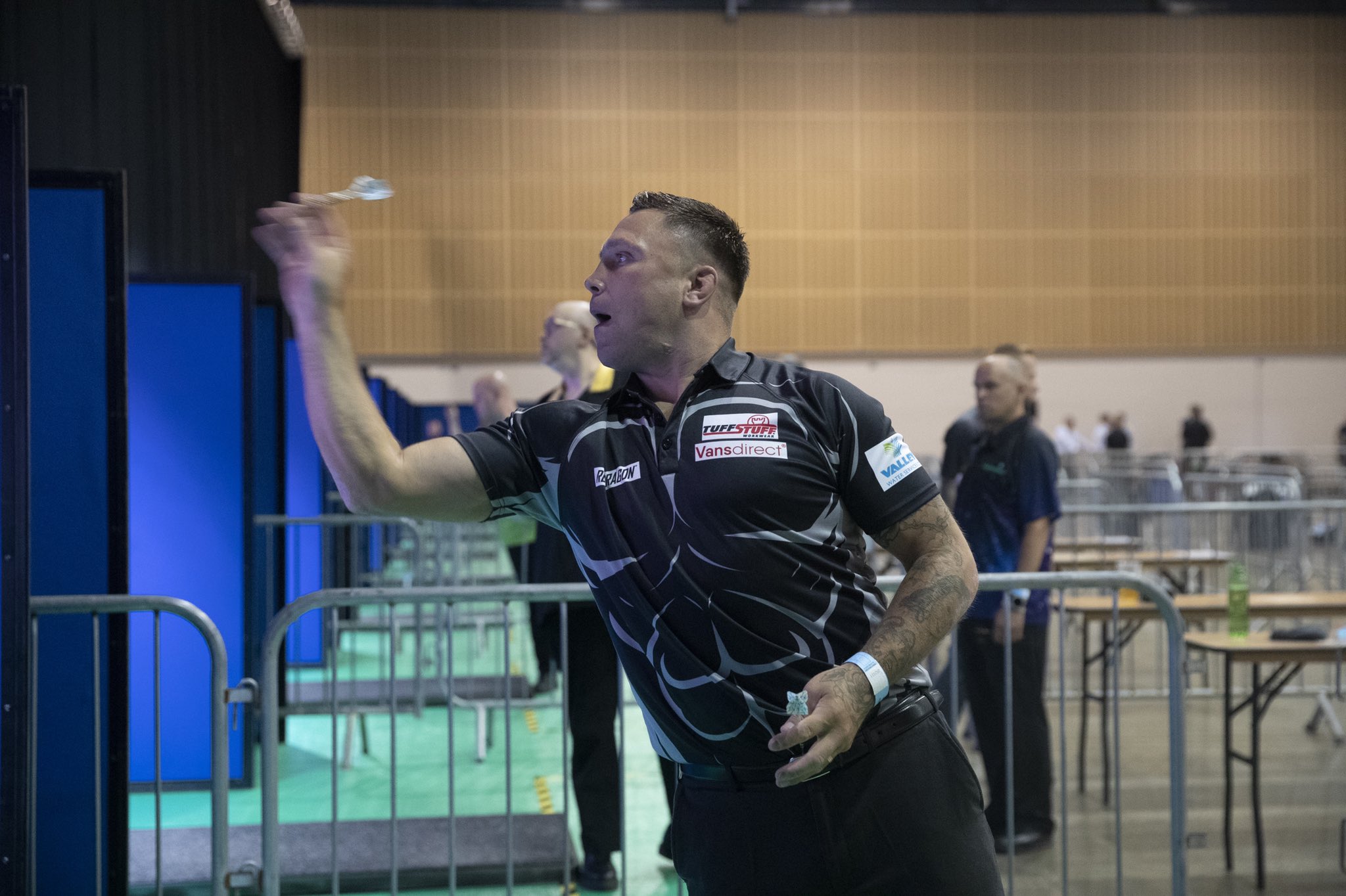 Gerwyn Price secured a double in the ‘bubble’ on Wednesday afternoon, defeating Krzysztof Ratajski in the final to top the PDC Autumn Series Order of Merit.

Price, who survived four match darts to overcome Devon Petersen on Tuesday, doubled his Autumn Series honours with a string of scintillating showings across the afternoon in Niedernhausen.

‘The Iceman’ registered averages in excess of the 100 mark in all five of his matches leading up to the final, after receiving a bye to the second round following the withdrawal of Andy Hamilton through injury.

Price commenced his campaign with a blistering 106.3 average in beating Vincent van der Voort, before seeing off both Madars Razma and Chris Dobey – both of who have reached ranking event finals in recent times.

A prolific Price then recorded his best performance of the afternoon, averaging 107.2 and converting six maximums and checkouts of 102 and 156 in denying James Wade in a deciding leg thriller.

Portuguese sensation Jose de Sousa would subsequently be swept aside by a rampant Welshman, with Price sealing his place in the final despite missing eight darts on the outer ring.

Meanwhile, Poland’s Ratajski reached his first final since the professional restart, making headway after below par beginnings in the inaugural Autumn Series.

‘The Polish Eagle’ clocked an average in excess of 103 in his first round victory over compatriot Krzysztof Kciuk, before seeing off Adrian Gray, Peter Jacques and newly-crowned World Matchplay champion Dimitri Van den Bergh to reach the quarter-finals.

Despite falling to complete a clean sweep of ton-plus averages in the final, Price raced to a 8-5 win over a resilient Ratajski, scooping his second £10,000 winner’s cheque of the week and his 13th professional honour in the process.

“Winning yesterday put me at ease today,” said Price. “There was less pressure, I was already happy with my week’s work.

“With the pressure off it shows the kind of game I can play. I played brilliant all day. The final was my worst game but I got over the line.

“I’m in a good place right now. I believe that my ‘A-game’ is better than anybody else’s.

“I’m going into the World Series Finals with confidence and I’m looking forward to playing in front of a crowd again.”

Elsewhere, Devon Petersen clocked his first ever nine-dart finish within the professional ranks, completing perfection in his second round defeat at the hands of Belgium’s Van den Bergh.

Two-time ranking event winner De Sousa landed his maiden victory over world number one Van Gerwen in the quarter-finals, averaging just spare of 102 before being ousted by Price in the last four.

Matt Clark, a former World Matchplay quarter-finalist, embarked on his furthest run since regaining his professional tour card at the frontend of last year, defeating the likes of Mensur Suljovic and Danny Noppert on his way to the quarter-finals.

Reigning world champion Peter Wright, Michael Smith and Nathan Aspinall were amongst a number of high-profile names to depart in the opening rounds, while Premier League table-topper Glen Durrant was downed in the third round by Whitlock.

Price’s prosperousness marks the conclusion of the inaugural PDC Autumn Series in Niedernhausen, with the ProTour resuming from September 25 as the German Darts Championship takes place in Hildesheim.