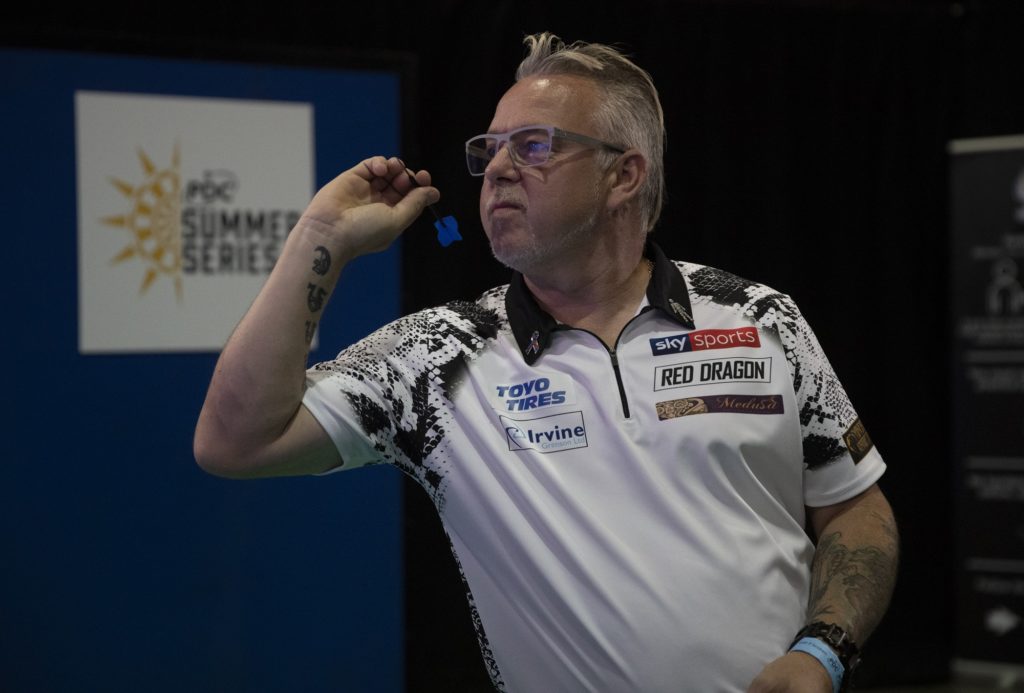 Peter Wright secured his fifth title of the year in fantastic fashion as he emphatically overcame surprise package Madars Razma in a one-sided final.

Since being crowned world champion for the first time in January, Wright had lifted the Masters in Milton Keynes and claimed a brace of titles behind closed doors on the PDC ProTour.

The Scotsman added to that growing tally at the H+ Hotel in Niedernhausen, pocketing £10,000 and commencing his bid of topping both the Summer Series and Autumn Series Order of Merits in an ideal manner.

He then thrashed Croatia’s Boris Krcmar, prior to whitewashing Premier League table-topper Glen Durrant with impressive checkouts of 139 and 170 on his way to the reaching the semi-finals in Germany.

Wright subsequently pulled off a remarkable comeback against world number one Michael van Gerwen to book his place in final, averaging in excess of 109 whilst battling back from 5-2 behind.

The four-time World Championship qualifier then narrowly saw off South Africa’s Devon Petersen in a deciding leg thriller to reach his second final in the space of 12 months.

Wright drew first blood in the final with the first maximum of the encounter and a 13-dart break of throw, before doubling his lead with a three-dart 74 finish after Razma narrowly missed tops for 120 checkout.

Latvia’s Razma subsequently squandered another opportunity with the reigning world champion on a two-dart outshot, as Wright pounced and landed double 16 to move 3-0 in front.

The Scotsman then completed an unusual hold of throw in 21 darts as he continued to punish his opponent, before Razma converted a mesmerising 113 checkout to get off the mark.

Despite getting on the board, the Latvian continued to struggle and failed to replicate the promise he had shown leading up to his second PDC ranking final.

Wright would reel off four legs in succession, pinning checkouts of 70, 78 and 97 to resume his expertise in the doubling department and become the first winner of an Autumn Series crown.

“I felt confident coming here but it was very hard work today,” said Wright. “I’ve won one and let’s see what tomorrow brings.

“Obviously the Premier League has helped me, playing day after day against the best players in the world.

“I had to play well against Michael and had a really good game there – there was a bit of the old Michael back, which is good to see.

“It was nice to see him playing some superb darts. He let me in, he had two or three bad scores which I jumped on. It’s the best I’ve seen him play for a long time.”

Elsewhere, top seed Gerwyn Price suffered a third round departure at the hands of South African number one Petersen, while third seed Krzysztof Ratajski endured defeat against Van Gerwen in the last eight.

Four-time women’s world champion Lisa Ashton ousted world number four Michael Smith in the opening round before being downed in round three, while Daryl Gurney, Ian White and Nathan Aspinall were also beaten at the same hurdle.

Former world champions Rob Cross and Adrian Lewis both departed within the opening two rounds as their respective struggles resumed in western Germany.

World number 89 Carl Wilkinson achieved a moment of perfection in his opening round clash with Joe Cullen, pinning his first professional nine-darter in a 6-5 defeat.

The PDC Autumn Series continues on Sunday afternoon in Niedernhausen, with 128 players returning to action in the second of five Players Championship tournaments.