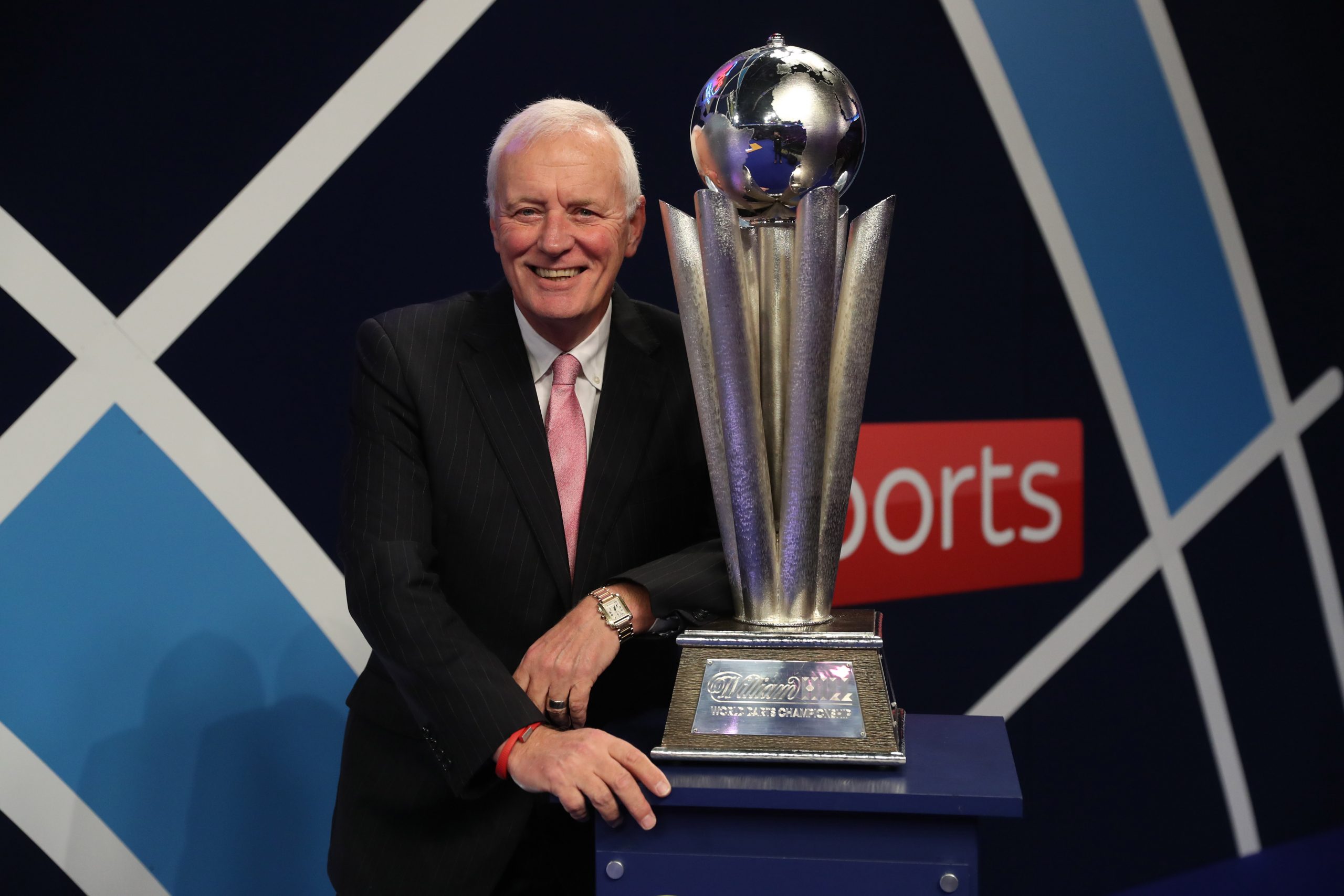 Barry Hearn, the chairman of the Professional Darts Corporation, has been awarded an OBE for services to sport in the New Year honours listings.

Hearn, 72, has played an instrumental role in the incredible growth of the sport since taking over the organisation back in 2001, and has now been recognised for his tremendous work.

The sporting supremo established Matchoom Sport back in 1982, with the company producing and promoting sports such as darts, snooker, boxing and ping pong.

Matchroom has expanded massively in past years, with thousands of spectators usually flocking inside venues worldwide to experience sporting greats performing at the highest level.

In recent times, Hearn and his dedicated team have pulled off innovative ideas in overcoming the coronavirus setback, such as the PDC Home Tour and eventually the anticipated return of fans.

His newly-achieved accolade is a long-overdue feat when you consider his perhaps unrivalled career as a sports promoter and manager – who has nurtured the likes of Phil Taylor and boxing world champion Anthony Joshua.

Hearn said: “I’m incredibly proud to have been awarded an OBE. It has been a great joy to be involved in such a wide range of sports for over 40 years, and to be recognised for that work is an honour.

“I’ve been lucky enough to work with some of the greatest players ever to play in their sport from Steve Davis to Phil Taylor to Chris Eubank, and I’ve got so many wonderful memories.

“Alongside those elite players though, I’ve always tried to create pathways and opportunities for people to reach the very top of their chosen sport and change their life in the process.

“This award is also a recognition for the hard-working, creative and dedicated staff I work with at Matchroom Sport and in our chosen sports – who share my vision and help to bring our events to reality.

“A passion for sport has been a mantra for us all at Matchroom, and I’m so fortunate to have enjoyed such a wonderful time across the last four decades.”

Former darts champions Eric Bristow and John Lowe, both of who were hugely prosperous during the initial darting heyday, have previously been honoured for their services to the sport.