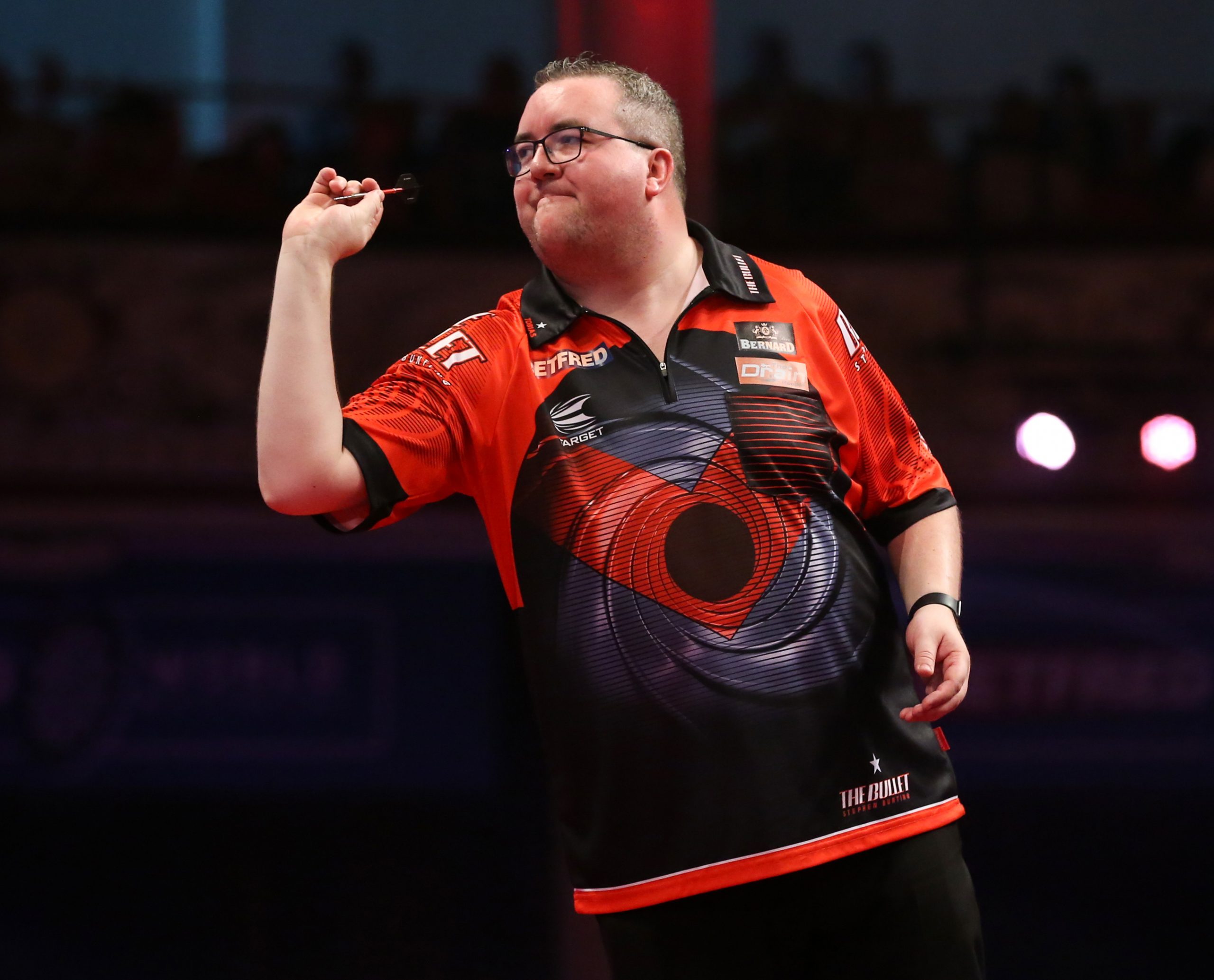 Kim Huybrechts, Stephen Bunting and Steve West topped their groups as the third edition of the PDC Home Tour returned this week.

After a break due to the Winter Series and Grand Slam of Darts, three groups took place between Monday and Wednesday, streamed from players’ homes, as the event builds up to the Championship Group on Friday, December 11.

On Monday, Group Eight saw World Cup of Darts semi-finalist Huybrechts finish as the only player on ten points, ahead of Steve Brown and Steve Beaton on eight.

‘The Hurricane’ didn’t really play his best throughout the day, but wins in his first five games were enough to top the table, including a whitewash win over John Henderson and a 4-1 defeat of Beaton.

The game of the day was between ‘The Highlander’ and ‘The Bronzed Adonis’ as the former BDO world champion took it 4-2 with both players averaging over the 101 mark.

The other players in Group Eight were Carl Wilkinson and William Borland (six points) and Harald Leitinger (two points). Henderson also just managed the one win.

Group Nine was played on Tuesday and ended with world number 26 Bunting finishing a cut above the rest on ten points.

‘The Bullet’ lost his first game to Daniel Larsson, but recovered admirably, averaging over 100 in victories over Ross Smith and Kai Fan Leung.

The Hong Kong thrower finished second on eight points, with Larsson and Smith both collecting six. Ciaran Teehan, Andy Hamilton and Mickey Mansell all won two of their six matches.

Wednesday’s Group Ten rounded off the week’s action, and once again no one could manage a 100 percent record but Steve West did enough to finish the day at the summit with ten points.

West was very consistent over the day, averaging around 90, and the biggest win came against Ron Meulenkamp in a tightly-matched contest which went all the way.

Meulenkamp can count himself slightly unlucky to lose three games, with a 97 average not enough to beat Peter Jacques.

It was an impressive day for Joe Murnan, who finished second on eight points, with ‘The Bomb’, ‘The Terrier’ and Steve Brown on six.

Marko Kantele won two of his matches, while Kirk Shepherd won just the one.

The top seven players from a cumulative table will qualify for the Championship Group, and Chris Dobey and Andy Boulton still sit top of that after this week’s action.

It’s very tight below them, but Beaton, Wilkinson, West, James Wilson and Alan Tabern are currently in qualifying places.