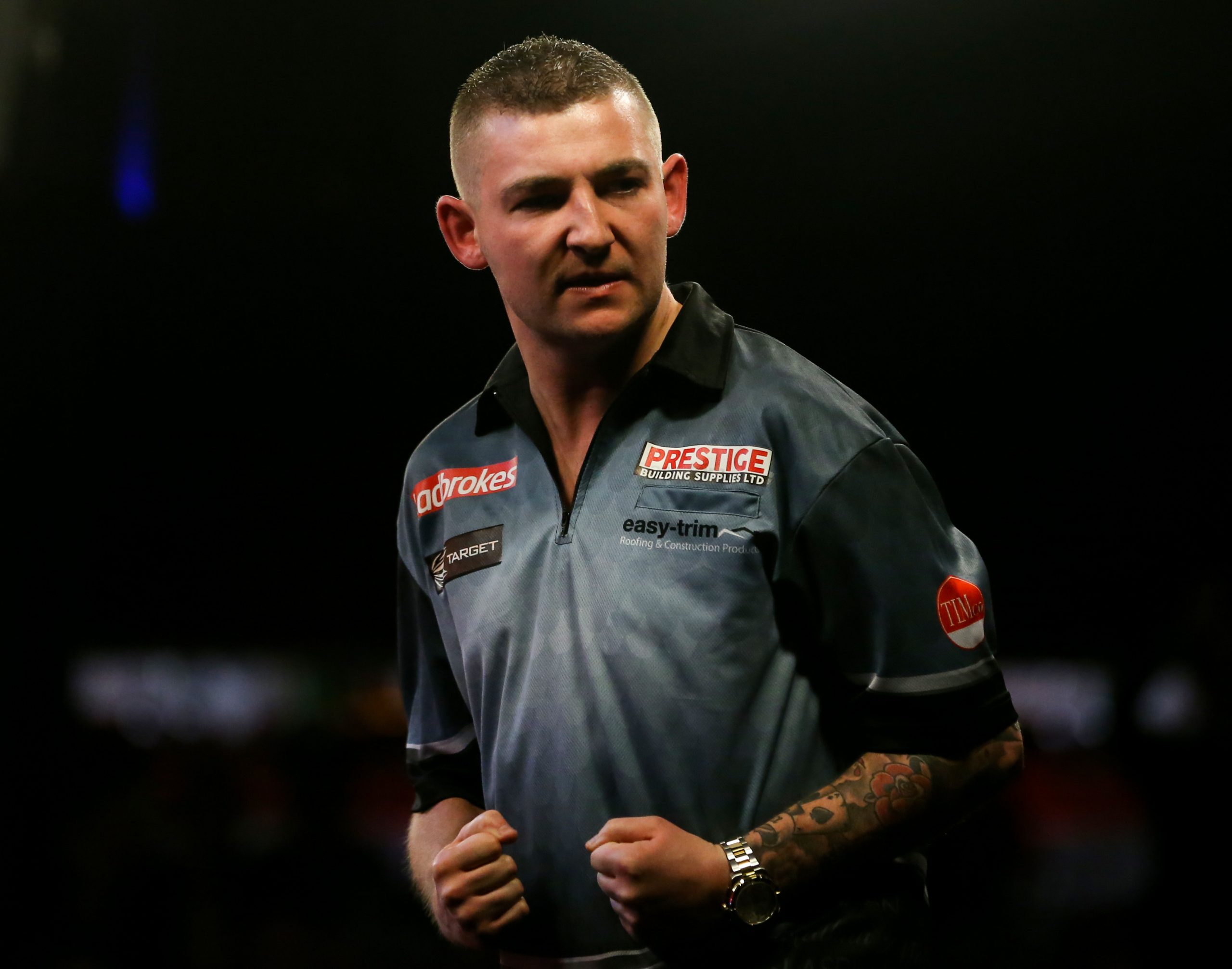 Nathan Aspinall advanced to the semi-finals of the PDC Home Tour Play-Offs on Monday evening after denying Portugal’s Jose de Sousa in a straight shootout.

Aspinall, who now remains unbeaten in the Home Tour after six straight victories, was far from his best on the seventh night of the Play-Offs but progressed with a last-ditch win over de the Portuguese sensation.

After sealing his place in the second semi-final group of four, Aspinall said: “I was very nervous. I played well in patches but I didn’t play like I can. It’s very hard at home. Those last three legs I was shaking like I don’t know what.

“It’s weird, we play these guys week in week out,” he added. “We all want to beat each other. I’m very happy and hopefully I can improve going into the semi-finals.”

Aspinall was immediately under the cosh in the evening’s opener as Spaniard Jesus Noguera – who ousted world number 10 Ian White in the first phase – bursted into a 3-1 lead with a staggering 113 average.

Nevertheless, the former UK Open champion battled back, winning five of the next six legs to complete a valiant comeback despite not managing to find his usual brilliant best. 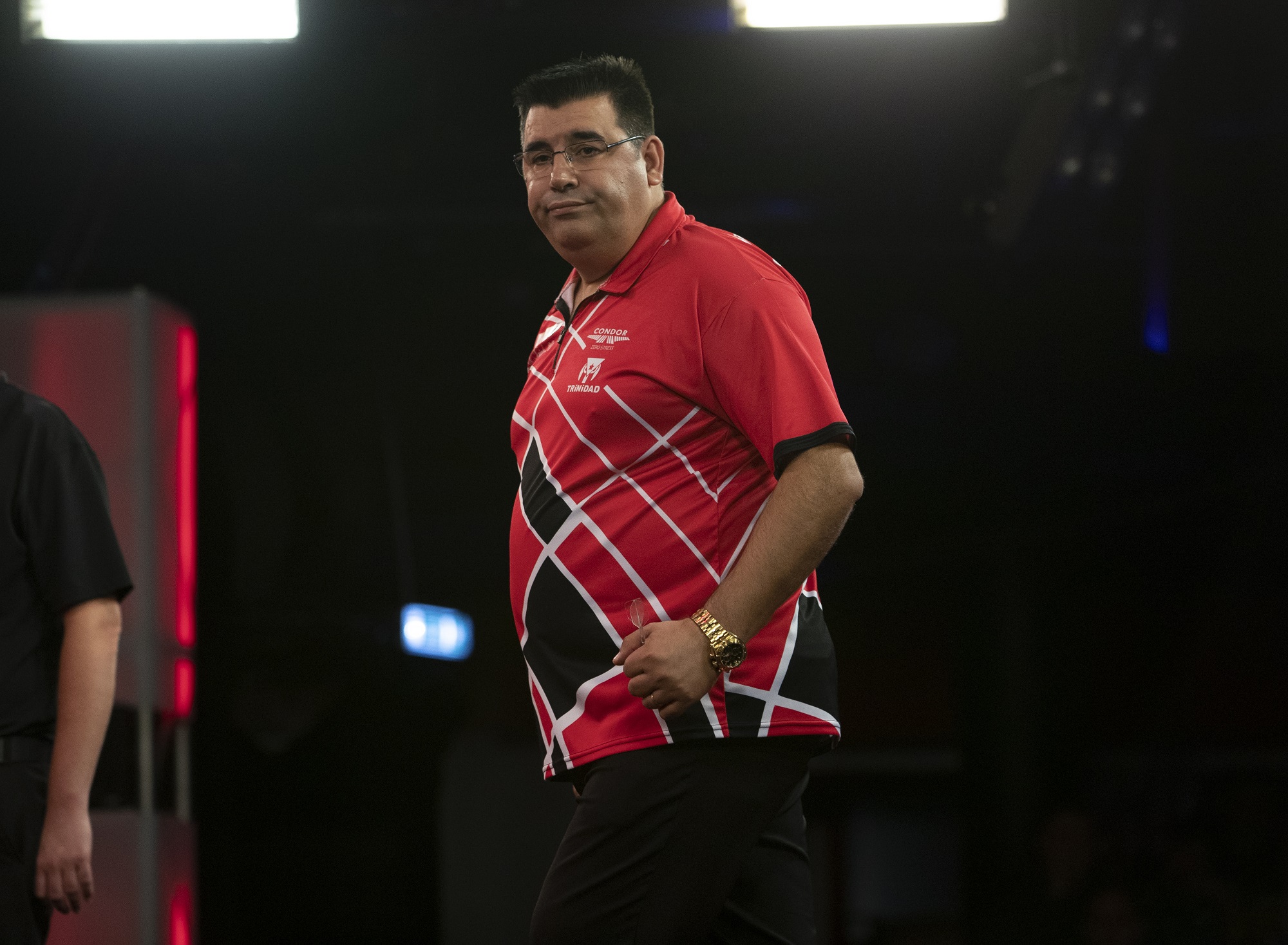 Aspinall’s closest rival in Group Seven of the Play-Offs in Portugal’s de Sousa then got his campaign off the mark in fantastic fashion as he previously achieved on his Home Tour debut last month.

‘The Special One’ pinned two 11-darters and a scintillating 103.45 average – the highest of the night – in an empathic 6-1 victory over the reigning Czech Darts Open champion, Jamie Hughes.

De Sousa remained in place for the evening’s third match as he continued his terrific form in coming from behind to overcome his fellow Iberian talent, Noguera.

Similar to his first match against Aspinall, Noguera fabricated an early 3-1 advantage, but the tables were turned by a world class operator on the oche once again.

Having earlier pinned a mesmerising 156 checkout to get his first leg on the board, de Sousa upped the ante further to see off the Orihuela-based ace with a 95.80 average.

Aspinall subsequently rejoined the broadcast from his home in Stockport, capitalising on handfuls of squandered opportunities on the outer ring from Tipton’s Hughes to set up a straight shootout between himself and de Sousa in the night’s culminating clash.

Prior to Aspinall and de Sousa locking horns in a mouth-watering finale, Hughes claimed third place in the group standings after getting on the board with a 91.04 average in seeing off Spain’s Noguera.

Aspinall constructed a hefty 3-0 in the group-decider, following up legs of 13 and 14 darts with his second pivotal break of throw on double 16, enforcing a considerable deficit to overturn for the Portuguese fan-favourite.

De Sousa then clicked into gear, winning three of the next four legs to level up proceedings at four apiece, with finishes of 68 and 102 helping him reinstate his hopes of progressing to the semi-finals.

The Madrid man managed just two big trebles in a crucial ninth leg, allowing Premier League star Aspinall to steal the darts with a 76 checkout to complete a 17-darter, before holding throw with relative ease to prevail.

Nathan Aspinall beats Jose De Sousa 6-4 to book his place in the Semi-Finals of the @low6bet Home Tour Play-Offs!

Clayton, who has been pursuing a role delivering essentials for those vulnerable during the coronavirus pandemic, will return to the fray alongside Germany’s Max Hopp and Yorkshire duo Carl Wilkinson and two-time world champion Scott Waites. 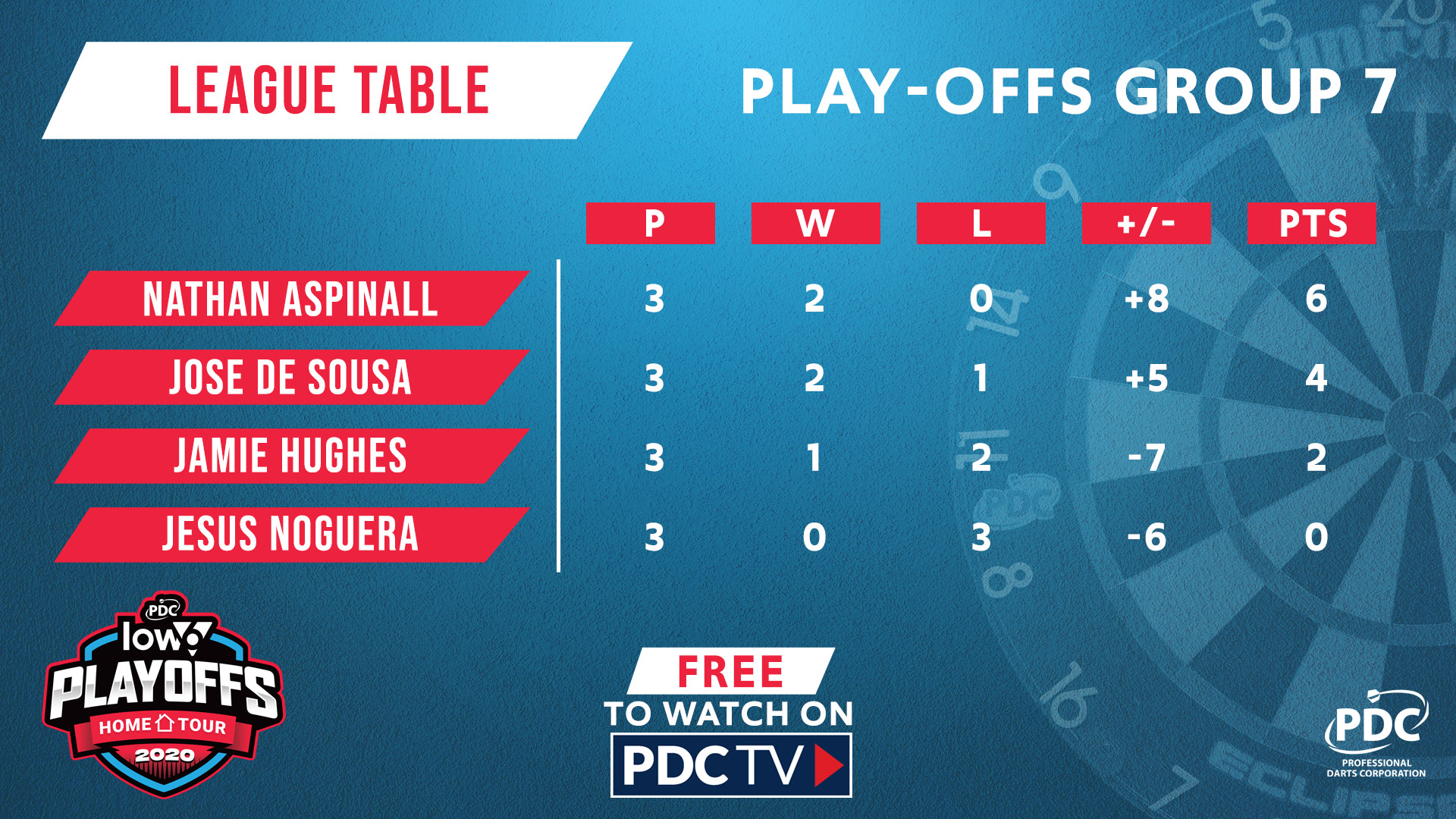 Modus Icons of Darts: Askew claims the spoils on Day One as Phase Three gets underway