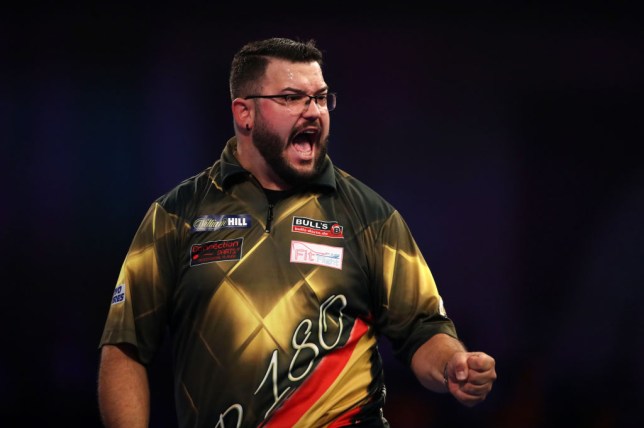 ‘The Spartan’, who was making his first appearance in the tournament with the other three players all returning for a second chance, won his first two games 5-4 then averaged 99 to see off Noppert 5-2 and seal the clean sweep.

The evening began with a comfortable win for ‘Noppie’ over Leiston’s Meikle as the Dutchman secured a 5-2 victory with a 91 average.

Reyes joined him on two points after a closely-fought game against Henderson where the only time the Scotsman led was at 1-0. Reyes went 20, T8, D16 for a 76 checkout to win the match, a moment which would prove decisive in the final reckoning.

The Spaniard had to rely on another last-leg decider against Meikle to double his points tally despite averaging thirteen points more than ‘The Barber’.

Henderson nearly crashed out after two games despite a combined average of 97, but for the third game running, the player throwing second in the ninth and final leg broke the seal the match.

‘The Highlander’ hit 5 of his 7 double attempts in a 5-4 win over Noppert, and carried on that high standard of play in his final match against Meikle, not dropping a single leg.

The Suffolk thrower averaged an excellent 99 but hardly got a look in as Henderson stormed to a 5-0 win to give himself a great chance of winning the group.

Going into the night’s final contest, three players still had hopes of topping the table, but Reyes knew any win would do and he won two of the first three legs.

Noppert pegged him back with a 156 checkout, but the Spaniard won the next three legs in a very impressive 39 darts to seal a 5-2 victory and finish top with six points out of six.

A perfect night for Cristo Reyes who came out on the right side of some tight games to win @unibet Home Tour Group 29! pic.twitter.com/zFpnLQAjoq

C.O.V.I.D. Online World Championship: Who are the contenders heading into the latter stages?