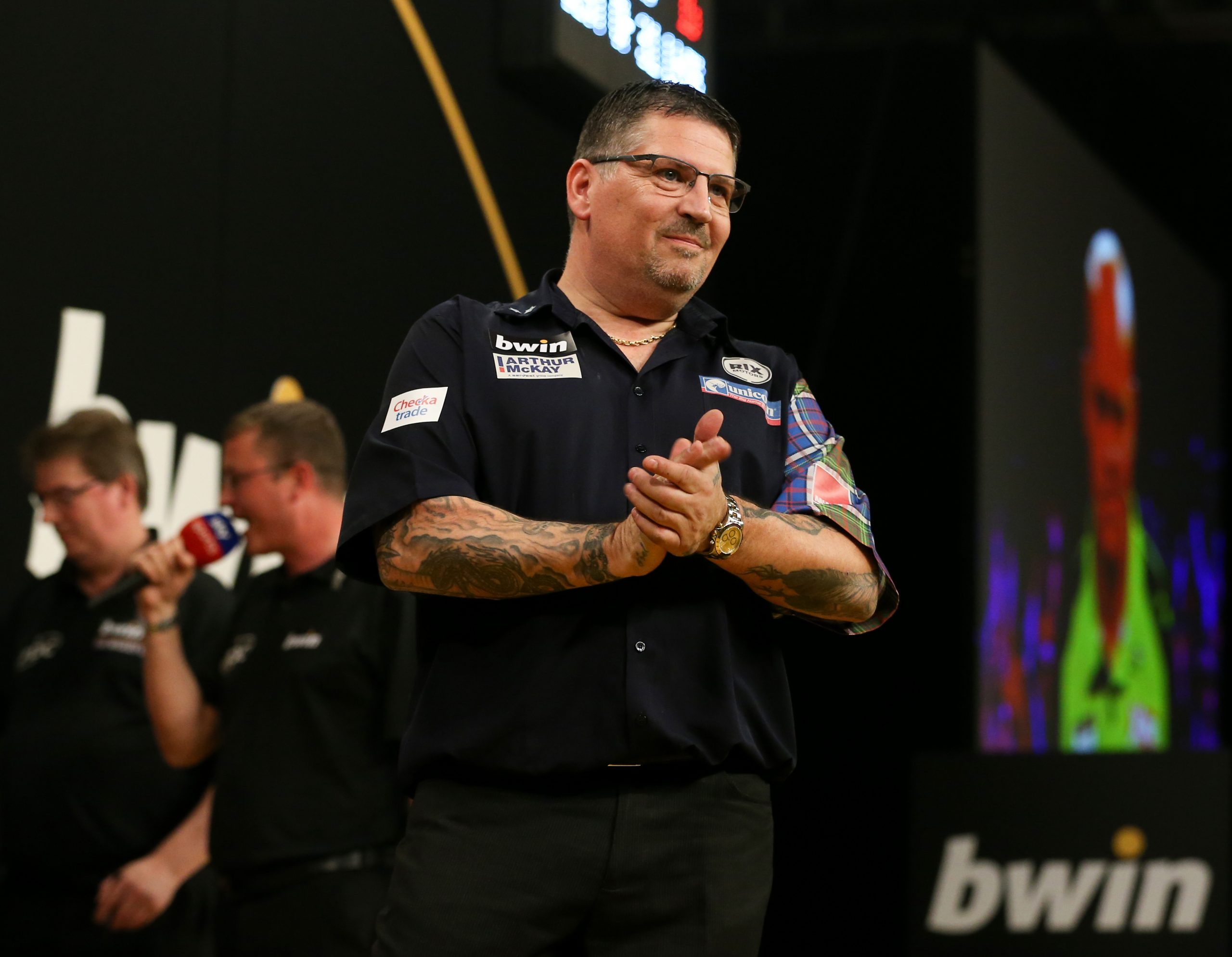 Just weeks after making the headlines thanks to his poor WiFi connection, Gary Anderson secured Group 30 glory on the PDC Home Tour on Saturday.

Anderson entered the fray in scintillating style, dropping a mere four legs throughout the duration of the evening against high-calibre opposition.

Anderson said: “There was some absolute garbage in between but I’m happy to get the win. The boys must have felt sorry for me.

“It is a bit hard. I have been pacing up and down at the back of the stage. I’m listening to the phone and I’m watching the iPad and I’ve not really got a clue what’s going on. But I got there in the end.”

‘The Flying Scotsman’ had initially withdrew from the tournament following its inception, however, having ironed out the technical difficulties, he opened his campaign with a 5-1 thrashing of Dutch thrower van Duijvenbode.

Anderson then ended Van den Bergh’s hopes with an ousting by the same scoreline, before wrapping up progression to the second phase with a 5-2 win over Belgium’s Huybrechts.

His collision with Huybrechts was a winner takes all clash after the Belgian thrower had earlier overcome both van Duijvenbode and his World Cup of Darts partner Van den Bergh.

‘The Hurricane’ recorded a 96.70 average against the two-time world youth champion, but fell short in the evening’s culminating affair against Anderson, with his 10 squandered attempts on the outer ring proving costly.

Prior to Anderson and Huybrechts locking horns in the group decider, Van den Bergh produced the performance of the night in a whitewash win over van Duijvenbode.

Whilst competing from world champion Peter Wright’s Suffolk home – where he is currently lodging amid the coronavirus pandemic, the 25-year-old ensured that he wouldn’t end his second appearance with a naught next to his name, registering a 97.60 average.

The PDC Home Tour resumes on Sunday evening with the penultimate group taking place as the first phase of the innovative tournament edges closer to completion.

A perfect night for Gary Anderson who wins the group on his first @unibet Home Tour appearance. pic.twitter.com/WNMdr7S62E

C.O.V.I.D. Online World Championship: Who are the contenders heading into the latter stages?