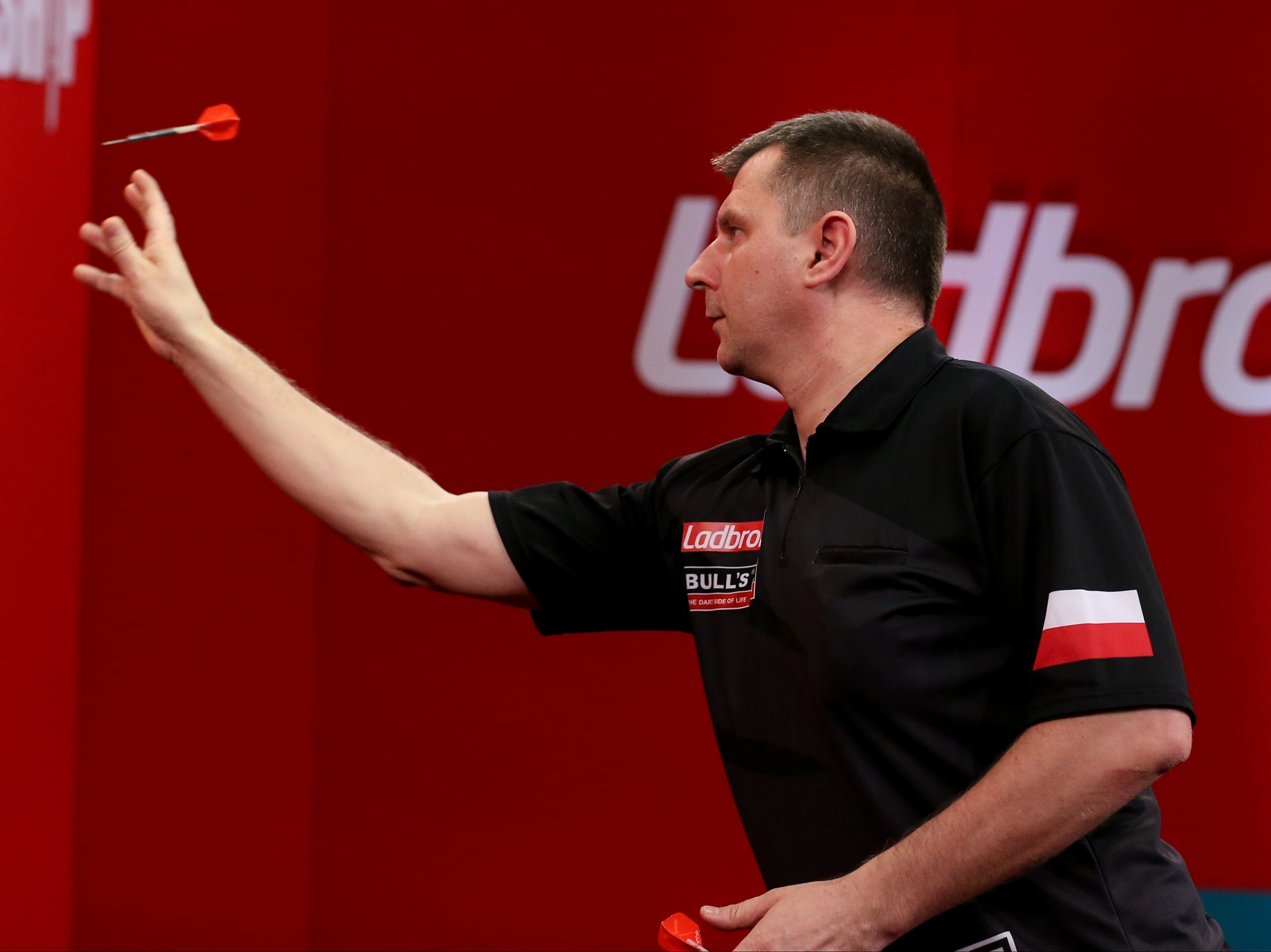 Damon Heta, Krzysztof Ratajski and Jonny Clayton were amongst seven players to progress to the PDC Home Tour II Championship Group at the conclusion of Phase Three.

Monday was a day to remember for Australian Heta and Hong Kong’s Kai Fan Leung as they secured their spots in the final day of Home Tour II action.

Heta opened his account with a tense 5-4 win over Luke Woodhouse, before later producing some of his best darts with a 5-1 win in his final match against eventual runner-up Leung.

‘The Heat’ had an overall average of 94.63 and was impressive throughout the day. Heta’s only defeat came at the hands of Ron Meulenkamp.

Liverpool-based Leung was also impressive over the course of play, picking up four wins from six matches with an overall average of 94.9.

Leung’s two whitewash wins over Meulenkamp and Woodhouse gave him the positive leg difference he needed to safely passage through to the finale of the remotely contested event.

Elsewhere, it was disappointment for online darts veteran Andy Boulton, James Wilson, Woodhouse and Carl Wilkinson who all failed to qualify for the final.

Ron Meulenkamp’s finishing position of third with four victories was eventually enough to secure his place in the Championship Group, alongside the automatically qualified Leung and Heta.

Tuesday’s group was subsequently dominated by reigning Gibraltar Darts Trophy champion Krzysztof Ratajski – who won five of his six matches to top the table and earn progression to the Championship Group.

Ratajski was joined in second place by Ross Smith. ‘The Polish Eagle’ started off proceedings with a dominant 5-1 win over Marko Kantele with an impressive 83 percent on the doubles.

The Pole followed this up with another comfortable 5-1 victory over Welshman Nick Kenny, with his only defeat of the day coming at the hands of Development Tour table-topper Ryan Meikle.

Ross Smith had another impressive day of online darts with four wins from a possible six. Smith confirmed a second-placed finish with a tense 5-4 win over former World Grand Prix semi-finalist Chris Dobey.

The Kent man lost out to Ratajski and Kenny throughout the day but his overall average of 90.68 was ultimately enough to see him through.

Dobey matched Smith’s four victories, but due to an inferior leg difference ‘Hollywood’ was eliminated from the event.

It was a disappointing day at the office for Kenny, Meikle and Joe Murnan who were also eliminated from the innovative event.

It was then a memorable afternoon for Jonny Clayton on Wednesday as the Welshman ran out an undefeated winner of Group Three.

Clayton had a blistering day which included a 170 finish, three ton-plus averages and a 106.96 average to conclude his campaign.

‘The Ferret’ saw off Bradley Brooks 5-4 in his toughest match of the day, and dropped only eleven legs over the course of his six matches with an overall average of 99.19.

Clayton was joined in the Championship Group by the departing world youth champion Luke Humphries – whose only defeat came at the hands of Clayton, with revenge potentially being on the cards in Tuesday’s finale.

Humphries best result of the day came when he produced a 5-0 demolition job on Jermaine Wattimena with a fabulous 108.91 average. Overall, Humphries had a daily average of 98.32.

Meanwhile, Kim Huybrechts missed out with three wins to his name and there was also disappointment for Brooks, Gabriel Clemens, Kirk Shepherd and Wattimena.

The second edition of the PDC Home Tour reaches its climax on Tuesday afternoon, with seven players aiming to become the second online champion.