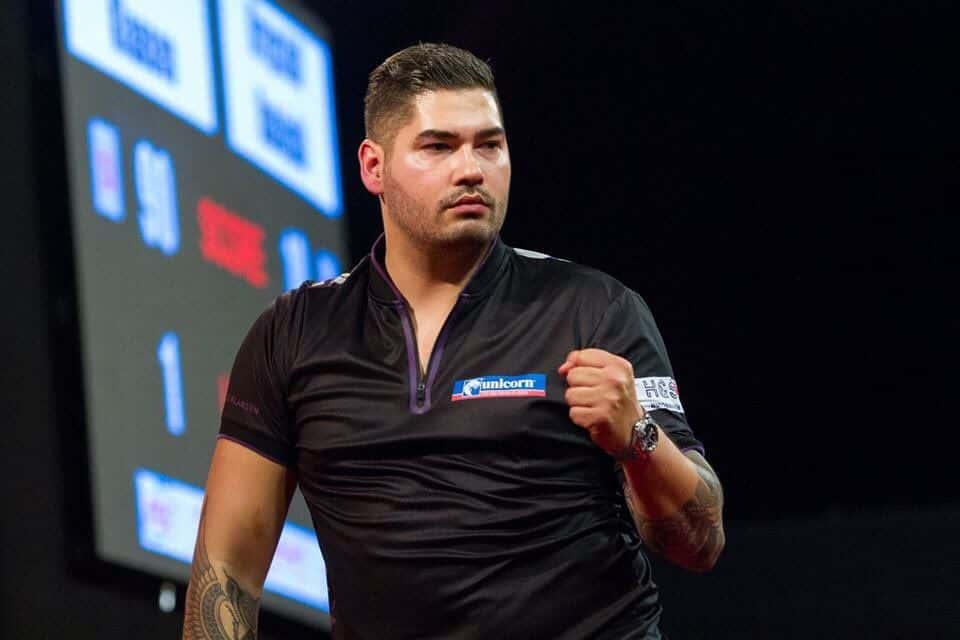 Jelle Klaasen topped Group Seven as the innovative PDC Home Tour resumed on Thursday evening but his success was overshadowed courtesy of an element of controversy in his win over Gabriel Clemens.

Prior to the professional season being grounded by the coronavirus crisis, Klaasen was beginning to regain his form after a torrid few years.

The Dutchman reached the quarter-finals of the UK Open in Minehead – which was his first major run of that kind in four years.

Both the Dutchman and Clemens enjoyed three-leg streaks throughout the contest, with Clemens battling back from 3-0 down with a blistering 132 checkout on the bull.

Legs of 12 and 14 darts sealed a crucial victory for former world champion Klaasen, however, his triumph was later criticised as viewers suggested that his winning double in the second leg landed outside its intended target.

Klaasen later played down the allegations, before taking to the oche for his final match of the evening in which he was defeated at the hands of Ryan Meikle.

‘The German Giant’ conjured up just two points, with those coming in his very first match against Meikle early on.

It's Jelle Klaasen who wins Group Seven on the @unibet Home Tour, edging out Ryan Meikle on leg difference!