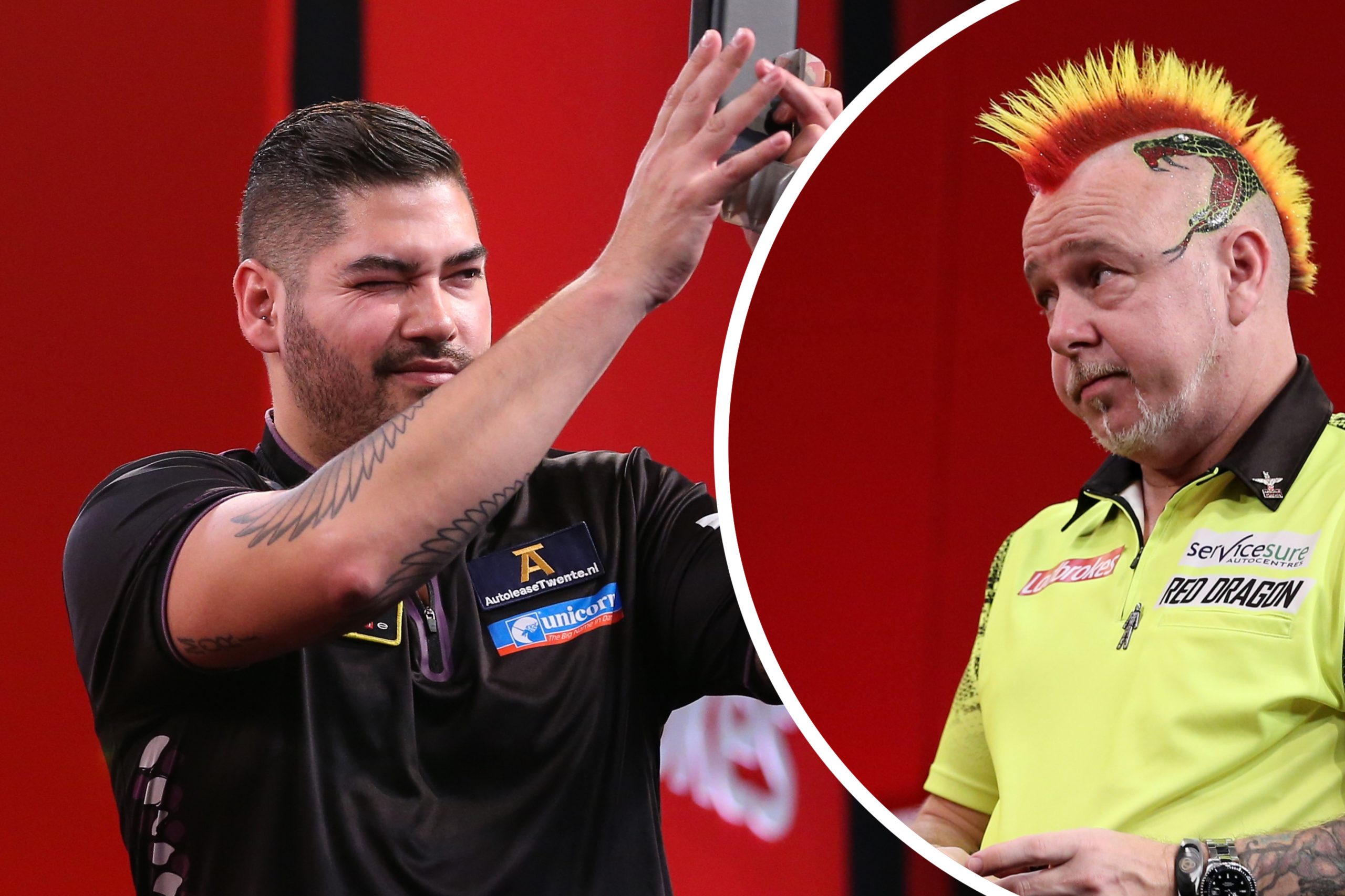 Jelle Klaasen thrashed reigning world champion Peter Wright to the progress to the semi-finals of the PDC Home Tour as the second phase commenced on Tuesday evening.

The Dutchman opened his bid with a narrow defeat at the hands of Spain’s Cristo Reyes, before beating Scottish duo Ryan Murray and ‘Snakebite’ Wright to seal the spoils.

Similar to what he achieved in the opening phase of the Home Tour, world champion Wright got proceedings underway with victory, pinning checkouts of 116 and 87 on the bullseye to comfortably deny Murray by a four-leg deficit.

Tenerife-based Reyes and eventual table-topper Klaasen then entered the fray in a topsy-turvy affair which saw both hold two-leg advantages, but a last leg decider was needed to split the pair.

The Spaniard pinned two three treble visits in the deciding leg and converted a 13-darter on double eight to seal his first two points of the evening.

Klaasen remained in place for the evening’s third encounter and got off the mark with a 6-4 victory over Scotland’s Murray, despite squandering 18 darts on the doubles.

Murray, who threatened the nine-darter in his opener against fellow countryman Wright, was left continuously picking his darts up off the floor due to excessive bounce-outs, and surrendered a 3-1 lead against the Dutchman.

Reyes then returned to his practice board in order to lock horns with his bogey player Wright, and squandered six match darts to get his second victory of the evening.

The Spanish thrower was left with his head in his hands as Wright pinned a clutch 92 checkout on double 16 to regain top spot ahead of the final round of fixtures.

Prior to the battle of the world champions in the culminating clash of the night, Reyes marginally kept his hopes intact after beating Murray 6-3 with a 92.18 average.

A memorable moment arrived in the second leg as the Scotsman miscounted his previous score, leaving commentator Dan Dawson to correct his remaining total mid-throw. However, he converted what was needed, landing treble 19, single 16 and the bullseye for an exhibition 122 outshot.

Reyes’ victorious display provided the unlikely scenario of a three-way tie at the top heading into the final match of the evening, as Klaasen and Wright locked horns in a battle of the world champions.

Wright needed five legs to secure his place in the semi-finals, while Klassen had to avoid the world champion reaching four legs to run out victorious.

The Dutchman stormed into a 5-0 lead, however, and despite Wright getting off the mark in the sixth leg and threatening to the break in the next, Klaasen eased to a dominant win.

Jelle Klaasen wins it on leg difference to move into the Semi-Finals of the @low6bet Home Tour!