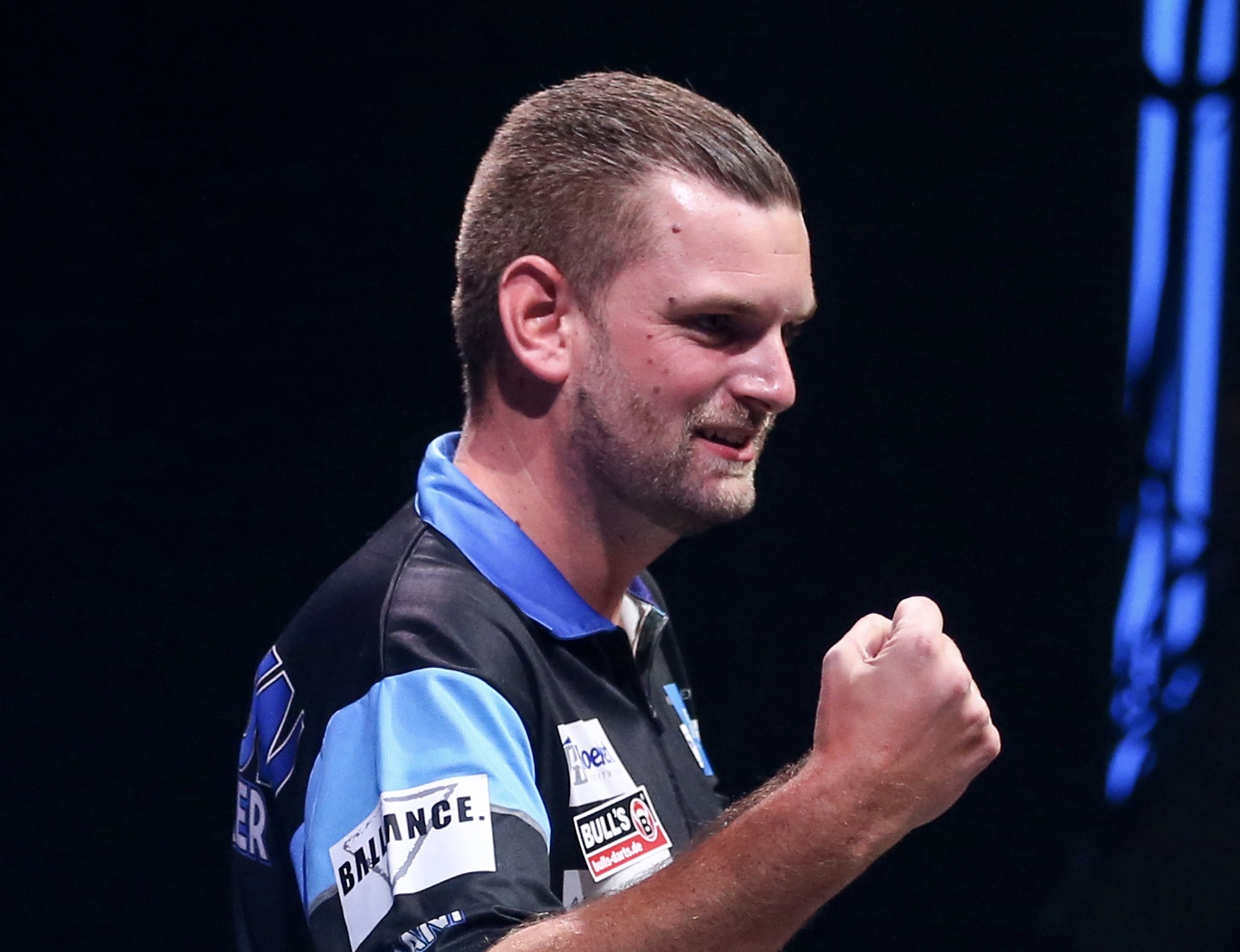 Martijn Kleermaker progressed to the second phase of the PDC Home Tour as he came through a closely contested Group Nine on Saturday evening.

Kleermaker, who was successful in earning a coveted PDC tour card on his European Qualifying School debut in January, came through a thrilling evening of action courtesy of just a single leg.

The Dutchman’s success meant that Michael Smith joined a growing list of high profile casualties, including world champion Peter Wright, Gerwyn Price and James Wade, despite averaging close to the 100 mark in all three of his matches.

Kleermaker began his campaign with an inspired comeback against Smith – who stormed into a 3-0 lead, only to be pulled back by the newly-integrated tour card holder, before losing five legs in succession and falling to a disappointing defeat.

After pinning checkouts of 110 and 128 and completing a nerveless 14-darter in the decider against ‘Bully Boy’, Kleermaker fell to his first Home Tour defeat at the hands of Matt Clark.

He then returned to winning ways with a 95.11 average in overcoming a valiant Harry Ward, though, was left bitting his fingernails heading into the final fixture of the night.

Matt Clark, who had beaten both Kleermaker and Ward going into his final match, remained within touching distance of topping the table, but it was Smith who ran out a 5-3 victor, handing the Dutchman top spot.

Both Clark and Smith were left visibly disappointed following their banter-riddled encounter, however, the pair each produced moments of brilliance throughout the evening.

The man known as ‘Superman’ pinned a breathtaking 161 outshot in his clash with the former World Championship finalist, while Smith pinned 11 maximums – the most by any player in the new online initiative so far.

It could barely have been closer, but Martijn Kleermaker has won @unibet Home Tour Group Nine by a single leg!

A dramatic end to the night saw Matt Clark miss a dart to win the group in the last game of the night against Michael Smith. pic.twitter.com/RhEzJMCWB1