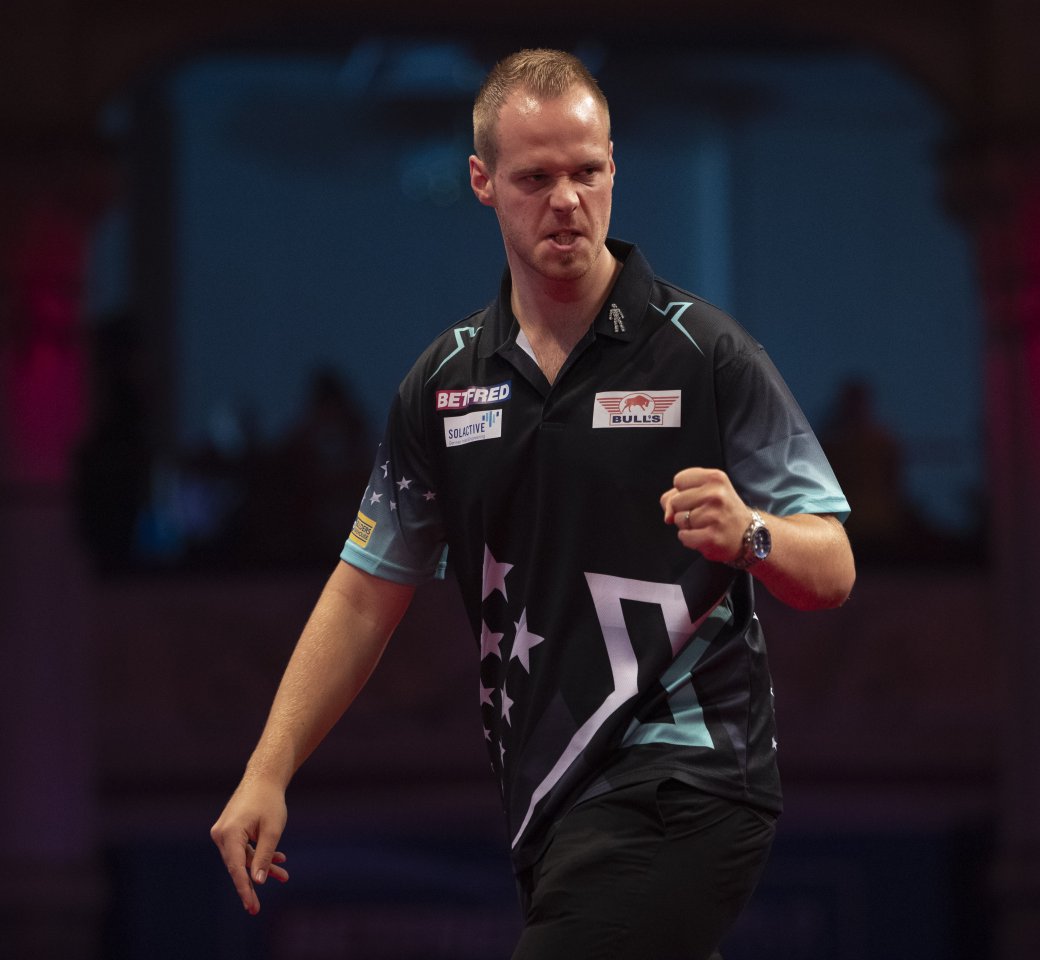 Max Hopp won his final three games in Group 12 of the PDC Home Tour to finish top of a rejigged table after Keegan Brown failed to complete his trio of matches due to Internet issues.

Conan Whitehead was sitting pretty at the top of the table before Brown’s connection was lost, and after a short delay, the decision was made to void Brown’s result with ‘The Barbarian’ and continue in a 3-man group with everyone playing each other twice.

That meant Whitehead’s lead evaporated and that he had to beat at least one of Hopp or Mike De Decker to seal his place in the tournament’s second stage.

Belgian youngster De Decker, who has been a different player on the ProTour so far in 2020, hit a 12-darter on his way to picking up the first two points of the evening courtesy of a 5-3 win over Hopp with an average of 94.61 and 63% on the doubles.

Then came Brown’s game with Whitehead, which the Kent thrower won 5-3 with a 97 average, but it would be rendered null and void later in the night.

BDO World Championship quarter-finalist Whitehead picked up his second win of the night against De Decker. ‘The Real Deal’ took a 2-1 lead, but missed crucial doubles to allow ‘The Barbarian’ to clean up for a 5-2 win.

Whitehead had the chance to seal what he thought would be a clean sweep in his game against Hopp, but it was a double disappointment as the German took a scrappy match 5-3 before Whitehead found out one of his wins had been stripped from the record books.

‘The Maximiser’ carried on his momentum from that, winning the last three legs against De Decker for a 5-3 success, and moving into an unassailable lead with a 5-2 defeat of Whitehead.

The doubles made the difference for Hopp in his final win, with only four missed throughout the match and the points being sealed with an unconventional 70 checkout on the bull.

That meant the final contest was for second place in the group, and Whitehead seemingly couldn’t shake off the night’s disappointment, going down 5-1 to De Decker.