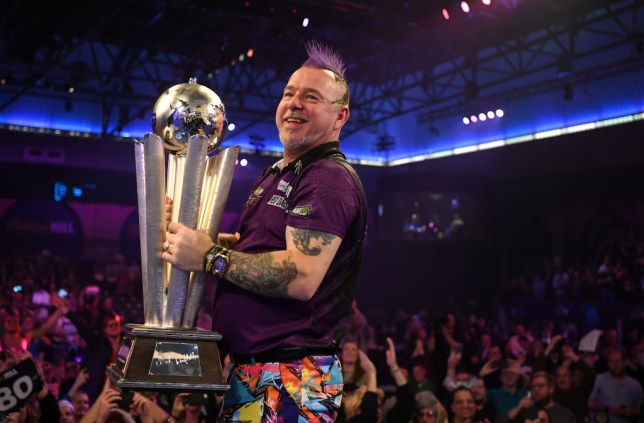 World Champion Peter Wright and world number three Gerwyn Price will feature in the opening two nights of the PDC’s all-new Home Tour after the schedule was announced on Wednesday.

Following the success of two one-off editions of ‘Darts at Home’, the PDC announced their Home Tour with players competing via a webcam setup in their own practice rooms.

There are set to be 128 players involved with an opportunity for all Tour Card holders to participate.

The first of 32 consecutive nights of action in the first round will be on Friday as Wright goes up against former ProTour finalist Peter Jacques, 2018 World Championship semi-finalist Jamie Lewis and promising youngster Niels Zonneveld.

The winner of that group will progress to the last 32, which will be played once all 32 groups have been completed.

The second of those groups will be on Saturday evening as Price faces a considerably tougher group than ‘Snakebite’ with Ted Evetts, Luke Woodhouse and Rowby-John Rodriguez awaiting.

Evetts has dominated the Development Tour in recent years and sits on the cusp of the top 64, while Woodhouse has emerged as a future star recently and Rodriguez has shown glimpses of what he’s capable of inconsistently since regaining his Tour Card.

The big names keep on coming as World Grand Prix runner-up Dave Chisnall looks to get a disappointing 2020 so far up and running on Sunday.

Chisnall’s decision to wear glasses during matches seems to have negatively affected his form this year, but maybe this break will do him good.

There’s a much more open group on Monday, with any of the four players, Ross Smith, Lisa Ashton, Mickey Mansell and Geert Nentjes, having a great chance of progressing.

Smith enjoyed the best year of his career in 2019, the highlight being knocking Michael van Gerwen out of the European Championship, while Nentjes produced several upsets on the Players Championship circuit on the way to breaking into the top 80.

History-maker Lisa Ashton has had a solid start to her first year on the ProTour, and will fancy her chances of a run in the PDC Home Tour.

Plenty of darts to look forward to over the coming weeks, hopefully taking us up to the resumption of the proper action, and it should get off to a flying start with the World Champion in action on Friday.