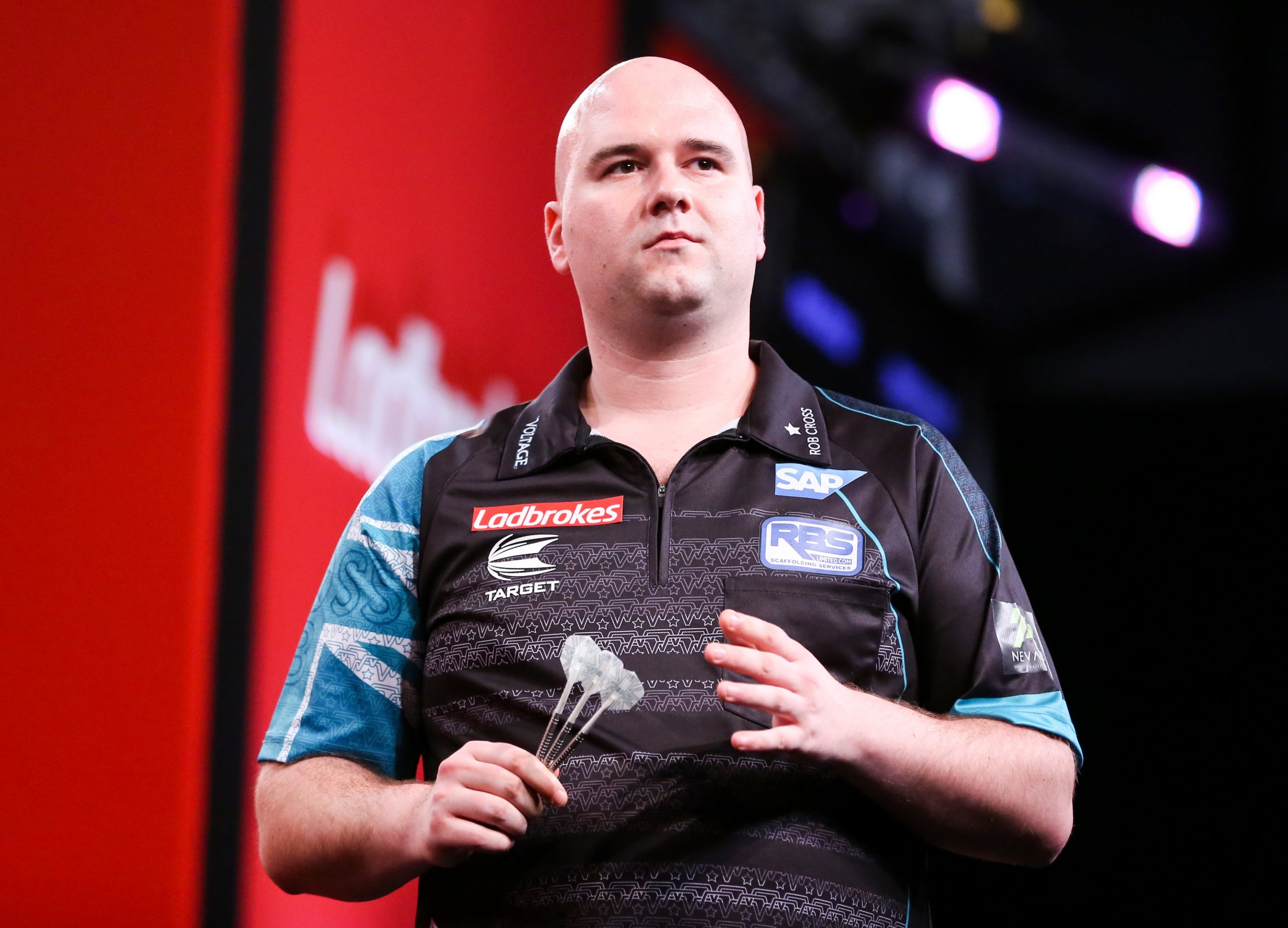 World number four Rob Cross became the highest ranked player to prevail to the second phase of the PDC Home Tour as he staged a remarkable comeback on Thursday.

Cross, whose grandfather recently passed away at the hands of the coronavirus pandemic, won all three of his matches despite performing far from his usual best.

Following relatively comfortable victories over both van den Bergh and Borland, four legs were required in order for Cross to clinch top spot in the evening’s final match.

After managing to fall four legs behind against the Czech sensation, the Hastings-based thrower reeled off five legs in succession to maintain his unbeaten streak.

He told Dan Dawson after topping the group in remarkable fashion: “On the darts front, I am disappointed with the way I played tonight.

“On the other stuff, life is hard at the minute and I miss the old boy [grandfather Colin] like anything, but at the same time we have a job to do, and he would have wanted me to do well.

“I got through tonight, we can count our chickens and carry on moving on and I promise I will be better next time.”

It was eventual table-topper Cross who got proceedings underway on Thursday evening as both he and Scottish youngster, Borland, registered sub-80 averages apiece in a low-quality opening affair.

Belgium’s van den Bergh then entered the fray with an impressive performance in thrashing a solid Sedlacek, pinning a 112 checkout and four of his legs in 15 darts or less.

In the third match of the night, both Borland and Sedlacek were in desperate hope of success after being handed heavy defeats in their opening encounters. It was the Czech number one who grasped at the opportunity.

Sedlacek averaged just short of the 94 mark and converted five of his attempts on the doubles, as he scuppered his Scottish opponent’s hopes without allowing him a shot on the outer ring.

Van den Bergh, who is currently lodging with reigning world champion Peter Wright until the culmination of the lockdown period, then faced Cross in a top-of-the-table tussle with missed doubles proving popular in a topsy-turvy affair.

With scores level at three-a-piece, the Belgian youngster squandered a hatful of darts at double, handing Cross a slender advantage, before sending the match to a decider with a 68 checkout.

Missed doubles once again proved costly for van den Bergh as Cross closed out a narrow victory on double four, leaving himself in pole position heading into the final round of fixtures.

Subsequently, van den Bergh was on the wrong end of another defeat as a blistering Borland turned the tables whilst producing the performance of the night, and ensuring that he would not end the evening with a naught next to his name.

The former PDC Development Tour event semi-finalist recorded an extraordinary 103.80 average and found five of his seven attempts on the doubles in an empathic 5-3 win.

Following the Belgian star’s unexpected defeat, both Sedlacek and Cross locked horns in the night’s finale, with the latter needing four legs to clinch top spot.

Sedlacek then materialised a surprise 4-0 advantage, and squandered a match dart for a whitewash win and top spot. However, Cross flicked the switch from that moment, pinning a maximum in five successive legs to complete a remarkable comeback.

Rob Cross wins the group on Night 21 of the @unibet Home Tour.