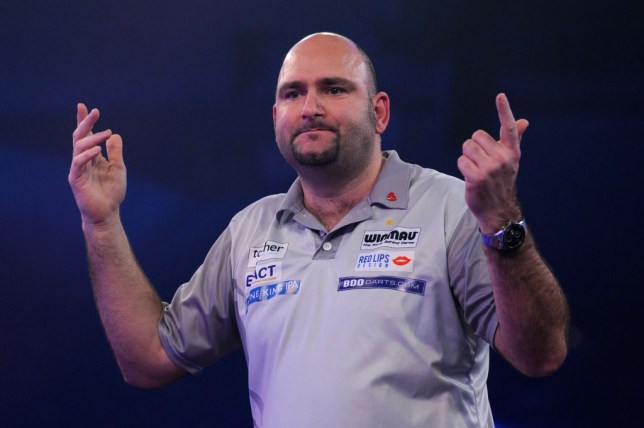 Scott Waites only dropped five legs in collecting a clean sweep of victories to top Group 27 of the PDC Home Tour ahead of Ross Smith, Steve Beaton and Ron Meulenkamp.

Waites qualifies for the second stage of the tournament, which will start on May 26 after the format was confirmed by the PDC today.

The evening got underway with a clash between two former Lakeside champions, Waites and Beaton, and both were difficult to break in the early stages, making it 3-3 after six legs.

‘Scotty Too Hotty’ then piled in back-to-back 180s on the way to that elusive break, which gave him the impetus to win the match 5-3.

He was joined on two points by Smith, who hit 5 of his 7 double attempts in a 5-1 win over Ron Meulenkamp.

It wasn’t going Meulenkamp’s way in his first two matches as Waites then whitewashed him despite having a lower average, timing being the key in that one.

That ended the Dutchman’s chances of winning the group, and Steve Beaton’s hopes were gone after the next match as he lost 5-4 to Smith.

It was a topsy-turvy game with the lead changing hands as much as is possible in a best-of-9, but ‘Smudger’ won the last two legs to move level on points with Waites.

That meant it was a winner-takes-all clash between former pairs partners Smith and Waites to decide who would make the most of their second opportunity in the Home Tour and qualify for the last 32.

Halifax man Waites surged into a 3-1 lead and despite being begged back by a 66 finish from Kent’s Smith, Waites won the last two legs in 25 darts to win 5-2, incredibly without missing a double in the match.

The night’s final contest was for third place, and it was another entertaining one as Meulenkamp overcame leads of 3-2 and 4-3 for Steve Beaton by pinning a 161 checkout in the decider for a 5-4 win.

The PDC Home Tour continues on Thursday evening with Michael Smith and Luke Humphries both taking to their oches.