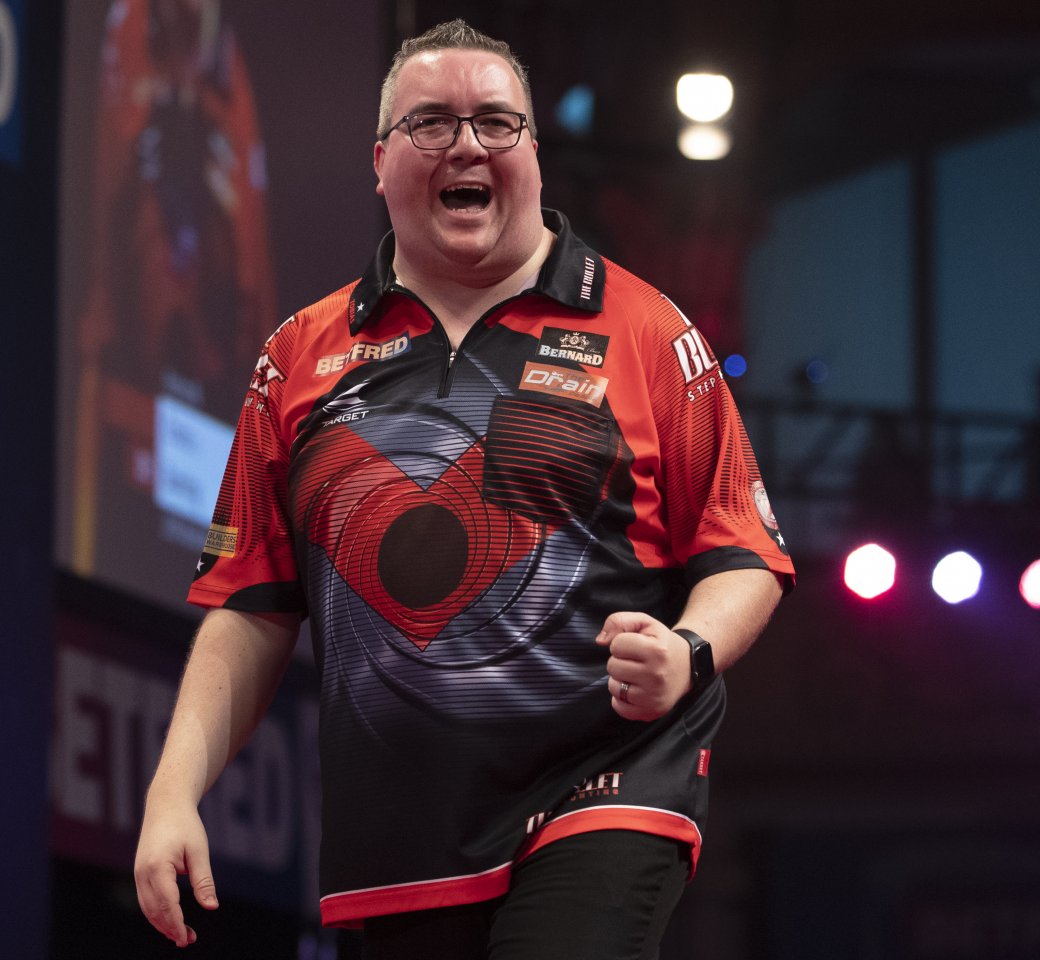 Stephen Bunting won all three of his games to storm to the top of the Group 18 table in the PDC Home Tour, becoming the latest player to qualify for the next stage of the competition.

He was in trouble against tour rookie Harald Leitinger in the very first game of the evening, but recovered from 4-2 down to win and never looked back, seeing off Kim Huybrechts and Nathan Derry comfortably.

Huybrechts and Leitinger could consider themselves unlucky overall, especially the Austrian, who only picked up one win, despite averaging more than 91 in all three of his games.

The evening’s action got underway with the former Lakeside champion and Q-School graduate Leitinger, and despite an unspectacular start to life on the tour, Leitinger played some excellent stuff to lead 4-2.

However, Bunting came back in style, two 14-darters and a 13-darter helped him turn around the deficit and get off to a winning start.

Former major finalist Huybrechts also picked up two points from his first match, beating Nathan Derry 5-2 despite a 122 checkout from the Norfolk thrower.

Derry then ran into another clinical performance, failing to win a leg against Leitinger, who put himself right back into contention.

Bunting stormed into a 4-0 lead against Huybrechts in what was the night’s pivotal encounter. The last couple of years have seen a resurgence from ‘The Bullet’, and he showed that form on the Home Tour, averaging over 100 against Leitinger then more than 98 in completing a 5-1 victory against Huybrechts.

There was a pattern emerging of one-sided matches, and ‘The Hurricane’ benefited from that for the second time courtesy of a 102 average and 56% on the doubles against Leitinger.

The Austrian did manage one leg, but the result was enough to end his hopes of qualifying. It meant Bunting needed three legs in his final game to win the group.

It didn’t take him long; Gorleston’s Derry didn’t get going all night and the St Helens man produced an incredible first-nine average of 125.

Handfuls of missed doubles meant his overall average was nothing to write home about, but all in all it was an excellent night for ‘The Bullet’, topping Group 18 with a 100% record and only six legs conceded.