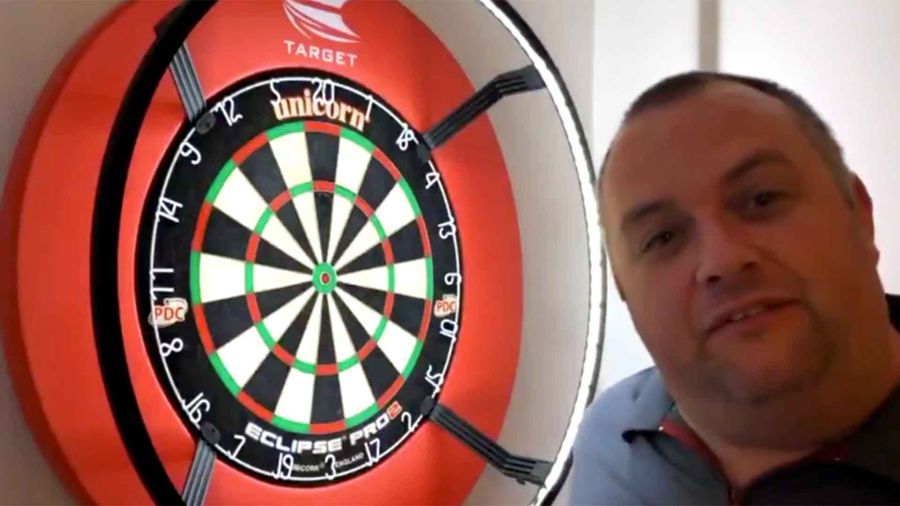 Carl Wilkinson found himself in unstoppable form as he claimed Group 13 on the PDC Hone Tour ahead of former world champion Steve Beaton, Callan Rydz and Matthew Edgar.

Wilkinson, who before making his debut in the darts at home initiative had won just twice on the PDC ProTour this year, remained unbeaten on Wednesday evening with a flurry of fantastic performances.

The world number 89 was deemed the most unlikely table-topper according to bookmakers prior to the night’s action commencing, however, he denied the odds and won all three of his matches in comfortable fashion.

After winning his opening two matches to the loss of a mere three legs, Wilkinson needed to win just two legs in his culminating clash against former world champion Beaton, and did just that in flying colours.

Over the moon to win a quality group tonight. Many thanks to @OfficialPDC and @DanDartsDawson for a quality night. Up the Yorkies!!!!

“I’m delighted, but I’ve made three men angry,” joked Wilkinson. “I hope I don’t draw them in the first round when we get going again.”

Beaton subsequently praised the Yorkshireman on his success: “I gave it a go, I was fighting a battle. My worst game was against Matt Edgar and I have got to live with that for the rest of my life, losing to Matt Edgar! It was all good fun, I enjoyed it and Carl played brilliantly.”

It was North Walsham-based Beaton who got the 13th evening of the innovative lockdown tournament underway as he comfortably overcame former PDC Development Tour event winner Rydz in a scrappy affair.

Wilkinson, a former Polish Open champion, then arrived on the scene with a scintillating showing in whitewashing Edgar.

101.6 average from Wilkinson as he beats Matt Egdar 5-0 in his opening game.

The eventual champion recorded a breathtaking 101.55 average in thrashing the two-time World Championship qualifier, finishing four of his five legs in 15 darts or less and pinning 56 per cent of his attempts on the doubles.

Rydz then proved a tougher customer for Wilkinson as he led 3-2 in the pair’s meeting, but the Barnsley man overturned the deficit – hitting a magnificent 160 checkout and 96.12 average en route – and moved clear at the top of the table.

Despite enduring a whitewash defeat in his opener, an exuberant Edgar proceeded to keep his hopes of clinching top spot alive with a doubling masterclass and a thrashing of his own over Beaton.

Matt Edgar gets his first win on the Unibet Home Tour… and it's a convincing one!

He beats Steve Beaton 5-1 to put himself back in contention on Night 12. #Unibet180 pic.twitter.com/uKgackZYtV

However, the internet sensation’s aspirations were short lived as 21-year-old Rydz scuppered his slim chances. ‘The Riot’ reeled off three legs in succession from 2-2 to ensure that he would not end the evening with a naught next to his name.

In the concluding encounter of the evening, Beaton was left needing a 5-1 win or better to snatch top spot from the clutches of Wilkinson, though, he failed to achieve that feat with the 35-year-old easing to victory.

Wilkinson now progresses to the second phase of the Home Tour, joining the likes of Nathan Aspinall, Dave Chisnall, Max Hopp and nine-dart hero Luke Woodhouse in doing so.

The PDC Home Tour resumes on Thursday evening with a mouth-watering Group 14 of the innovative tournament taking place.

World Grand Prix semi-finalist Chris Dobey headlines the bill, lining up alongside Dutchman Ron Meulenkamp, Ireland’s Ciaran Teehan and Kai Fan Leung – who will be tuning in from his practice board in Hong Kong.

A perfect night for Carl Wilkinson tops Group 13 of the @unibet Home Tour by a distance!

The Yorkshireman scored a hat-trick of wins over Steve Beaton, Callan Rydz and Matthew Edgar. pic.twitter.com/IYJbKY12vJ