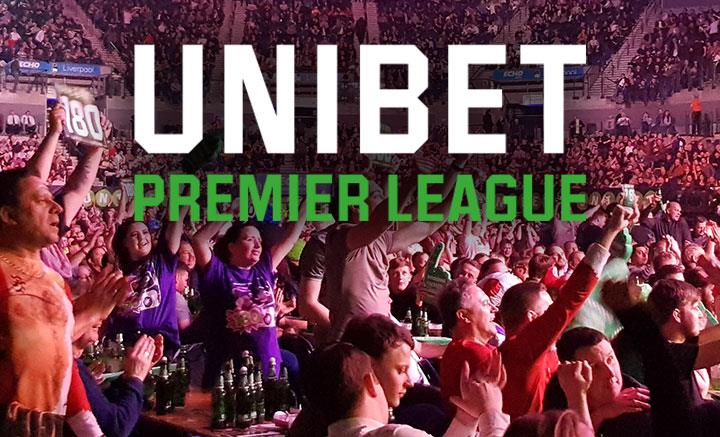 So here we are again, this week off to Westpoint Arena in Exeter with local thrower and World Youth Champion Luke Humphries in action as this week’s challenger.

First up is Northern Ireland’s Daryl Gurney, winless in four attempts, taking on Rob Cross. Every week it’s a challenge for Daryl, but we all know he is more than capable but he is just not firing as yet in the Premier League. Rob Cross will look to pounce on any weakness that Daryl shows. Hopefully this is Daryl’s week and he gets off well and continues. I think this is a draw 6-6.

Second match Gerwyn Price the newly crowned Belgian Dart Champion takes on three time BDO winner Glen Durrant. Not hard to predict this one as Gerwyn seems to be on a crest of a wave and I can see no other result but a win for Price. Price 6-3.

Third match is Snakebite vs The Asp – which one will strike first? An intriguing game this one, Aspinall continues to race up the rankings and Snakebite is the newly crowned World Champion. Snakebite has been putting in some serious serious averages on the floor but then hasn’t totally shone at the Premier League. Is this the week the real Snakebite turns up, he will have to or Aspinall will have him. Snakebite to win 6-4.

Gary Anderson next against World Youth Champion Luke Humphries. I cannot see anything other than a win for Anderson. Humphries is a real talent but he is not on the level that Anderson is, in my opinion. Unless the dreaded back problems arise, Anderson to win 6-3.

Last up tonight is Michael Smith versus Michael Van Gerwen. Two of the most talented guys in world darts. Michael Smith is undoubtedly capable of beating anyone, and I mean anyone on planet darts. MVG is the same but he does it on a more consistent basis. With that in mind MVG has not been the same invincible monster he was previously and is vulnerable nowadays. It’s a brave man to bet against MVG and it won’t be me this week. Very rarely does MVG get beat consecutively by the same person. He will be up for getting his revenge on Smith for knocking him out of the Belgian Darts Championship. MVG wins 6-4.